Strange bangs and an opps moment. 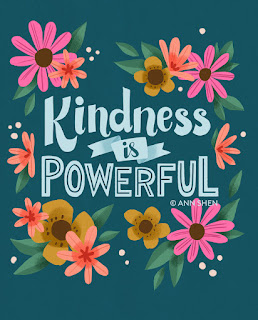 Well hello one and all.

Here we are into a new week and moving onward through October. Yes I said October. I know, I am still trying to work out where 2021 has gone, especially as we seem to have spent so much of it at home. But enough of that, I think we can all say we have had enough of Covid-19 and what comes with it, even though we are still being very careful.

In my post title, I have written strange bangs and that is because, when you are woken up at 1.20am by loud bangs early hours of a Saturday morning, it is going to set your brain a racing. I almost shot upright in bed, which woke poor Keith up. At first there were four loud bangs coming from close to our boat. I lay back down and wondered if I should go and investigate. I am not the bravest of people, but I was having thoughts of someone breaking in on site, or someone in distress. It went quiet for a few moments, when there were four more loud bangs. I decided to be brave and jumped out of bed and donned my slippers. To make sure I did not disturb anyone who may be around outside, I opened the engine room doors very quietly and crept outside. Our security light came on, but the banging continued. The sound was coming from by the main gate, which had me wondering was someone trying to break in? I crept up the steps and kept low, as to not draw attention to myself. I could hear voices, so I kept low and managed to look between the hedge and the gate post. I saw a car and three men. One was lying on the floor, with two others bent over with torches and it appeared that they were trying to either change a tire or repair something to do with a wheel. At this point, I kind of realised they were not up to anything naughty, so I would leave them to it and head back to my nice warm bed, because I would be absolutely no use to them in my PJ's and slippers. As I got back inside the boat, Keith was just getting himself sorted to come out and see what was going on, which was not needed. Back in bed, there was the banging again and they began shouting. I was almost tempted to go back out and ask them to keep the noise down, but then thought, maybe that is not what they wanted to hear, but at 1.20am in the morning some people need to realise they need to keep their voices and noise down, because noise seems to travel when it is so quiet. On reflection, I could of asked if they needed any help. But the sight of me in my tartan PJ's and slippers, may have been more than they needed to see and Keith would have been no use. Anyway, about half and hour later, the banging stopped and I heard a car drive off, which could only mean they had fixed the problem or decided to carry on regardless (There is a movie title in there somewhere).

The weekend, was spent actually having an Autumn clean out and a bit of pruning. The weather was not the greatest, because we have had a lot of rain, which has made the ground very muddy under foot, but I wanted to get some cutting back and pruning done. I wanted to plant some bulbs, but the ground was too wet. With the gardening jobs done before lunch, I turned my attention to having an Autumn clean. Yes I know, we all try and do this in the Spring and I did it in the Spring, but I felt the need to go through the cupboards and drawers and have a tidy and clear out. I hate keeping things I have never used or worn for more than six months. I had a dustbin bag full of rubbish and a bag with things for the charity shop. If someone else can get some wear or use out of anything I am getting rid of, I am glad. These days we throw away far to much stuff, when in fact someone else would probably love the items. The rest of Sunday was spent watching movies. I love a good movie on a Sunday, because I like to relax on Sundays. Movies for the afternoon were 'Sweet Home Alabama' and 'How do you know', both films starring Reese Witherspoon.

Here we are Monday and it is a day of sunshine and showers. No gardening, even though the sun is out, because the soil is too wet. We got out for our morning walk. This morning it took us around our local cemetery, which is 28 acres and is beautiful. The workmen were there busy trimming bushes, putting up scaffolding and cutting the grass. There was a notice on the gates, saying they will be turfing new graves soon. There is always something to do. Back home, I riddled the fire and made it up for the day, made a coffee and carried on with my sorting out. Lunchtime was calling and I decided we would have jumbo fish fingers, with peas and potatoes. I opened the freezer and pulled out the fish fingers and grabbed a bag to get the peas out. The bag I grabbed was the sweetcorn, the one big problem was the plastic sealing clip on the bag had come undone, so as I pulled the bag out of the freezer, the clip came off and the sweetcorn went all over the place. 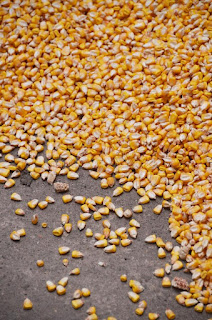 There was sweetcorn all over the place. I managed to save most of it, but sadly I had to sweep some of it up with a dustpan and a brush, so it had to be binned. I hate binning food, but this had to go in the bin. Note to self: Check food bag clips before taking things out of the freezer. Along with our fishfingers, potatoes and peas, we ended up having some sweetcorn as well. On the plus side we had two of our five a day and the floor got a good wash.
As the afternoon has worn into the evening Facebook is down, as is Intagram and Whatsapp. I wonder who pulled the wrong plug out? Castaway is on the TV tonight. Oh I do love a bit of Tom Hanks. Time to put my feet up and contemplate tomorrows jobs.
Pop back soon xxx