Where did that go? 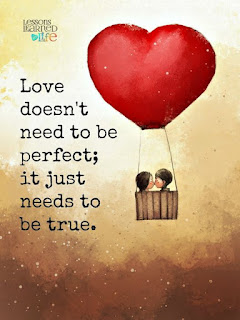 Hi family, friends and followers.
It is a thoroughly miserable day out and more rain forecast, with strong winds added into the mix. Having put the new glass in the stove door yesterday, this morning I relit the stove, because it is rather nippy. In fact we were both chilly last night, but I wanted to make sure the rope glue had gone off, before lighting the fire, so last night we just added another layer of clothes and wore snuggy PJ's to bed. 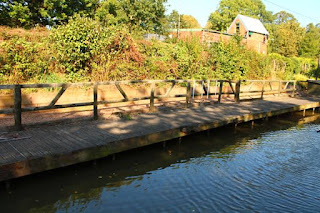 This morning on my Facebook page, I had a memory come up from 8 years ago and today is the day we moved onto our first residential mooring in the Arm. Where on earth has that time gone? I remember that day so well, because we were both so excited to have been offered the mooring with the garden, which was in desperate need of sorting. I wasted no time in getting stuck in. Within two weeks, I had the garden stripped and began sorting it out. We soon had it looking better and we actually loved our garden there, we had got it just how we wanted it with a pond, rockery and lots of planting. Coming up is our 3rd anniversary of moving to our new mooring in the Arm. This past three years has certainly flown by and been very different, what with Covid-19 and the lockdowns. We came home to our new mooring early, because our generator had failed whilst we were out. 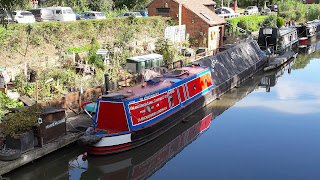 Having our home mooring, has been a precious thing for us, because if we had been still out selling coal, Keith would of died in the January of 2014. I am a huge believer that things happen for a reason and we were meant to have our mooring and Keith was meant to survive.
As the day has worn on and the fire has made the boat all cosy, we discovered that our galley tap was leaking again. We had changed a washer on the cold side of the mixer tap, but now it was leaking from around the actually tap head. I tried to sort the problem, but failed so I phoned Simon, who is in the Arm and is our go to man when we need something done. Simon is a blacksmith by trade, but does all sorts of work on boats and not on boats. For instance, he helped with the building of our wooden terrace at the top of our garden. He can turn his hand to most jobs and every boater in the Arm calls on him, when a job needs doing. Keith would do the tap himself, but what with his hernia and back, it is just not possible. After lunch Simon popped up to have a look at the mixer tap and it was decided that after over 14 years of use, it needs replacing and he reckoned he had one at his work shop, so we are now waiting to hear back from him as to whether he does have one or he needs to get on. In the meantime, I am putting tea towels behind the tap to soak up the water dripping from the joint. There is always something to do on a boat. The mixer tap has certainly done its job and the hope is a new one will last just as long.
It is still miserable out, but we did get a quick walk in. The plan now is to stay indoors and watch films for the rest of the day.
Pop back soon xxx
Posted by Jo Lodge at Thursday, September 30, 2021