Time to get physical.

Brrrr a chilly few days, with snow on and off. Not enough snow for my liking, but hey ho. 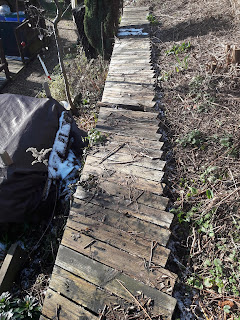 On our wonderful mooring, we have our garden running alongside it and across the back of the garden is a 70ft walkway, which is there, so we can cut the hedge, which also runs along the mooring. Since we moved onto the mooring back in 2019, we have been worried about the walkway, because it leans and some of the slates on top are rotten. 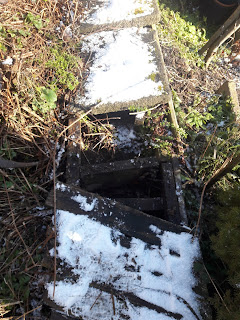 We are having it replaced by a friend and having spoken to him this morning, I agreed to start dismantling the walkway, so he could see what lay beneath. 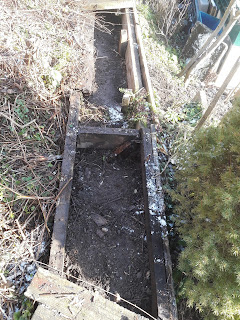 What lies beneath is soil, timber and broken paving slabs. The walkway has been there a number of years and because it open to all of the elements it has rotted from the inside out, which means it will all need replacing. 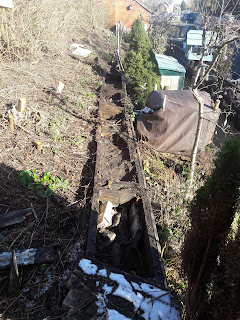 An hour later and I had taken all the top slats off, which pleased Mr Robin no end, because he could have a nosey around for something to eat. We are planning to use some of the timbers taken up from across the canal. Our site manager has been replacing some of the odd side pontoon and some of the timbers are still in good condition, so we are going make use of it. 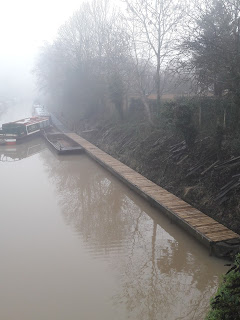