Day 7, 8 and Nine. Playing in Birmingham. 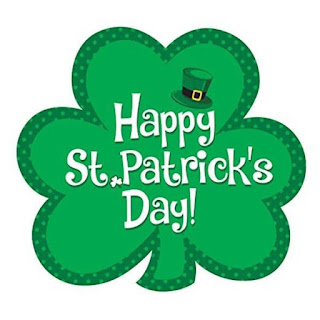 Happy St. Patrick's Day to you all.

On Friday we set off from Catherine de Barnes, in a breeze and a bit of drizzle. To be honest it was not to bad. The outskirts of Birmingham are actually quite pretty in their own way. 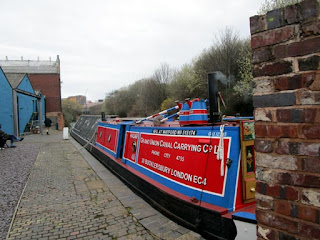 Our day ended up moored on Minerva Wharf, Warwick Bar, Digbeth, where friends of ours have one of the units.
It was an extremely blustery night and heavy rain, but we were fine where we were moored.
Saturday morning dawned and we decided that we would spend it in the Thinktank. 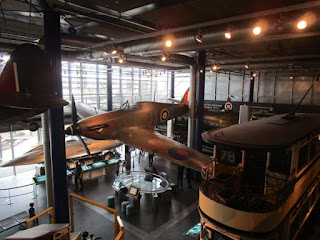 We had never been to the Thinktank before, and we were not disappointed. There is so much to see and do especially for the children. 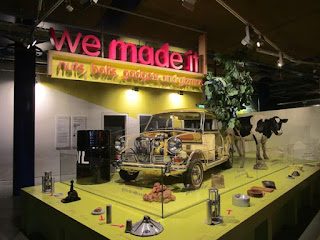 We had lunch in one of the cafes, before finishing off looking around. If you have never been there, do give it a go.
On our return to the boat, we popped into see our friends Lou and Alison. We spent a lot of time chatting and laughing over coffee, before it was time to let them get on and I needed to do something for dinner. The wind finally calmed down overnight, which was a blessing, because it has given us disturbed nights.
Sunday morning. St. Patrick's Day and we were going to do something we have never done before and that was go to the 3rd largest St. Patrick's Day parade in the world. 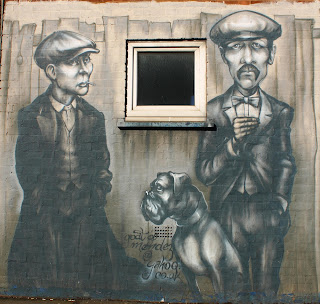 Firstly we went around the area of the old Custard Factory, which is now known for its Graffiti art. There are some very talent people out there. This is art, not the tags you see on walls, which are just words. 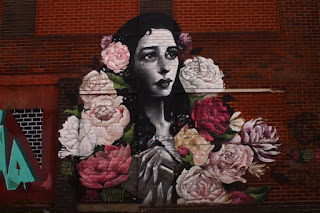 Having enjoyed all the art work we could get too, we went and found a spot to stand for the parade, because 100,000 people were expected at the event. We were actually standing on Digbeth high street an hour before the parade, watching people coming and going. Some of the sights did make me giggle. Many of the folk there headed to the Old Crown pub for a pint. It is the oldest pub in Birmingham dating back to 1368. The queue was extremely long. 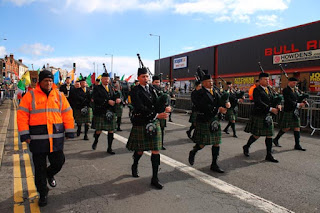 The parade began not long after 12 noon in the sunshine, although it was cold with a breeze. 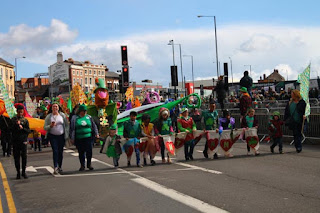 The atmosphere was amazing, so we were so glad we decided to attend. 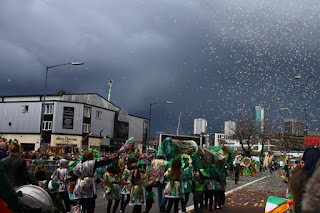 The problem then came with the black clouds gathering, because it absolutely hammered it down with rain, sleet, snow and hail. We had all the season within half an hour. 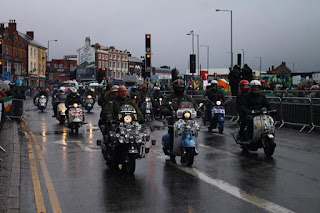 It did not stop the parade or those attending enjoying the whole event, which runs into the evening. Again if you have never attended the parade, do it at least once in your life, because it was excellent. Back home and we are spending the evening relaxing, ready for moving tomorrow, because Farmer's Bridge locks are now open.