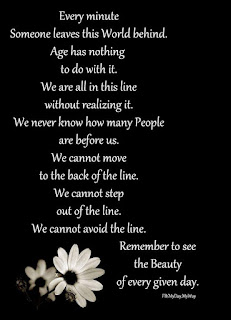 Morning arrived and with it a dry, mild start for a change. In fact the whole day stayed dry, although the sun decided it was staying in bed all day and did not so much as give us a glimmer. Hubby went off food shopping, which had been delayed due to the rain yesterday. He set off with the shopping trolley and his rucksack and I got on with tidying the boat. Whilst he is out, it gives me a good chance to get the hoovering done and jobs which i find hard to do when he is around. I call it my me time. The back cabin got a good going over, as I prepare it for our cruising season. I will soon be rehanging the curtains and cabin lace. It does not seem that long ago that I took it all down and washed it. The bathroom got a scrub and then it was time to tackle the oven. This is a job I put off for as long as possible, because it is not my favourite task, but needs must.
Having done all the cleaning, hubby arrived home laden down with a weeks shopping, which I stowed away in the fridge, freezer and cupboard. At the moment I am beginning to get our emergency rations stocked up for when we set off. I like to keep a few extra tins on the boat and I will be buying part baked bread nearer the time. Even though we have a fridge/freezer. It is nice to have extra tins and packet food to fall back on should we get stuck in the middle of nowhere. 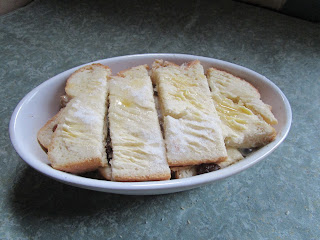 Having cleaned the oven, it was then put to good use with cooking lunch and a bread and butter pudding, using the end of my white bread. I can only eat white bread due to my Nickel allergy and so I like to use up the end of the loaf to make a pudding. 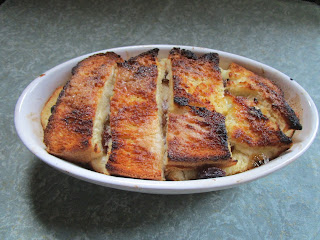 I have to say the bread and butter pudding was lovely. It is one of those go to puddings during the winter or when bread needs to be used up.
After lunch, we had a visit from the Warwickshire Fire and Rescue. We have two smoke alarms on our boat one in the saloon and one in the back cabin. The reason for two is that if one fails the other is a back up. We bought a new smoke alarm last year and it is forever going off for absolutely no reason. Breath and the darn thing beeps loudly at us. So hubby got chatting to a fireman who was parked in our car park a couple of weeks ago and he said he would send someone down to see us, which happened today. He could not offer us an answer as to why the new alarm was doing what it was doing, but he did give us a brand new alarm which the fire brigade give out and suggested we try it and then let him know how we get on. If it goes well he will send us another one. He was really lovely and very helpful. We will give his alarm a trial and I will let you know how we get on with it. 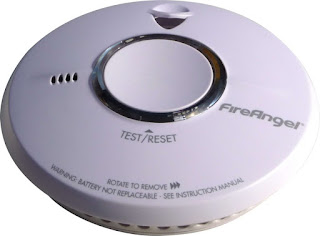 The fire angel is fitted with a 10 year sealed long life lithium battery, the FireAngel ST-622 optical smoke alarm uses a thermally enhanced smoke sensor; the technology of choice for the UK's Fire and Rescue Service. The FireAngel ST-622 benefits from additional features including easy to use test/hush button, as well as "sleep-easy" function, allowing low battery warning chirps to be silenced for 8 hours.

His visit was quite timely, because last Friday one of the boats in the Arm caught fire. This happened at 3 am in the morning. Thankfully the gentleman on board got out alive, but his boat has a lot of smoke damage and he will not be able to live on it. After spending a couple of days in hospital for smoke inhalation, he has been discharged and is now being looked after by social services. It makes you realise though how lucky he was as he did not have a smoke alarm on board. I have always said they should be made compulsory, like the CO alarms are now. No damage was done to anyone else's boats and we sincerely hope that the boat owner finds a wonderful new home.
Over the years we have lost two friends to boat fires, which makes our senses heightened to how deadly fires on boats can be. One of the worst things is some people who liveaboard, sleep on their boats with some of their doors padlocked from the outside, which means they cannot use those doors as fire escapes. One friend died because his back doors were padlocked from the outside and he could not get out, because the fire was at the other end of his boat. I have no issue with talking to people about fire safety on their boats and about not locking their boats exits from the outside. I was told by one person that they felt safer with the back doors padlocked on the outside when they slept on the boat, but when I explained about what would happen in a fire, they soon realised how wrong they were. We all want to be safe on our boats of course we do, but we do have to think about how we would get off the boat, should it catch fire. You should have at least three exits in case of fire.
The day has worn into the evening and I am now going to settle down to an evening in front of the TV. The wind has gotten up again, so it could be a rock and roll night.
Have a lovely weekend everyone.