How are we all doing?

I have to say, I am doing remarkably well considering we have been in lockdown since March and have barely left our mooring. But I know not everyone has been coping so well, so if that is you, I am sending you my love and hugs from a distance. Know that we will all hopefully come through this and be well on the other side. More and more people I know are catching or have caught the virus. Some have come through it with hardly any problems and others have been proper poorly. As yet we have not lost a friend to the virus thankfully.

Today was a day of fun, well at least a morning of fun. I had a teaching appointment with our Grandson on Zoom. Oh for the joys of technology and Zoom. Today's lesson was spelling. 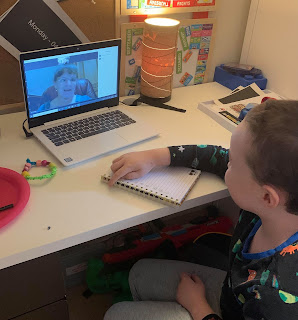 I had to read a sentence with the word, he had to spell in it and then say the word. In all he had eleven words to spell. Once we had completed the lesson, I then had to mark his spellings. I am pleased to say, he got all eleven right. After doing the spelling test, he went on to teach me about Pokemon and how you buy and swap cards and play games. It was all way over my head, but it was so lovely to see the excitement in his eyes and voice as he taught me something. We are going to do more lessons via Zoom and have a good old natter. he is growing up so fast and without Zoom, we would have missed so much. 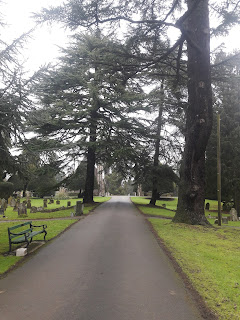 After lunch, I went for my once a day exercise and to one of my favourite places. A cemetery may not be everyone's first choice for a walk, but this one is lovely and interesting. 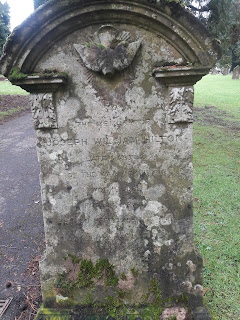 I find you can learn a lot of history from a cemetery. Today I spotted this headstone. It was for a Joseph William Hilton. I then noticed he was the Master of the Warwick Union Workhouse.

I had not realised there was even a Workhouse in Warwick until I saw Mr Hilton's headstone. Having looked it up, I have found out it was opposite the Hospital in Lakin Road, which was then Union Road and was built in 1837 to 1839. To begin with it has 200 inmates as they were known and Joseph William Hilton as the Master was responsible to the Union and to the Poor Law Commissioners for the proper running and administration of the workhouse. He was also required to be "a friend and protector of the inmates". I can imagine it was probably a tough job and not well paid. I have not been able to find out anything about the man, but it was an interesting find in the cemetery. 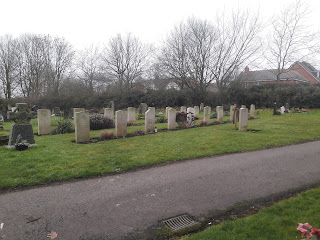 Warwick cemetery has a number of war graves together and scattered over the cemetery and I always pay my respects when passing. Enoch Powell is also buried in the cemetery. Walking around a cemetery is a history lesson in itself as well as exercise. 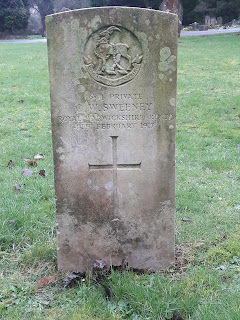 Charles William Sweeney Rank & Number: Private, 1644, joined the Royal Warwickshire Regiment on the 5th March 1893, aged 14 years and 5 months. He died on Sunday, February 04, 1917, in Warwick Infirmary. Researching the names, helps to bring them back to life and not just a name on a piece of stone.
The rest of the afternoon was spent working on the family tree, which is growing and again interesting things keep coming out, which I will write about more when I have all the details in place.
Pop back soon xx