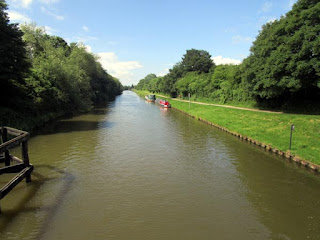 We have the sunshine back and the air feels a little fresher, which is a blessing because it has been so muggy of late.
We thought we would take a walk into Quedgeley for a nosey around, as we like to see the sites when we stop. To get into Quedgeley, we walked back up the towpath, over Sims Bridge and up through some houses onto the main road. There is a Tesco extra, Aldi and a retail park in and around Quedgeley. Tesco was our first port of call for some Sandwich Spread. To save wandering around the huge store, I asked a young man, where the Sandwich Spread would be. He looked at me with a blank expression and then asked "What is that". I tried to explain what it was, because he had never heard of it. With that he pointed me in the direction of a lady who would probably know where to find it and hey presto, she knew exactly what I required. It must be a generational thing, because she was more my age and the young man was possibly 18 to 20 years old. Anyway I picked up three jars of Sandwich Spread and went and found the young man to show him what it was. He said he would remember it from now on. That was his lesson for the day. 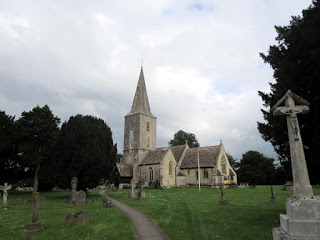 Whilst walking around, we could hear church bells peeling and so were drawn to them. The beautiful sound was coming from St. James Church, which is a dainty medieval church. We were greeted at the door by the assistant priest, who informed us they had some visiting bell ringers in, who were certainly making a wondrous sound. The church is a stunner and well worth a visit. 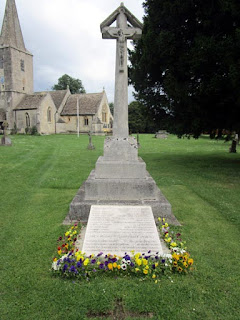 I am no a religious person, but I love church's because they tell you a lot about the history of a village, town or city. 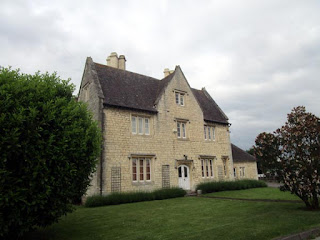 The Old Rectory, is quite an imposing building and there are a lot of newer built homes and more being built. I would say that Quedgeley is a spralling town and the shopping outlets are catching up slowly. There are a few drinking places. 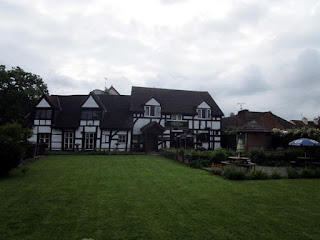 The Little Thatch Inn being one of them, although it is not thatched anymore. It has quite a history having been built in the 14th Century. It is said that Anne Boleyn went there.
Quedgeley itself has a history. Apparently ammunitions were made there during WW1 and the ladies who filled the shells were known as the Yellow Canaries due to the colour of their skin. An interesting place and one which we will visit again sometime.