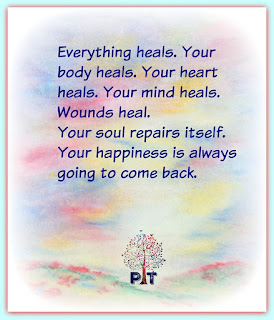 Shock horror moving on a Sunday?
If you follow my ramblings, you will know we rarely move on a weekend. But when the weather forecaster this morning said that Monday was going to be vile, with strong winds and heavy rain, we twiddled our thumbs and then thought shall we or shan't we as we drank our first brew of the day. The answer was we shall.
Before setting off, we took on a dribble of water, emptied the cassette and got rid of rubbish again. Now I know it is a Sunday, but boats do move on a Sunday and it was after 9 am, so what was the problem with one apartment owner? I did not see her, but heard her say "Don't you know it's Sunday". Well it maybe a Sunday, but that does not stop boats moving and if you do not like boats moving then do not live in a waterside apartment. Rant Over. 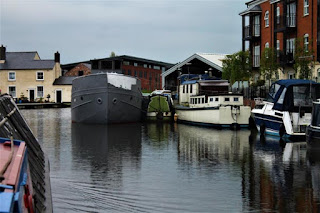 All the boat stuff done, we made our way to the lock. There I was already for action with my windlass. 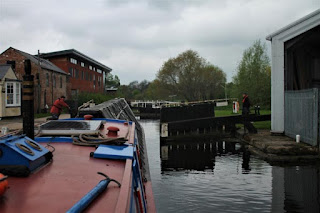 I need not have worried, because two lock keepers were on hand to do all the work. I did offer to help, but was ushered back to the boat and allowed to watch as the two gentlemen did all the work. Now that is what I call a Sunday treat. 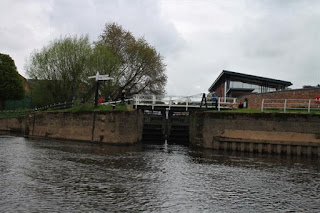 We were soon out on to the River Severn and Hadar stretched her legs, so to speak. She loves it when there is plenty of water beneath her base plate and her engine is opened up. 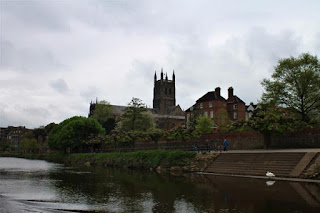 We passed the Cathedral. 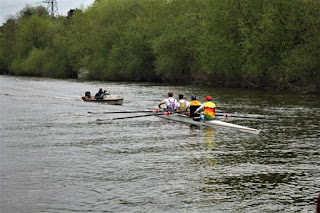 We were not the only boats on the river. The Worcester Rowing Club were out in force and performing well, considering it was a touch parky. One poor lady got stuck, she was tangled up in an over hanging bush, but managed to get herself free. 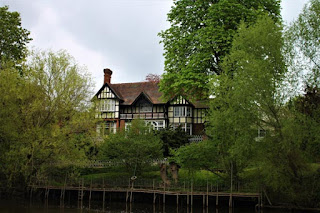 There are some beautiful properties along the Severn and yes I can well imagine they cost a pretty penny, but there is no harm is looking. 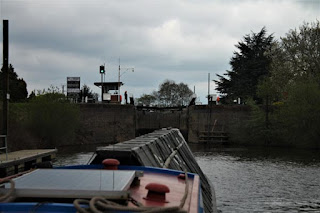 We arrived at Bevere Lock, where a nice C&RT lady welcomed us in. I put the centre line around one of the cables to hold us into the side and in no time at all the lock was filled and we were on our way with a cheery "Goodbye" and "Thank you". 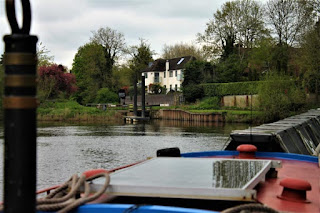 We then arrived at the first lock onto the Droitwich Barge Canal and this was where I would have to do some work. Keith dropped me off and I emptied the lock ready for his entrance. The lock gates were bloomin heavy even for me. But with a bit of huffing and puffing I finally got them under control. At lock two we waited for a boat to join us. Shared Ownership Swallowtail shared the rest of the locks with us, which was a bonus.

We made it to Netherwich Basin Droitwich and moored up in the basin, which is where we will be until after the festival.