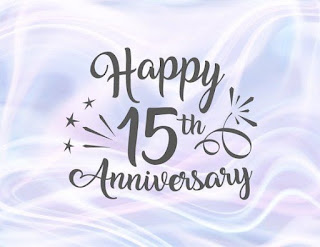 Well where did that time go. Yes today is our Crystal Wedding Anniversary. Fifteen has just flown by, but then they do say "Time flies when you are having fun" and we have most definitely been having fun. Infact we are still on our honeymoon.
It was most definitely an eventuful day. 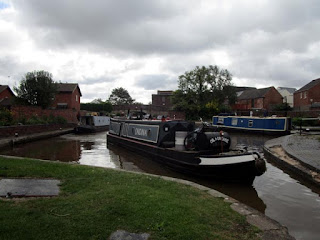 We left Hawkesbury Junction early doors and sped our way to the top of Atherstone. The weather was not cold, but it was cloudy and we did encounter light drizzle at times. We arrived at the top of Atherstone Locks at midday and were met with three other boats in front of us, so we knew it was going to be a slow descent to the bottom of the eleven locks and that proved to be the case. 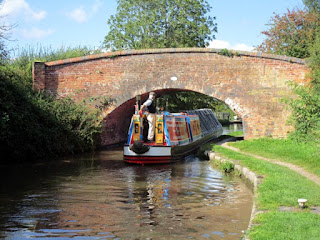 There as a boat towing another boat and bow hauling it into and out of locks first. Then a single hander, who I helped down the locks. We aloso had boats behind us as well. It took us over three hours to do a flight of locks which normally takes us half that. Anyway we did have some laughs along the way. 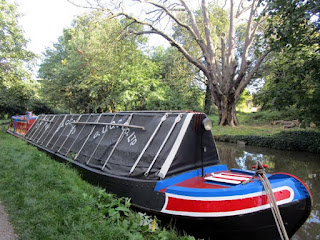 We eventually arrived at Alvecote and moored up. For our Anniversary meal we went to The Samuel Barlow and had a fabulous meal and a couple of pints. That was the best way to finish the day.