After the day before. 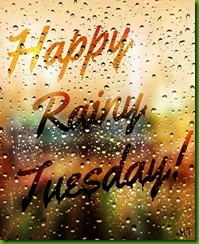 You did not need to look out this morning, to know exactly what the weather was doing. It was wet and windy here. The rain was lashing down on the roof of the back cabin and the trees opposite the boat were thrashing around in the wind. I am just thankful, that we did not have today’s weather yesterday when we locked wheeled the Hatton Flight. yes it was raining, but it was refreshing rain. Today would have been wet and cold.

Talking about it being cold. I have re-lit the stove. yes it is June and the fire is lit. The cabin felt chilly and damp, so there was only thing for it, but to light the fire. One of the boats inhabitants was very please and that was Miss Marmite, who hates the cold. She has been curled up all snug and warm all day.

Paddy on the other hand was not at all impressed with having to go outside in the rain. He was quick to do what needed to be done and was then back in the boat. He always makes me giggle when he stands in the middle of the saloon with a depressed look on his face, because he will not get into his bed when wet. Eventually having dried out, he retired to his bed and that is where he has stayed.

My day was spent crocheting another baby blanket. This one is in Blue and White and when it is finished I will post a photograph. The sun did eventually put in an appearance, but with it the wind picked up, which has been wrecking havoc in the garden. I had to tie up the Clematis which was blown down and some of my shrubs are looking battered. Tomorrow is supposed to be better, so I think I maybe doing some gardening to sort out the damage.