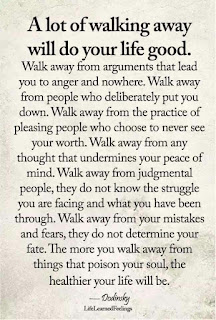 Many of us are now counting down to Christmas Day and I am one of them, because we will be heading out on the boat for Christmas, because it looks like the weather maybe good. Last year when we went out, it was cold but sunny when we went out. We did Forty locks for Christmas dinner, which was had with a friend. The weather forecast for the return journey was not so good, so Boxing Day we set off back towards home. We stopped half way down the Hatton flight for the night, because the light was fading. When we woke up the next morning, there was two inches of snow and lots of ice. This made for a rather exciting return home. I had decided I was only opening one paddle and gate, this meant I did not need to cross over the icy gates, but that soon changed as we got to lock three. There was so much water flowing over the gates I could not get the gates open on one paddle, so gingerly I crossed the gates in order to open the second paddle, thus meaning I got the gates open. Because the snow was melting, there was water everywhere, including across the towpath, which I could no longer see. OH had to pick me up at the bottom of each lock, because it was not safe to try and walk the flooded towpath. Neither of us had seen so much water, not only was it across the towpath, it was across the fields as well. We had an exciting trip home, which we would like to avoid this year and yes I know we could avoid it all together by not going out, but we love going to our friend for Christmas, but will continue to watch the weather forecast. If things change for the bad, then we will put off going out. I am however at this time hopeful that we will be going out for Christmas.

Yesterday was a lovely sunny day, so we went into Leamington-Spa to do a bit of retail therapy, lunch and then food shopping. It was not to busy, so we had a nice nosey around the shops and managed to get the things we wanted. Lunch was eaten at our favourite chinese buffet, we then walked to Aldi to do our food shop for the week. By the time we got home it was late afternoon. So I stowed away the shopping and made us some dinner, before we settled down for an evening of TV in front of the fire.
Today has been a much quieter and colder day. It was -5.5C overnight, so we had a very heavy frost, but no ice on the water. It was a day for staying in, but I had to walk into town to pick up a prescription and I wanted to buy some new mugs, which I had seen in one of the shops in the town. I made us some homemade vegetable soup for lunch and then spent the rest of my day was spent crocheting in front of the fire.