A load of rubbish. 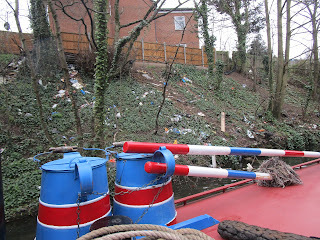 Hello one and all.

This is not my normal posting, because I am going to have a bit of a rant. If you read my blog, you will know of late, I have been having a moan about the amount of rubbish we have seen whilst on this years jaunt. It makes me both angry and sad that we as a nation feel it is right to blight our beautiful country with tonnes of dumped rubbish and litter. 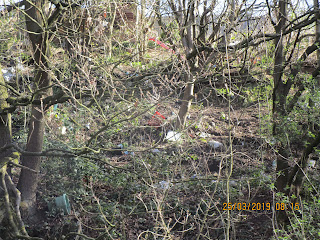 It seems way too easy to throw your litter on the ground or into our waterways and rivers. It even seems it is too easy to fly tip and this is because so many cannot be bothered to use a bin or go to the tip, or wait for the refuse men to come and empty the bins. 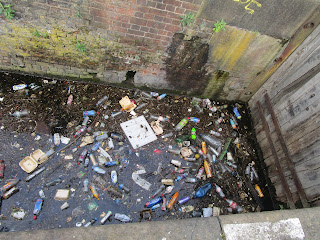 Yesterday I was so annoyed and this is why I am posting today. We were standing on the towpath talking to boating friends, when a man (I will not call him a gentleman) walked past us with a paper cup from a well known coffee shop in his hand. He had literally gone a few steps past us and deliberately dropped the cup on the ground. All of us on the path called to him saying "Excuse me, you have dropped your cup". The man did not batter an eyelid (not that I could see his face), he just walked on at pace and ignored us completely. This was a man, because he was in his late 20's early 30's. This is the example that is being set to the younger generation. How on earth are we supposed to make children and grandchildren understand, when someone of his age, who may well have children does this sort of thing. I can only think that he does this on a daily basis, when he gets his morning cuppa from the well known coffee shop. Geesh it makes my blood boil. 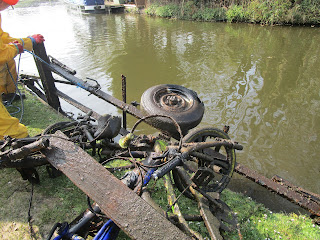 When we were involved in the clean-up in Birmingham, it really did bring it home, just how disgusting some people are. I am no saint, but I was always brought up to put my litter in a bin and I would never ever dump rubbish in the cut. As a boater, I know only to well what can happen when you get rubbish around the prop. I am also well aware of the dangers to wildlife and waterfowl. I so wish I knew the answer to what is now a huge problem. If there are more laws made. Who will police them?
If there are more fines. Who will police them?
The only people who can stop this, are the people who do it in the first place. I and many like me will continue to clean the rubbish up, but that is only touching the tip of the iceberg that is the rubbish which blights our beautiful country.
PLEASE stop dumping rubbish and littering our country with your litter. #stopdumpingrubbish.

Rant over for now.