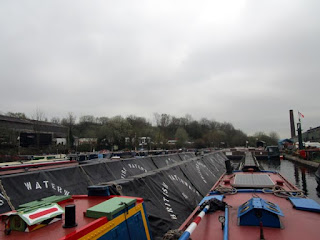 After a lovely quiets night in Hawne Basin, we were up early with a cup of tea in hand and breakfast on the go. I got both the fires sorted out and then we got on with boat chores and alike. Keith emptied our used oil into their tank. There are not many places who allow you to get rid of used oil, so we decided to take the opportunity to get rid of ours from the engine oil change. I emptied the toilet cassette and binned the ash. We left Hawne Basin at 9.50am after having some assistance from Tony with the tug. We did try to get out ourselves. I was poling the forend round and the pole got well and truly stuck in the mud as the wind picked up. I thought I either let go of the pole, which was disappearing under the forend, or I hold on and fall in. I decided not to get wet and so let go of the pole and watched it disappear beneath the water. Our forend was flapping in the wind, with no way of me to stop it, but then came Tony and his work tug. he managed to rescue the pole and took the forend rope to pull us round to line us up with the bridge 'ole. We were told that when the wind is blowing, it can be a nightmare to get round, especially with a 70ft boat. I for one was very grateful for the help. 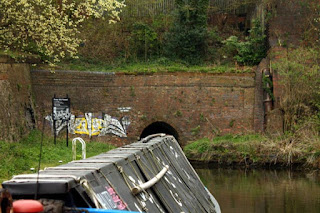 Having said our "goodbyes and thank you's" we headed for Gosty Hill Tunnel again. 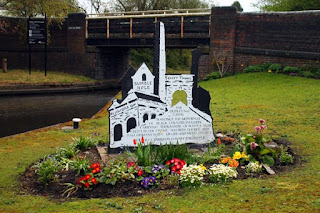 Out the otherside, we put the chimneys, water cans and pole back to where they belonged. 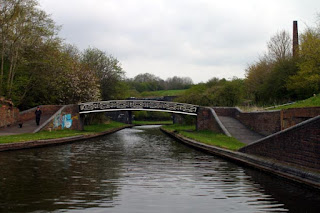 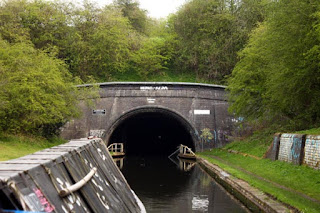 First tunnel of the day was Netherton Tunnel. I did not have any funny encounters this time. 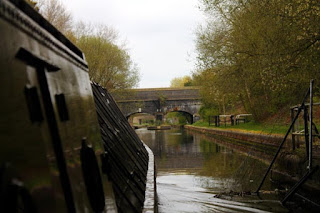 Approaching Tividale Aqueduct. There was still a blockage on the right hand side of the aqueduct. Having reported it to CRT I know it was being sorted out later in the day. We turned right at Sheepwash Junction at 12.10 pm. 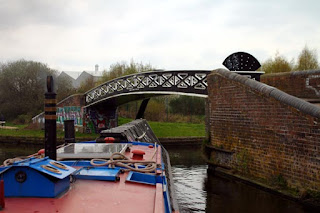 Albion Junction at 12.25pm and onward to Brades Locks. 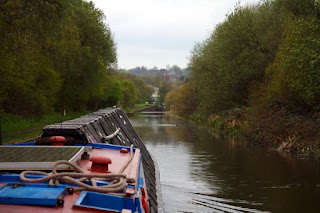 I feel I could do these locks in my sleep, having been up and down them a few times over the years. We exited Brades Hall Junction at 1.00pm and headed off for Coseley Tunnel. 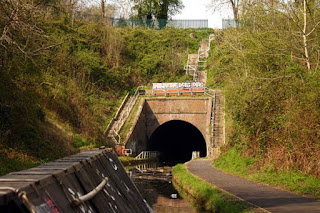 Having exited the tunnel, I caught sight of a Fox cub sitting in the sunshine beneath a large Laurel bush. It looked so sleepy and enjoying the sunshine. I reckon there was a den beneath the huge bush. 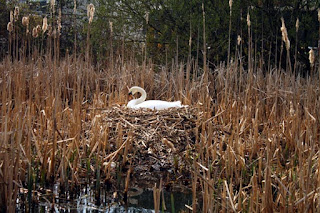 High rise living for this Swan.
We took the Horseley Fields junction onto the Wyrley & Essington at 3.35pm and are moored up on the Urban Moorings CIC in Commercial arm, alongside Da Vinci. 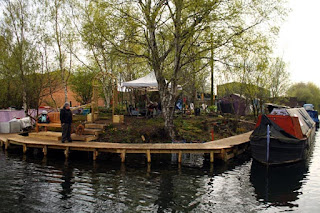 We were greeted by Alison, Lou and Jennie. They have made a wonderful home here and it is ever growing. 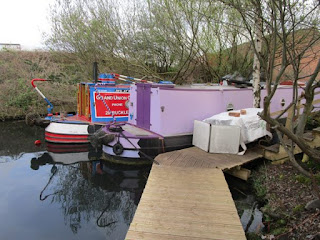 We will spend the night here and do more catching up with them all.