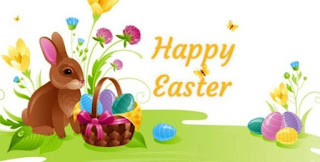 Happy Easter. You will soon be tucking into your Chocolate eggs and then worrying about all the weight you have put on. My advice is enjoy the chocolate and then work the weight off later, life is way to short to worry to much :-)

Here we are in Nottingham. I enjoyed a peaceful nights sleep until the early hours when I heard the banging of metal. It sounded like someone was banging on an empty drum. It stopped for a few moments and then began again. I did manage to nod back off to sleep for a while, but then was once more awake and so there was little point in going back to sleep. I as always got up and made a cuppa. The boat was definitely rather to snug this morning, because of the temperature outside rising. The fire was going to be let out for the first time in 2019.
After having a relaxing start to our day, we strolled into Nottingham. 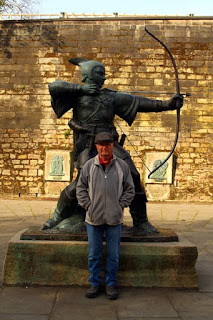 We paid a visit to see Robin Hood and the castle, before just strolling around being nosey. 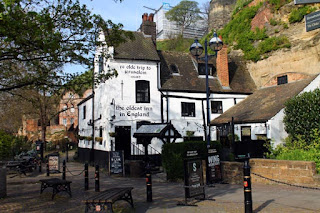 Olde Trip to Jerusalem Inn looks fascinating. It claims to have been established in 1189; however, there is no documentation to verify this date. The building rests against Castle Rock, upon which Nottingham Castle is built, and is attached to several caves, carved out of the soft sandstone. These were reputedly originally used as a brewhouse for the castle, dating from the medieval period. We may just have to pay it a visit before we leave. 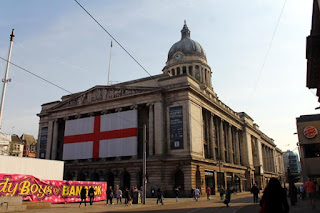 We then went into the city, which I find is rather beautiful, with its differing architecture and many eating houses. We went to Wetherspoons for a cuppa and some toast, as we were both peckish, having not had breakfast. We wandered around, just enjoying the atmosphere, because it was quiet yet there were musicians playing on the street corners. We visited a couple of charity shops, but I was not having any luck with finding a tank top. So the search goes on. 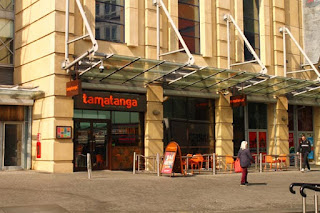 Having eaten at Tamatanga in Birmingham, we were keen to try the Nottingham one and so we decided to test it out for lunch and we were not disappointed. It was just as good as the Birmingham one, but not as busy, although it is Good Friday. We may just go again for my birthday. 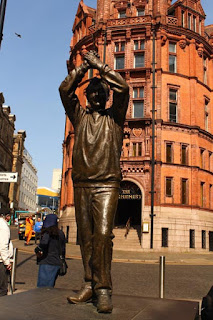 A statue of Brian Clough OBE. He managed Nottingham Forest from 1975 till 1993. 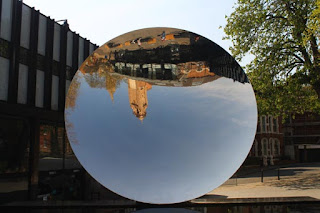 The sky mirror. This stunning sculpture by Anish Kapoor is situated outside Nottingham Playhouse, providing a magnificent centrepiece to the theatre forecourt area. 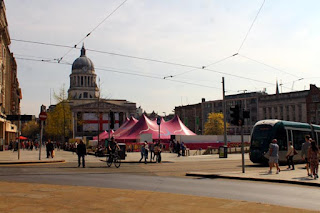 Having walked our feet off, we sauntered back to the boat, where feet were up, whilst enjoying a coffee. We had both had such a lovely day and love Nottingham.