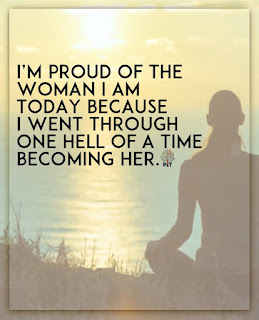 Brrrrr, who switched the heating off?
It seems that someone decided we had been given enough sunshine and so turned it off, because today it has felt more like Winter all over again.

I was woken up from a lovely sleep at 1am by the wave on the canal slamming into the stern of our boat and the wind was blowing a hooley outside. I lay awake listening to Keith snoozing and the wind blowing, thinking that the weather was trying to get in. Just as well I know it cannot. I drifted off to sleep eventually, only to then wake up again to the sound of heavy rain stomping on the roof of the back cabin. Yes we need rain, so it was most welcome, but it was a deluge. I was expecting thunder and lightening as well, but that did not materialise. having then dozed off again, the next thing I was aware of was Marmite jumping on me announcing "why are you not awake". It was now gone 7am, so a cuppa was much needed, whilst Marmite shouted that she was in need of attention. So whilst the kettle sang on the stove, Marmite got a cuddle, making her purr and then some breakfast.
With it still raining when we got up, and no need to move off early, we stayed put until the wind and rain had stopped. 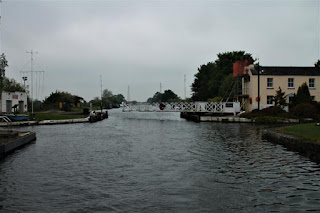 We eventually set off and said "Cheerio" to Saul Junction for the next few days. 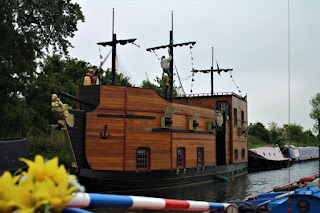 There are some incredible boats to see along the canal. 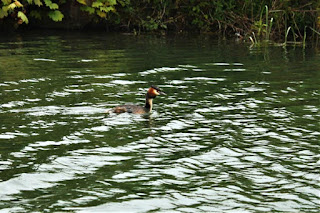 A Great Crested Grebe swan past, taking no notice of us at all. Normally they duck beneath the water when a boat moves by. 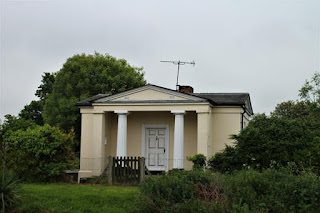 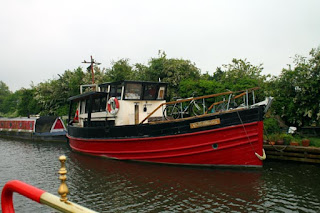 As we approached Patch's Bridge another quirky boat. 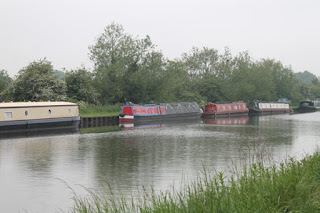 We were fortunate to get the last visitor mooring at Patch's Bridge, where we were met by Carole and Adrian on NB Rypeck. After mooring up we joined them for coffee in the Black Hut at Patch's Bridge. There was a lot of catching-up to be done, as we had not seen them since they helped us out when our starter motor died. We are spending a few days here.