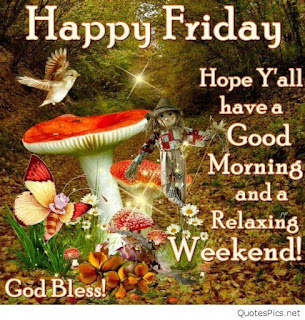 Yesterday (Thursday), began with a beautiful start. I opened the back cabin doors to the sunshine pouring in. Birmingham looked beautiful. At the moment Birmingham is preparing for the Conservative Conference, so it has been busy with security and fences have been going up, so if you are going into Birmingham and around the ICC you will find lots of security on. 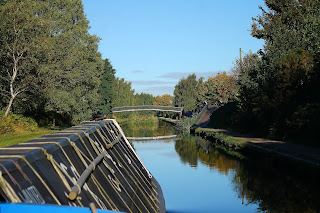 It was time for us to move on yesterday, so at 9am we untied and headed off into the wide blue yonder. 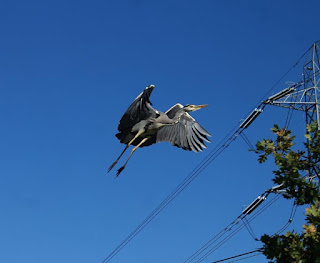 We enjoyed Heron flying in front of us, Cormorants above us and a Buzzard alongside us, with fish and Pike beneath us. It goes to show that urban wildlife is thriving even though people still see fit to dump their rubbish. 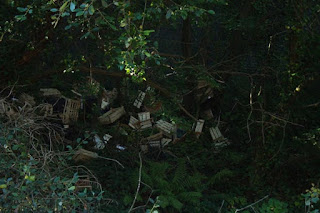 This lot made my blood boil. It is clearly a business dumping this rubbish long the bank. They are throwing it over a wall above this photograph and yes I have reported it. We headed up through Factory Locks and made our way to the BCLM (Black Country Living Museum). 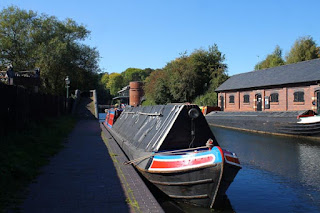 We moored up and had homemade soup for lunch, we made our way into the museum, to catch-up with folk we know. The place was busy with school groups and my dander was up with one such group. They were standing on the steps by the sweet and bakery shops and also by the canal. I saw a paper bag from one of the shops floating in the canal, so I fished it out and as I did so, someone through down a screwed up paper bag. My immediate reaction was to shout. "Who threw that bag down". All the kids gathered looked at each other and then a small voice from the huddle said "He did". A young lad standing on the steps, went very red in the face. I told him to come and pick his litter up and put it in one of the many bins provided on site. I explained to him he should never drop litter. He said absolutely nothing, but who knows he may have learned a lesson. I do however think that those in charge of the school groups should keep an eye on what their charges are doing. I had no issue with telling him off.
A good day was had and a quiet evening on board was enjoyed.