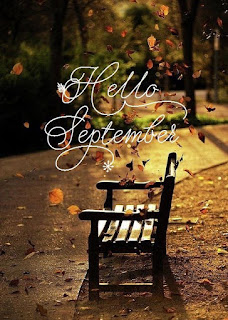 Here we are it is the first day of meteorological Autumn. But from the warm in the sun today it has felt just like Summer all over again.
The morning began with a cuppa in bed, whilst watching the news and weather, which reckoned we would have a nice few days ahead of us. It all bodes well for the Heritage Weekend coming up.
Up and about, Paddy got his walk and then his breakfast. At the moment the old boy seems to be rallying with his eating and in general, which is wonderful because he has been such a worry of late. He will be 15 years old in January, so we cannot expect to much from him, but it is good that he seems to be enjoying life again.
After breakfast, I got on with varnishing the galley doors. 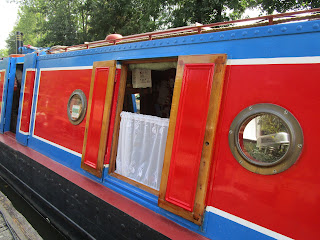 They will get one last coat tomorrow and then I will turn my attention to the rust spots on the cabin and and the bow. Whilst I varnished, Keith took the toilet back out and put the radiator back on the wall and plumbed it in. I then had the fabulous job of giving the toilet a good old clean up. We both then put the toilet back into the bathroom and made sure it was all working properly. Job done without to much effort for a change. 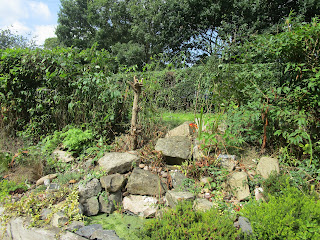 The next job on my list, was to cut back the Buddleia, Mahonia and other bushes, ready for the Winter. I am doing them now, because we are going out cruising again soon until the beginning of November, and I do not want to leave them all straggly. 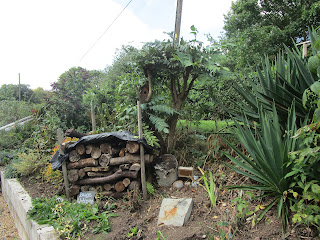 Mahonia all trimmed and the nest box moved. Last winter a wren made a lovely nest in it, so it was all snug during the cold weather. 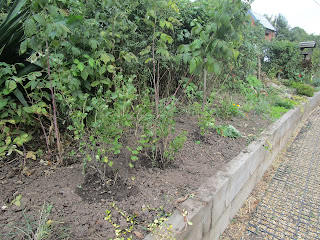 Keith moved his Gooseberry bushes. They were hiding behind the Raspberry bushes and so not getting enough light, so he has moved them forward. With everything watered in and the garden now looking nice and tidy, I cooked us some lunch.
Ian our site manager let us know before he went to lunch that gas prices are going up, so if we needed a new gas bottle, now was the time to get it, so I got our empty bottle out of the gas locker and when Ian came back from his lunch, I went and got us a new bottle. This will keep us going until we come back from our cruising and beyond. It seems to me everything keeps going up, but what we get for our money stays the same and nothing ever goes down in prices. It makes me wonder how people manage on restricted incomes, because we just about manage at the moment, but if things keep going up,we will have to tighten our belts I think.
By 2pm all jobs on my list were done for the day and a coffee was very much called for. I had used up my energy supply for the day, so it was time to put my feet up and watch a film. Film of the day was Wyatt Earp 1994 starring Kevin Costner and Dennis Quaid. Great film, which I have seen before.
After dinner, I got on and watered the plants we had moved earlier in the day. I want to give them a good chance of survival, especially the Rhubarb. With the nights now drawing in, I will soon be turning my attention to lighting the fires, cooking stews and baking cakes. That reminds me, I need to do some baking.