A bit of an update. 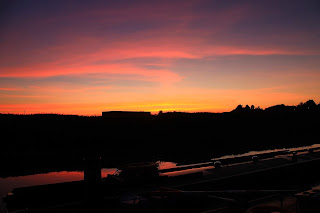 It has been another glorious day, which for me began with getting ready to do some paint work jobs. I undercoated the back wall of the railway room, which is the partition to my soon to be shop. My next paint job was to paint the floorboards in the back cabin, which last saw a paintbrush 11 years ago. I took them up, rubbed them down and gave them each a coat of red oxide. Whilst the floor was up I also gave the base plate and swim a coat of blacking bitumen, to freshen it up a little, because each Winter we get water settling under the floor due to condensation. I always put disposable nappies down to soak the water up. Giving it a coat of bitumen will keep the rust at bay. With the paintwork done before the hat got up, meant the rest of the day was my own.

So with nothing else going on I thought I would do a bit of a catch up. I left you when we had arrived at Tewksbury on the 24th June and it was so hot. 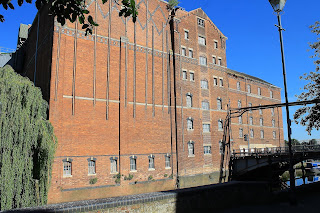 I can tell you we spent Monday 25th June in Tewkesbury and had a lovely time. 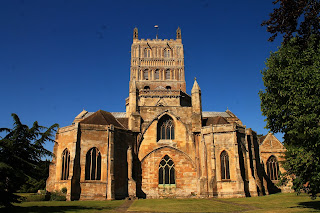 The cathedral is absolutely stunning and the building in the town are an eclectic mix. Well worth the visit.
On the Tuesday 26th we picked up our Avon River licence and moved up to Pershore, which again was a new place to me. 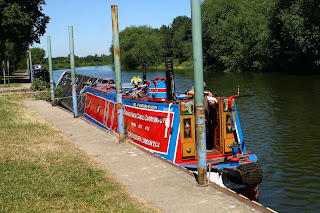 We moored up on the town moorings. Unfortunately we could not get in the shade, so it was extremely hot. Despite the heat we walked into the town for a nose around.
We then went on to Evesham and met up with friends who took us out for a cream tea, which was extremely yummy. 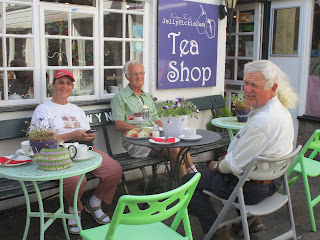 The River Avon is so beautiful and I am so pleased we were able to enjoy it in such stunning weather and the river being so calm.
Whilst at Evesham, we got a phone call from the Stratford Canal Festival organisers asking where we were. When we explained we were at Evesham. They said they needed us at Stratford, because we were one of the anchor boats. No one had bothered to tell us that when we got our licence for the event. Having told them we would not be there until Friday, because our next stop was due to be Bideford-on Avon on the Thursday. Having enjoyed our stay in Evesham with our friends, we decided that perhaps Bideford could wait and we would make for Stratford on the Thursday. So Thursday morning we were up early and set off. 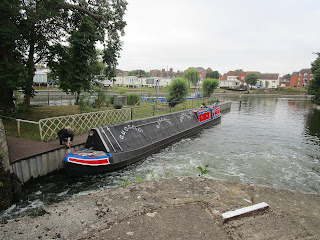 It was a beautiful morning and all was calm. The river at the top end is not as pretty, but I still enjoyed the jaunt. 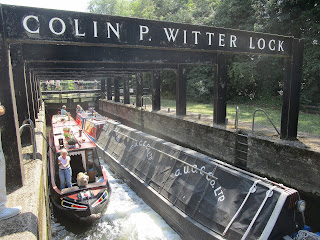 On the way we picked up with Narrowboat Lamprey who were going to the festival as well. This made working the locks nice and easy for us both. The last lock into Stratford was worked for us by volunteers. 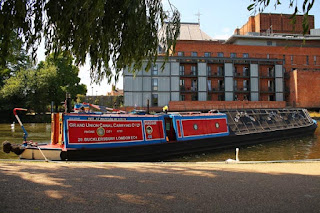 No sooner had we arrived, we were directed to our mooring spot and were placed on the anchor buoy ready for the weekend.

I will give you the festival fun in my next posting.