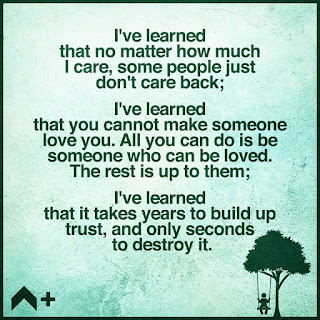 It has been a day of doing all things medical.
The morning began as every morning, with the wake-up cuppa and the news. It was rather drab, but mild out and my hope was we would have no rain, because we were going on a walk early.
After getting ourselves up and Paddy had his walk, we then took Paddy for his appointment at the vets. He was going for a dental check-up, because of late his breath has begun to smell, which meant he was having a teeth problem. 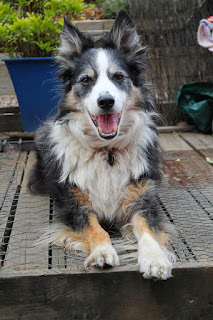 Paddy is fourteen and half years old and has never had any dental work done, because we have always looked after his teeth. He used to have hide bones once a month, but because they began to upset his stomach we had to stop them last years. His appointment was at 9am and Paddy seems to know if we both walk him together, he must be going to the vets, so he set off through the car park with a spring in his step. Once at the vets, he did not have long to wait to see the vet Sara. She did confirm that Paddy has a lot of scale on his teeth and gingivitis, but this would not stop him being off his food. Oh I should have mentioned we have been having issues with his feeding and have had to result to hand feeding him his James Wellbeloved Kibble. So that did not explain his food eating problem. I asked about him having his teeth cleaned, but Sara was a bit concerned about his age and having a general anesthetic, he also had a kidney problem, which was seen in his last blood test. Sara wants to hang fire on doing his teeth until we find out why he is not happy about eating. We are going to try soaking his food and adding the wet version of James Wellbeloved to his soaked biscuit to see if this will get him excited about food again. Whilst with Sara we mentioned his fully turns, which she reckons are not fits, but some sort of neurological thing going on and this could all be down to his age. What with his dodgy back legs as well, poor old Paddy does not have much going for him at the moment and yet he is happy enough in himself.
I can report he has had his first soaked meal and he ate it. Long pay this continue, because otherwise I am not sure where we will go with it and I do not fancy hand feeding him the soaked food.
With Paddy's medical day complete, it was time for the other half to go on his journey. A couple of weeks ago he had a hip x-ray, because he has been suffering hip pain. This afternoon we went to see the Gp to see what was causing his pain. The x-ray showing both his hips have arthritis in them, but it is mild and what is expected for a man of his age. Having examined him, the Gp reckons it is a ligament problem in his sacrum area and has recommended physio therapy and anti-inflammatories. So we will see how things go with both of the men in my life. It is just as well I am doing alright at the moment. Mind I do not have the time to be poorly. Anyway having seen the Gp, it was back on the bus and into town to get him some tablets and me some wool for my blanket and then a gentle stroll back home, where Paddy was waiting to greet us both.

Tomorrow will be a good day, we are off out on the boat.