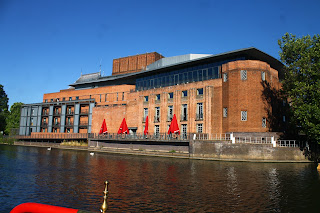 With the festival over and our raft of boats all gone, we could untie from the anchor and make our way up river to the sanitary station, before heading back onto the canal. 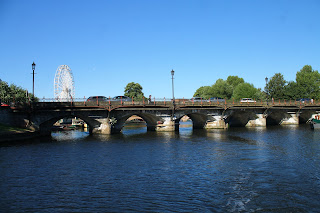 It is really rather lovely up river and one can only hope that at some point it can all be joined up making a nice ring for boaters, where we would get the chance to cruise past Warwick Castle. 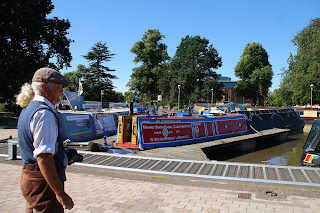 Having done everything at the sanitary station we made our way back down river and headed up through the lock and into Bancroft Basin. We decided we would stay a couple of days on the 48 hour pontoon moorings. 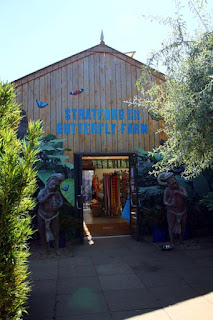 Whilst in the basin we visited the Butterfly farm, which we had not been too before. It is the most amazing place, with stunning Butterflies from all over the world. 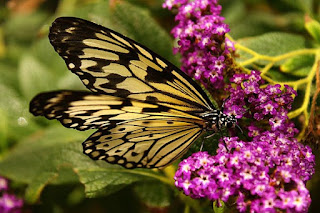 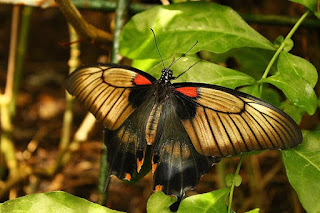 Some of the Butterflies were the size of my hand and absolutely stunning. It is definitely a place worth visiting. 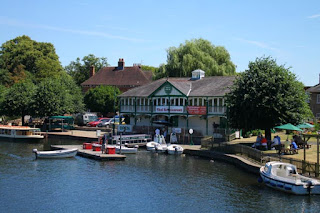 We went to the Thai restaurant for lunch and very nice it was too. 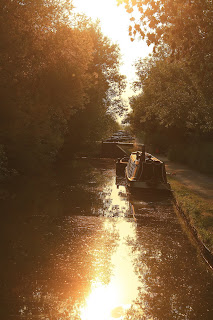 After a couple of days in Bancroft Basin, we set off up the south Stratford. We got stuck going into the first lock, due to a lack of water. I had to let some water down to get us in the lock. Thankfully this was our only incident on the day and we moored below the Wilmecote Locks, with a view to do an early start the next morning. 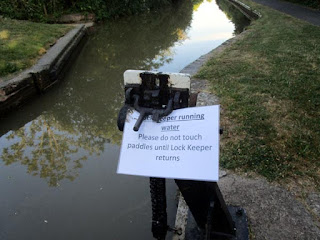 We were up at 5am with a view to set off at 6am or soon after. This was a great plan until I walked Paddy up the locks to see a pound completely empty. At 5.45am we had heard a vehicle passing us and thought nothing of it. It turned out to be C&RT. We set off and into lock 3, where I found the notice in the photograph above. So we waited and at 8am the lock keeper appeared, letting us know we could continue, but the top pound maybe a little low. 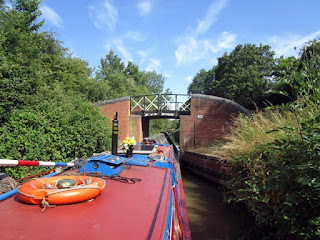 We got out of the top lock and headed towards bridge 60, only to get our bow stuck in the bridge 'ole. There was very little water beneath our bow and despite trying all sorts, I had to ring C&RT to ask for some help with water. The lockie we met earlier on was straight out and up to Bearley Lock 3 miles away to get us some water. After about an hour and a half, we were finally on the move again, thanks to C&RT.
We stopped overnight at Wootten Wawen. Whilst there we had a nosey around the village. 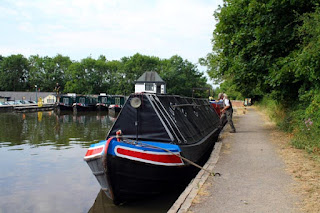 More on the trip home tomorrow.

Today being Sunday, should have been a day of rest, but I wanted to get the rust spots on the roof gloss coated and painting done in the hold done as well. But before I did any of that Paddy was given his second bath of the year. 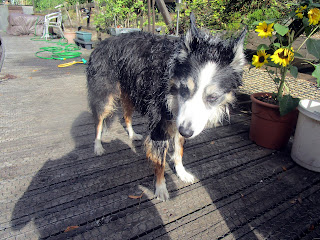 He was none to impressed at being bundled into the shower, but it is the best way to give him a wash. Once he was lathered up, I carried him out onto the pontoon, where Keith held him, so I could rinse him off with the hose. 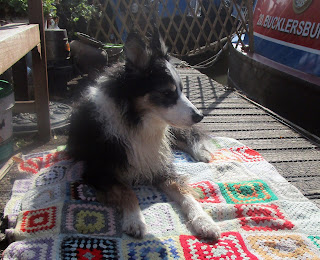 He was then left to dry off in the early morning sunshine, before it got to hot. Once the heat got up he was back inside the boat, where he has spent most of the day asleep. I think I wore him out.

Tomorrow I will do more on the coming home trip.