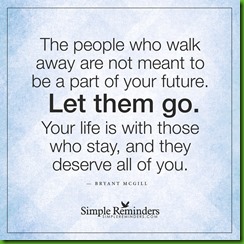 Happy Saturday. I hope your day is a good one.

Mine began in a very weird way in the early hours. I had yet another very disturbed night. Partly due to the other half and his knee, partly due to a cat fight going on outside and partly due to the weirdest dream I have had for a long time. So I will begin with the dream, whilst it is so clear in my mind.

We were moored up in an Arm, not this one I may add, but somewhere where we were in an arm, close to a town and with other boats. The story began with a Black Prince hire boat, which was moored on the offside of the canal and no way of getting to the towpath, so they thought it would be a good idea to put boarding across the canal, that they could walk on and this came over the fore-end of our boat, which we were none to happy about and so we suggested they remove it and moor their boat up on the right side of the canal. We then went off into town and on our return we walked along the towpath, but this time it was darkish. Suddenly we saw a jumbo jet flying incredibly low. It banked and crashed into the town we had just walked through. There was an huge explosion and fire engines everywhere. They were concerned because of the petrol station near the moorings and of course for the boats, so they were spraying water everywhere to keep the flames away from all the boats. In the panic, I ran along the towpath to our boat, which was carrying coal and I was worried about the sheeting catching fire, but when I got to where we were moored our boat was gone. it was no where to be seen and the other boaters were reversing their boat out of the arm to escape the fires. I ran up the towpath asking boaters if they had seen our boat, but none one seemed to have seen it. Then I saw people on a boat I knew and who in the dream where friends. I asked the man who was named David if he had seen our boat, but he could not hear me due to all the noise, so his wife (no name) said she would take our phone number and look out for our boat as they left the arm. The only issue was she could not remember the last digit of her number and the other half could not remember how to put numbers into his phone. The next thing I remember doing was walking a the length of the towpath and by this time it was daylight. Now my sense of direction is not the best, so I can get myself lost at the best of times and in the dream this is exactly what happened. I found myself in a not very nice area, with some extremely odd folk, who were less than helpful. I then woke up.

How weird was that?

With it being the weekend, I have had no real plans for it, so I have decided I am just going to chillout and see what happens. We had hoped that our flue would be looked at today, but we were guessing that our engineer was called away, because he works for a hire boat company and would be on call today, so we will wait to hear from him. There will be more on the flue soon hopefully.

Earlier on friends Caroline and John, who I helped down the Hatton flight came around for a coffee and to see the other half’s railway room, which you can follow if you so desire got this link BLOG. We did sit out and have a coffee and a natter, before they went off shopping and I did a bit of weeding. Before lunch tragedy happened in the canal just outside of the arm. I heard the sirens, but thought they were heading to the motorway, sadly they were literally just outside of the arm, where someone had fallen in the canal on their mobility scooter and had died. Both the canal and surrounding roads were closed for a time, while they police searched for the body and retrieved it. I feel incredibly sad for the persons family and friends. None of us knows when our time will come to an end. I always say that once our clock stops ticking, that is it. So we must make the most of everyday and let nothing or no one stand in our way of happiness and contentment.

As Saturday draws ever closer to the evening, I have been sat watching yet more of the European Championships and I am still in awe of how well the GB team have and are doing. In this beautiful country of ours we have a wealth of amazing talent when it comes to sport.