Had a fun day. 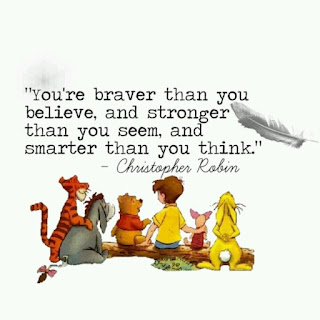 Today has been one of those fun days. It began early with me being wake at 6am, so the only thing to do is make a cuppa and watch the news on the BBC. We decided to get up early, so Paddy got his walk early and then I text friends Caroline and John on Vanyar to see what time they would be coming down the Hatton flight of locks. At 7.30 am they were already at the top lock, taking on water. My plan for the morning was to go with windlass in hand up the locks to give them a hand down the flight. I was obviously feeling energetic, because I walked up the locks in half an hour as they were coming down 4th lock. They had found a boat to share with, which was FMC working boat Crane, so we had extra hands and we worked like a well oiled machine. We took it in turns to walk ahead and set locks and were fortunate to also have boats coming up the flight. With a much cooler morning, it was an absolute joy to be out and working locks. We got to the bottom in two and half hours, which was really good going. Keith and I have done it on our own in that time, but that was with all locks set in our favour. On getting to the bottom, I then got a lift back into the Arm on Vanyar and we will see Caroline and John over the next few days. Caroline made us all a cuppa and even brought out the Ginger Cake, which she had made. I have not even bothered making cake in this hot weather. I have been decidedly lazy and bought cake, because it would be way too hot to have the oven going. Anyway it was a treat to have Caroline's Ginger cake. We left them to get themselves sorted out and came back to the boat, where I prepared yet another salad for lunch. I am beginning to believe I will start getting buck teeth like a rabbit at this rate, but needs must.
During the afternoon, I abandoned undoing the crochet blanket, I began yesterday, because the wool is rotten. We will carry on using the blanket outside on the seat until it falls apart, but it is not worth repairing which is a shame. With me feeling the need to crochet something, I decided to tackle a new pattern from Attic24 . I am absolutely useless at reading and following patterns, but a friend Sue helped me with another of the Attic24 patterns and I got it once I read through the instructions, so I got my oddments of wool and I have begun to make a new blanket with the cosy stripe blanket pattern. I will post photographs when I get further long with it. I will say, it is so far so good.
With the evenings now drawing in we will soon be turning our attention to light the fire and getting all cosy. I know we are enjoying our best ever Summer, but it will not last forever.

Have you been watching the European Athletics Championships?
I have, and wow how good is the Great Britain team. We have some amazing stars in our team, who have done this country well and truly proud.