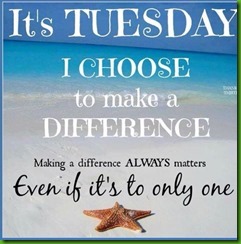 Here we are on a bright and very mild Tuesday and that was at stupid o’clock, because that was the time I woke up. I cannot even blame Marmite for waking me up these days, because she is sadly no longer with us, so I have absolutely no idea why I was awake. But as always when awake make a cuppa. There was no BBC1 news, because were are around the other way on the mooring for the paintwork, we have no TV. Instead we are listening to the local radio station and everything local.

As I was sitting drinking my cuppa and listening to the radio, I got to thinking about a question I was asked about what to do with your dog whilst on the move? I then suddenly thought of the old saying children should be seen and not heard. In my opinion dogs on boats can be heard but not seen when on the move. By this I mean, when on the move dogs should be inside the boat, tucked up in their beds. Why you ask? Because dogs are a distraction on the back counters, roofs or fore-end well decks. They are an even more distraction around locks and yet we have travelled with and have met many a boater with their dogs wandering around the lock and the owner constantly shouting at said dog to “come here” or “sit” because the dog wander off. Sorry but you cannot be keeping an eye on your boat, whilst keeping an eye on your dog, who is probably getting in the way of other people, bikes or even other dogs. The most important thing is to keep an eye on what your boat is doing in the lock, because the steerer cannot see the bow. I know some dog owners do put their dogs on a lead and then tie it up to a bollard. Even doing this means you have to keep an eye on it and I have known owners forget their dog and walk off to the next lock. Now if your dog was on the boat, you would have none of that worry. When I say on the boat, I mean inside the boat with doors shut. I say this because many years ago, I was told of a Springer Spaniel who went missing, whilst the boat was on the move, because it was in the fore-end well deck and leapt overboard. An hour after the boaters had moored up they realised they had no dog and that dog was never found. It was thought that it had leapt overboard and had gone under the boat. Our aged Collie loves the boating life and has done since we got him at 11 months. When we first got him he used to be out on the back counter of our old boat with us, but because he was constantly on the move and once tried to jump off in a lock, we took the decision for his and our safety he would stay inside the boat and he always goes to his bed until we stop and moor up. On another occasion, I was helping a couple up through a lock and they had their little dog on the lead on the cruiser stern. As they came into the lock, the dog fell over the side of the boat and almost got crushed between the lock wall and the boat. This is of course just my opinion and I know many of my friends who have dogs would not agree with me. 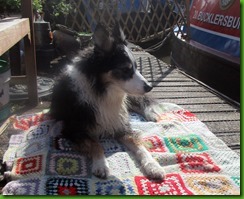 On that note, lets move on. This morning Paddy the aged Collie, was walked to the vets to have his claws cut. They were not overgrown, but needed a trim. Paddy tends to drag his feet these days and his claws need to be kept tidy. He was less than impressed with having a muzzle put on, but because he is now a grumpy old man, we need to take the precaution in case he should snap at the nurse. It is the only time in his whole life that he has to be muzzled. Until last year, we had always done his claws ourselves with no muzzle and he was fine, but now he is grumpy and so he has to wear a muzzle for claw trimming. Back home and out of protest for taking him to the vets and making him wear a muzzle, he is refused his lunch.

I have done yet more painting. The red has had its fourth coat and the blue its second coat and whilst it is not perfect it will do. 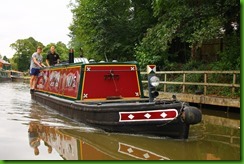 Last night friends arrived in the arm on Governor and Bogwoppit and this morning we said “Cheerio” to them, as they make their way to Alvecote for the boat rally. I got on with lunch and a little more crocheting. With the sun shining the paintwork is drying a treat, so I can start on the galley doors tomorrow.

During the afternoon, I got my paints out again and did some rock painting. Yes I am a rock painter. I am not a good one, but I do find it relaxing and some of my rocks have gone off to new homes and areas. I am a member of a couple of rock painting groups and some of the paintings are amazing.

So that is Tuesday for me. it is now time to put my feet up and watch the tv for the evening.