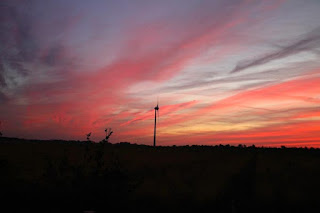 Last night we were treated to a fantastic sunset over Willington. There is always something so special about a magical sunset and with the red sky at night, came a glorious morning. 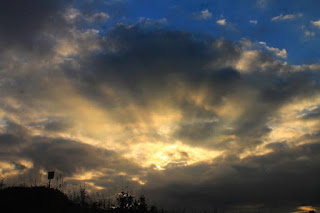 There was a chill in the air when I took Paddy out for his first walk of the day, but it was still stunning.
Once breakfast was eaten, I relit the back cabin stove, filled the Copper kettle and got the boat ready for the off at 8.40am. We seemed to be the only boat moving for sometime, so had the cut to ourselves in the early morning sunshine. 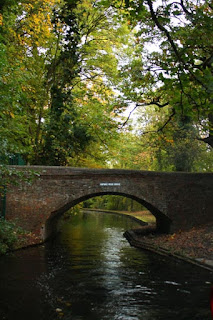 The Autumnal colours were evident again through Hopwas wood. There is something truly breath taking about Autumn and all it has to offer. Of course we all know we are on the downward spiral to Winter, so just make the most of the Autumn whilst you can. 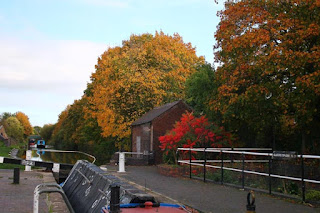 First locks of the day were at Glascote.
We then cruised on past the Samuel Barlow at Alvecote and stopped at Grendon services to empty the loo and get rid of the rubbish. No water was needed, as we filled up yesterday and we should now be fine until we get home next week. Lunch was Bacon butties on the move. I love it when I can cook on the back cabin stove. When I am not cooking, then the kettle is always boiling. 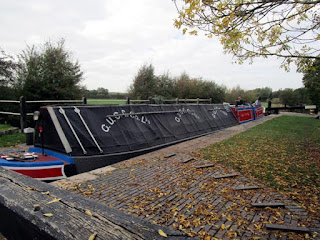 We arrived at the bottom of the Atherstone flight at 1.40pm, so decided as it was still early we would carry on up the 11 locks. Joy of joy the locks were in our favour and when they were not, it was because a boat was coming down. We only had one lock against us, which has to be a first. We completed the flight in just under 2 hours. 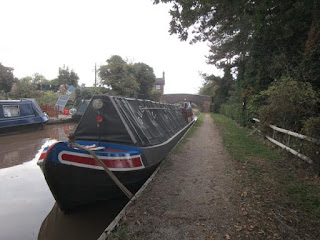 We moored up at Hartshill at 4.30pm. I swept the saloon flue and then got on with doing us something for dinner. Paddy got a walk and his lunch, which was rather late, because he will not eat when we are on the move. He has his tea to eat later on when Keith has walked him. A fantastic days cruising. Now looking forward to a peaceful evening and an early night.