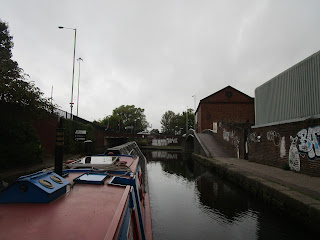 We had a quietish night on the offside mooring until around 4.30am, when we were woken by jack hammers and pile driving going on. We know there is work going ahead at the railway station, so we reckon they were working early doors. We both had then a disturbed snooze, before me getting up to make a cuppa at 6.30am.
We left Wolverhampton at 8.30am and headed for the top of the 21 locks. 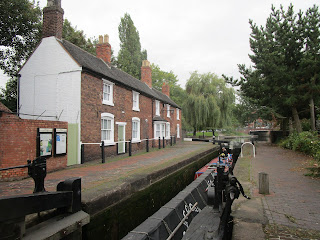 For the first 10 locks it was dry and warm. 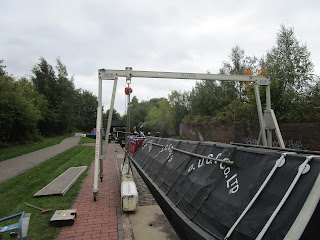 At locks 6, C&RT were replacing the lock beams to the bottom gates. It did not hold us up, because they were doing one at a time, so boaters could get through without any hassle. 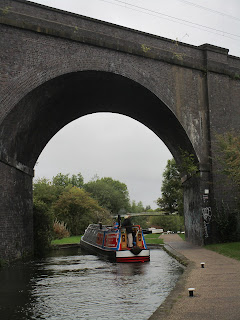 By the time we got to lock 10, the drizzle began to fall. It then turned into rain, which was doing its best to get me soaked. But once wet, what does it matter. We did not see another boat until we were in lock 17. Then two boats were coming up. I was thankful we were almost at the bottom. 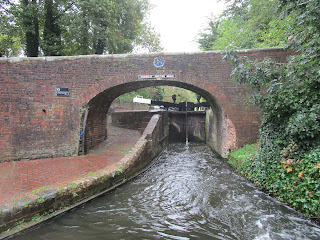 We exited the last lock and turned onto the junction at 12.10pm. 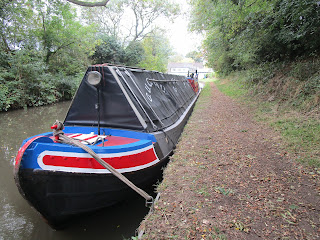 We arrived at The Anchor Inn at 1.25pm and moored up, with the rain gone and a touch of blue sky appear overhead. I will now be drying out in front of the back cabin stove and resting my aching back. The locks are not difficult to do, but my sciatica decided it would put in an appearance towards the end. I know it will settle down again. Despite the weather, we have had a good run.