Visit over for another year. 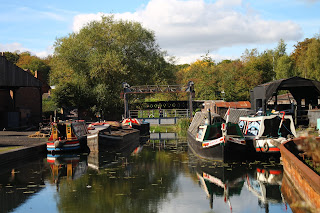 That is it for another year. We spent our last day enjoying the BCLM and will not be back until next year all being well. Sunday was not as bright and sunny as Saturday, and there was a definite Autumn chill in the air, but we still had a wonderful day catching up with folk. 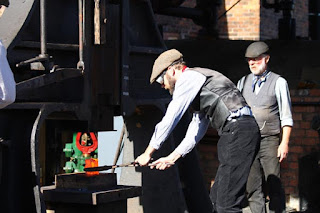 An early morning again, blimey my body clock is all over the place. Another early cuppa, before getting to grips with the days chores. By 8 am we were already to move over the the facilities, but we then got something around the prop, which turned out to be plastic bags and weeds. Prop cleared and on the sanitary station mooring, we topped up with water and emptied the cassette. 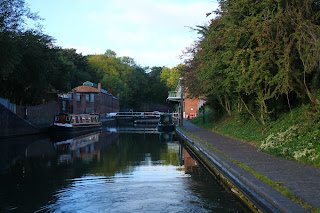 We then said "Cheerio" to the BCLM for this year. Hopefully we will be back again next year. After a pleasant but chilly run we arrived in Wolverhampton at 10.30 am, where we moored up. 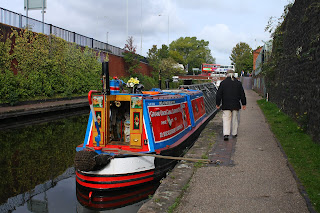 After lunch we took a walk into the town for a nosey around. Like so many towns and cities it is suffering from the empty shop syndrome. Towns and cities need to re-invent themselves in order to survive. Most of this is due to the internet or so they say, but I also think many businesses go under due to the high retail costs landlords put on them. If a shop is empty it is not earning any money is it? 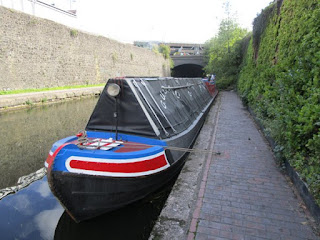 Anyway we had a nice wander. I managed to get some camisole tops from Primark for £1.80 each. They will do me nicely. Back at the boat, we moved the boat to the opposite side where there are 24 hour moorings, but they go no where, so once on them you cannot go for a wander, but many people say they are safer and it must be so because we were joined by two other boats and no one moored on the towpath side. Paddy did not mind having a restricted mooring, he was happy to just walk the length of the mooring and do what he had to do. We had a nice quiet evening in.