To Stafford and back. 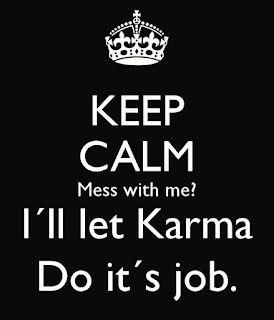 Have you enjoyed a good Tuesday?

I have had a lovely day, which began with the usual cuppa in bed, whilst listening to the local radio station, which this time is BBC Radio Stoke. This radio station is great. It makes me giggle. They are doing 50 ways, in 50 days for Children In Need. They are given modes of transport, which they must find and travel in a forward motion to complete the task. They have done paddle boarding, segway, horse, milk float, lorry and all done with degrees of hilarity.
When I eventually got up and dressed, Paddy was still very much asleep in his bed. These days, we have to wake him up, to then get him out for his walk. The old boy is beginning to struggle, which makes us fear that the day is drawing closer when we will have to make a decision, which no pet owner wants to have to make. But we have always said, we will not allow him to suffer. Anyway once he was up and got his legs in order, we had a nice stroll along the towpath in the sunshine. The birds were singing, which always gladdens the heart somewhat. Back on board and Paddy enjoyed his breakfast, at the same time as we ate ours.
Today we were going into Stafford.

It had been a year since we had been into the town and we were both interested to see how well it was doing since last years visit, which was disappointing due to all the shops which were empty. We caught the 101 bus, Keith using his bus pass and I had to pay £6 for a day ticket. Having arrived in the town, it was all to apparent that there were even more shops closed down and some of them big name stores. The M&S was empty because they have moved into the new shopping area, as have New Look.

The new area is very well situated, but it has meant in the town there are large buildings empty. On the plus side a new Wetherspoons has opened and it looks like some independent shops have opened. But it is still in need of some inspiration. Hopefully if we visit again, possibly next year we will see a turn around, because Stafford is a lovely town. We had lunch in the new Wetherspoons, having had a cup of tea at the old Wetherspoons, which is in the old cinema and in fact they still show films there on a Wednesday evening. It is well worth a visit and it has to be my favourite Wetherspoons. Going back to the new Wetherspoons the Butlers Bell, we had 2 meals from the menu for £8.99. We both had the Beef cottage pie, which was really lovely. I however could not believe my eyes, when a young lady on the table opposite us, sat there brushing her hair, whilst everyone around her was eating their food. Even when her lunch arrived, she carried on. Goodness knows what her boyfriend thought, but he was to engrossed in his phone, I think to take notice. To me it was the height of rudeness and not particularly hygienic.
Where have peoples table manners gone? 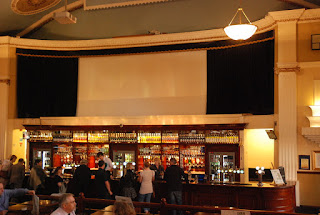 Having covered every corner of Stafford, we headed home on the 101 bus, to find Paddy still snoozing in his bed.
So my day was a lovely one. I did not spend a lot of money, in fact I bought some sweets and that was my lot, because there was nothing I really needed. Keith on the other hand bought some more bits for his railway.
As the evening is drawing in, I have lit the stove to keep the chill off and I will be spending the rest of my evening reading Daughters of Courage by Margaret Dickinson. I absolutely love her books. I may even do some more crocheting. Oh and on the mention of crocheting, I posted two more blankets off to The Border Collie Trust.