From between bridges 25 and 26 on Shroppy Middlewich Branch, to between Bridge No.172 and Big Lock on the T&M in Middlewich. 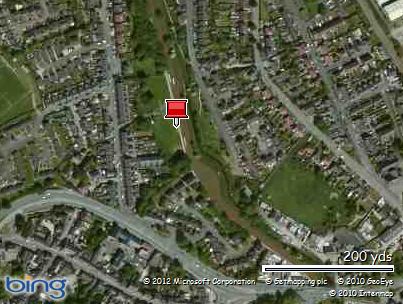 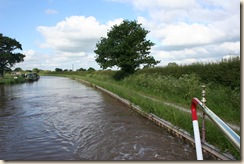 We left our over night mooring 8.35 with a view to getting to Middlewich to get some food shopping done. The sun was out and it was really quite pleasant. 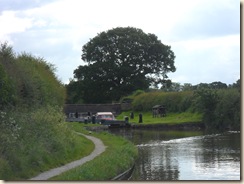 We got to the first lock and a plastic cruiser was already on its way down, so I went down and helped with the gates allowing the gentleman on board to get on his way. We reached Middlewich at 9.15am and moored up the other side of bridge 28 where the 48 hour moorings were empty thankfully. With rucksacks and bags we locked the boat up and set off for Tesco, which is only a short walk from the moorings. 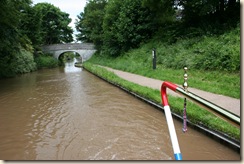 Having got back to the boat, I stowed all the shopping away and made us a coffee, which we drank as we set off at 10.55 for Wardle Lock, which had a queue. 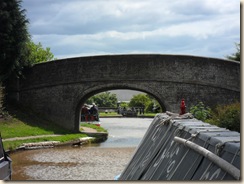 We joined the back of the queue and the fun and games began, as everyone wanted to work the lock their way, which did not please others and then there were those who did not get off their boats to help at all, but that is another story. 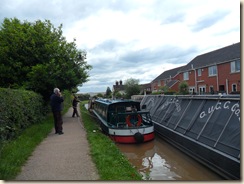 As the queue went down we went through the bridge 'ole and joined the queue. 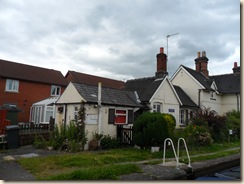 We eventually made it into Wardle Lock, where Maureen's cottage as I will always know it looks like it is having work done to the inside, but the outside still looks very sad. As we were about to come out of Wardle Lock, two boats came under bridge 168 to come into the lock, this meant we would not be able to make the turn on to the Trent and Mersey, so I walked down and asked the second of the two boats if he would mind reversing back  out on to the moorings, as he was already being pushed out under the bridge due to the flow of water coming from the lock, when the paddles were opened, this he very kindly did and Keith then began making the turn. 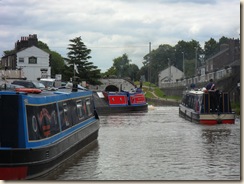 I carried on walking down to the 3 Middlewich Locks, as Keith moved the boat past the Middlewich hire boat company. 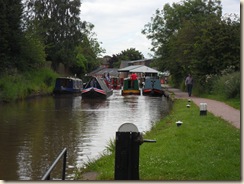 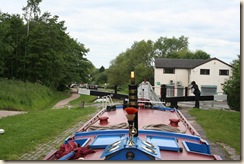 As you come out of the second of the three locks you have a tight turn to negotiate to enter lock three. 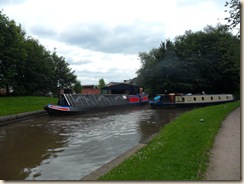 This had to be done around NB Straight & Narrow, who was going up. 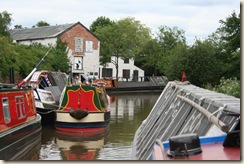 Some boats have already arrived for the Middlewich Festival, Saturn, Thea, Cactus, Darley, Witby, Wigeon, Gerald No13 are all moored up. 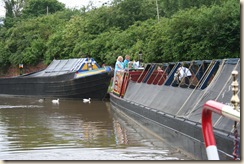 Phyllis and Henry gave us a wave from Cactus, it was lovely to see them again. The last time we saw them was at Ellesmere Port when they were on their boat Perch.

We were passing Roy on Gerald No 13, when Roy asked if we were going to stay for the Festival. 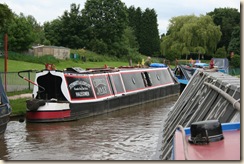 It had not been our intention to stay, as we were on our way to the Anderton Lift, but we then thought what the heck why not, because we are not going down the lift till Monday. So we pulled in just in front of Hobo, which is moored in front of Roy. All moored up we had a chat with Roy and then had lunch. After lunch we walked back to see Phyllis and Henry on Cactus and enjoyed a lovely natter with them. I do love their company, they are a wonderful couple. 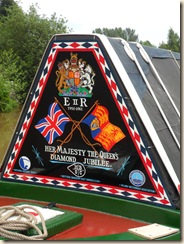 The cratch board on Cactus is absolutely fantastic, the workmanship is amazing. It was all done for the Jubilee Celebrations.  Whist chatting to them, Brian and Ann Marie came past on nb Alton, Keith chatted to Brian who he said our new button fender would be ready when they return to Middlewich on Friday. 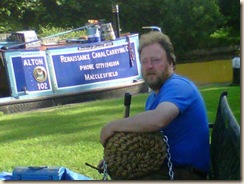 We look forward to seeing them then. This is Brian working on our fender. Our old button fender has seen better days, so a new one is called for. Having left them, we went up into the town to get a couple of items, before walking back to the boat.

We are now looking forward to the Middlewich Festival, which we have never been to before. We will leave early on the Sunday, to be at the Anderton Lift for Monday as we are going down at 10.45am. I am really looking forward to seeing lots of friends, and enjoy some of the festival. For now dinner is on and so is the football, so I will bid you farewell for today.