It seemed such an anti-climax after such an amazing weekend, but Monday saw more boats leaving, which meant reshuffling a few of them. For us it meant a day of food shopping, brass cleaning and getting rid of rubbish. We spent some of the day just chatting, as if we had not done more than enough chatting over the weekend, there is always something to talk about with other boaters. We had a really good laugh with Andrea and Andrew on Dove and Dawn on Canis Major. Marmite got rather wet during the afternoon, she was standing on the back counter and some how Paddy managed to knock her overboard. Thankfully she was wearing her harness and lead, so another boater pulled her out of the water for us. As you can well imagine she was very unimpressed at being wet. I dried her off with a towel, but this did not improve her mood, so she sat in the back cabin washing herself off for the rest of the afternoon. That was her once a year dunking, bless her. Paddy was probably rather smug, that he had got his own back on her for all the times she has bitten and scratched him.

As the day drew to a close and we were all chatted out, I made a suggestion that we should eat out at Wetherspoons, because to be honest I did not feel like cooking, so after feeding mog and dog and dog getting his walk, we put on some smarter togs and headed to the pub for a cheap meal and cheap pint of Ruddles. 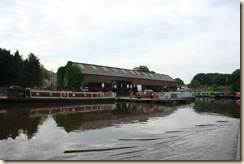 This morning we said cheerio to the Northwich River Festival site at 8.55am. 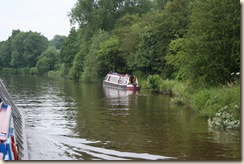 We went  the river, winded and waved to Roy on Gerald No13 as we passed him by, heading towards the sanitary station. 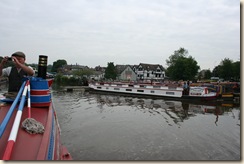 We past the few remaining boats moored from the festival, gave them all a wave and carried on to Hunts Lock. 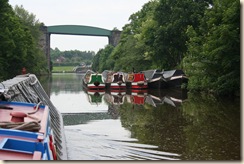 Before approaching Hunts Locks we passed the old Yarwoods boat yard. The Basin which is now home to pleasure boats was part of a backwater which became the boat building yard of John Thompson, he built timber barges and sailing flats for the emerging trade in carrying locally mined salt by water. In 1896 the boat building yard was purchased by ‘William James Yarwood’ and the yard started using iron to build its boats where riveting came into fashion. For the following 70 years the Yarwoods built over 1000 vessels, some of those boats were at the Northwich River Festival. 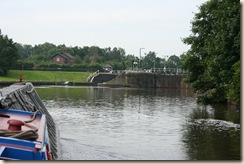 On arriving at Hunts Locks there were three boats waiting to come down, so I walked up to the lock to let the lock keepers know we were there, not that they did not hear us coming ha ha ha. 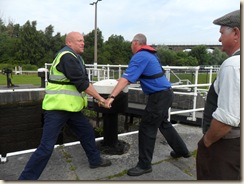 I am so glad, I did not have to wind the gates open, it is not for the faint hearted. 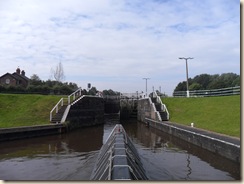 The three boats exited the lock and we made our way in, with me standing on the roof with the centre line ready for the lockie. 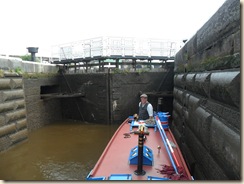 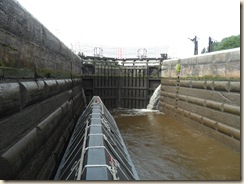 The lock keepers said they would ring ahead to let the next lock know we were coming. 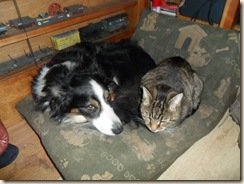 Paddy and Marmite were in bed together whilst we were on the move, I think she must have forgiven Paddy for her soaking.

As we exited the lock three boats were there to go in. 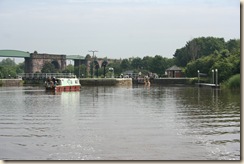 We passed by a boat yard, with boats of all sizes and condition. 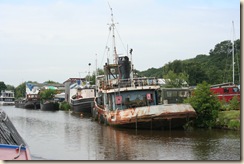 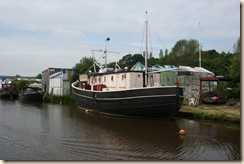 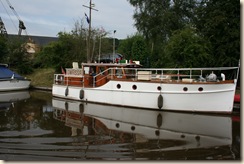 The Weaver is stunning. 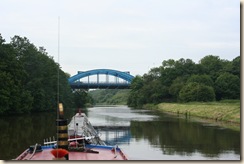 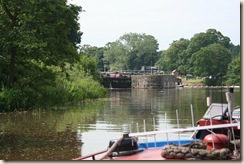 In no time at all we were at Vale Royal Locks, with a boat just exiting, so great timing. 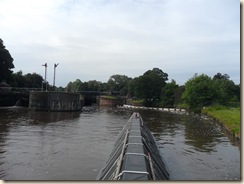 Into the lock we went with me on the roof. 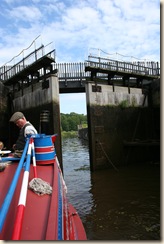 On this occasion no rope required. 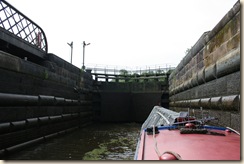 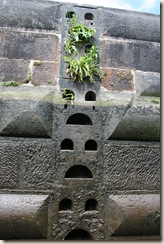 On exiting the lock I thanked the lock keepers for their help. It pays to be polite and costs nothing. Whilst Keith steered the boat, I made us a coffee.

We passed the Vale Royal Moorings on the Valeroyal cut, which we would come back to. We then had to get under the Newbrodge Swing Bridge which is rather low, so I was ready and waiting to take the engine exhaust chimney down and Keith took the back cabin stove off. 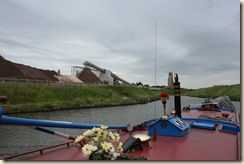 The mine is the oldest working salt mine in Britain. 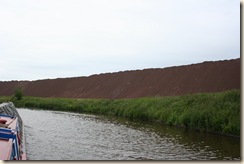 Lining the offside bank is a huge mountain of rock salt.

When we got to Winsford we winded at the Red Lion pub at 11.20am 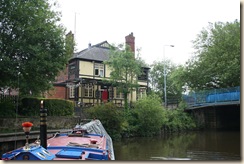 We did not want to go up to the flashes and wind in case we got stuck. Having winded we headed back down river to the Vale Royal Moorings, passing back under the swing bridge. 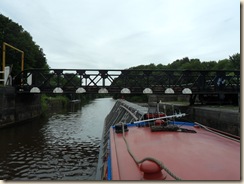 At the moorings Keith winded the boat again, so we would be pointing up river and pulled into the moorings. 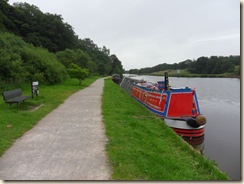 Moored in front of us were some people we knew from Ellesmere Port at Easter and to some others we were at the Northwich River Festival with. it was then the rain began to fall, so we all made for the shelter of our boats. I prepared some lunch and watched as the rain kept falling. We will stay put over night and head down river tomorrow.