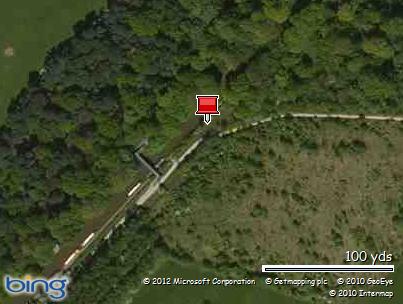 After a fabulous day enjoying the festival, we spent last night (Saturday), in The Boars Head. When we got there, there were a few people playing and singing. 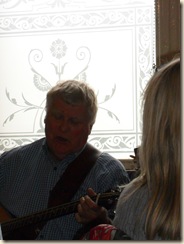 Jimmy off of NB Border Reiver was playing his banjo and guitar and was excellent as always. Unfortunately with an act booked, Jimmy and his crowd were asked to move from the corner they were in because the booked act was due to arrive. So Jimmy and crowd packed up and went to another pub, which was a real shame. 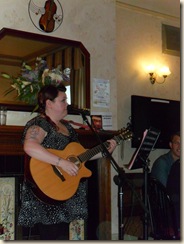 8pm the room was taken over by Hayley Strangelove, who was booked for the evening, so I was interested to see how good she was and wow I was not disappointed, she was fantastic and what an amazing voice. She sang lots of old and up to date songs, many of which I joined in as did others in the pub. Hayley was well worth the booking, she had already done three hours in The Narrowboat, so she must have been struggling, but it did not show at all, very entertaining. By 9.45pm I was so hot as there were no windows to open and Keith looked like he was also melting, so when Hayley took a 5 minute break, we decided to make a break for it and head back to the boat. It was so refreshing to get out into the evening air. I know I am menopausal, but I really was at boiling point and there is only so many items you can disgard when in public. After a coffee and a little bit of TV, I was off to my bed on what had been a great day.

Sunday. Early hours the sun had been shining, but by the time we were up it was overcast again. Paddy got his walk down to big lock, we then had breakfast and got on with preparing for the off. 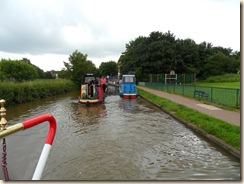 When we moved off from the mooring Tracey and Ray on NB Billy Whizz moved into our place, they had spent the night alongside NB Hobo. We waved goodbye to Roy on NB Gerald No13, but will probably see him again at Northwich. 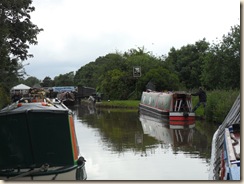 We thumped our way to Big Lock, where there was a boat already waiting to go down and a boat coming out of the lock. 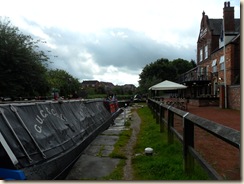 We joined NB Snails Pace in the lock. 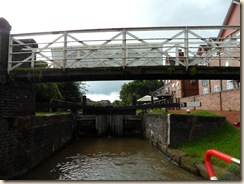 On leaving Big Lock, we let NB Snails Pace go ahead of us, as we thought they may be quicker than us, but actually the boat lived up to its name. We were behind them for about two and half miles and at times we were in tickover. 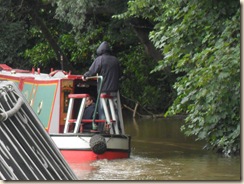 They almost collided with boats coming through bridge 'oles because they lost control of their boat, eventually just before bridge 179, they allowed us past and we were underway. It amazes me that no sooner boats allow you past they then decide to speed up, so he was up our behind for a bit, then he slowed again and then he caught us up again, I have no idea what was going on, but anyway we stayed in front. 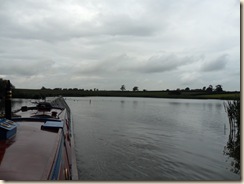 We passed the three flashes. 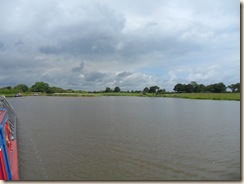 There were lots of Greater Crested Grebe on the flashes. 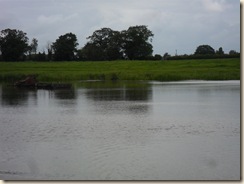 The old boat is still a great perching place for the ducks. 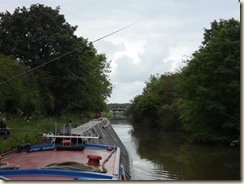 Just before Broken Cross we came upon a fishing match. All of the men fishing were in a jolly mood and many of them said "Good morning". 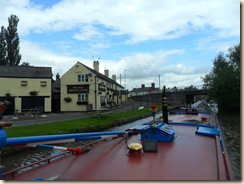 It was then onward past The Lion Salt Works, which is under going restoration. 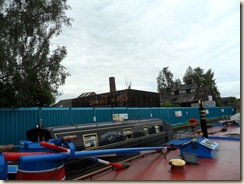 We have stopped at Marbury Country Park, which used to have lovely moorings, but it seems no one is cutting grass these days. As I held the centre line, so Keith could get our Rond anchors out, Snails Pace and another boat went past. 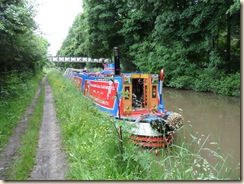 The last time we moored here, the grass had been cut and it was lovely, the only saving grace is it is deep enough for us. Moored up, it was time for some lunch and a coffee. We have no TV signal, so no football for us later grrrrrrrrr. Off down the lift tomorrow, fingers crossed.