Wow what a time I have had and I should say the other half has also had a fantastic time.

As the day wore into the evening and the preparations were also most complete, it was the boaters Folk Night. 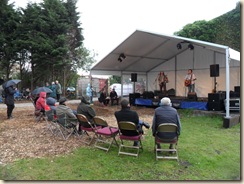 First up were Tom Kitching and Greb Bartley. 7-8pm 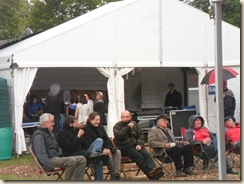 Hardy boaters sat in the rain. 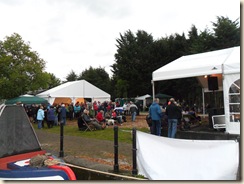 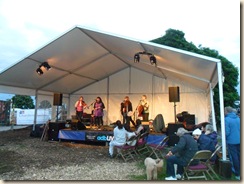 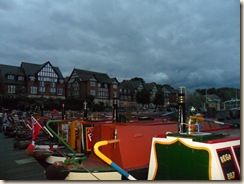 Although it was a boaters due to welcome us all, a lot of local people also came and joined in, which was wonderful to see. The weather was not great but it did not stop anyone having a good time.

It was a day of sunshine and heavy old showers, with a stiff breeze. 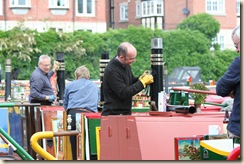 First two jobs of the day were to clean the brass. Nigel was doing a wonderful job on Widgeon. 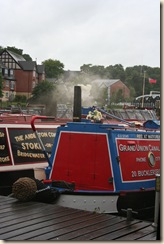 Second job was to light the back cabin stove.

The site opened at 10am and the stalls were ready and waiting for the public. At 1.30pm there was a boat procession on the water. 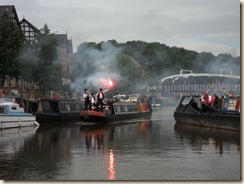 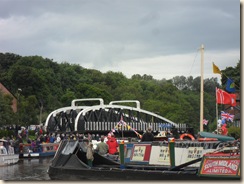 Town bridge was then swung open for other boats. 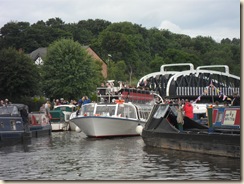 The band played on. 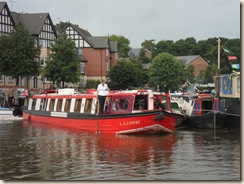 L.S Lowry pulled in with all the VIP's on board. These included HM Lord Lieutenant of Cheshire, Graham Evans MP, Clive Henderson and others. 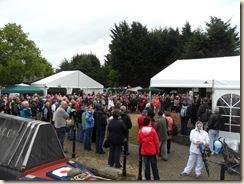 The crowds were incredible on a showery day, but everyone was in a good mood and the music of the Roberts Bakery Band certainly got everyone joining in. 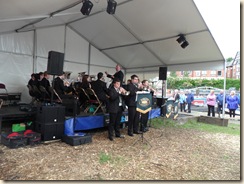 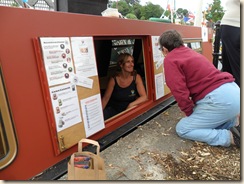 Sue and Ade on the cheese boat were doing a roaring trade.

After the days wonderful events, the site closed for a couple of hours and then reopened for the evenings entertainment. We were entertained by 8 Ball Truth, James Davison and the gig of the evening Beaver, wow they were amazing. 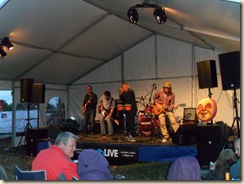 The showers were getting more persistant, but this did not stop everyone rocking the night away. 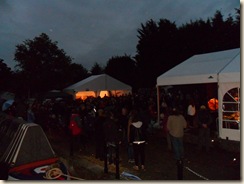 The whole place was rocking with people dancing and singing, it was truly an amazing day.

Yayyyyyyy the sun has his hat on and his was definitely out to play.

Stove lit, brass cleaned and with us both spick and span, we were looking forward to another great day.

First event of the day after the site opened was the IWA fun dog show. 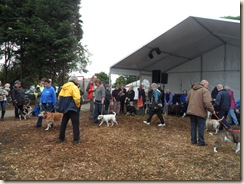 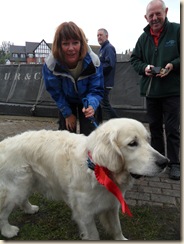 Best in show was Jamie. (So handsome).

As well as the stalls there was a lot of entertainment for the children, which included Chris Topper Puppets. 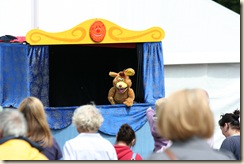 There was duck racing on the River Dane, which had a strong flow on it after the nights rain, so the ducks were in a hurry.

The boats went out on their precession and many of them did not come back, because they had to head for the lift. 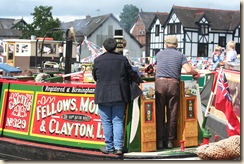 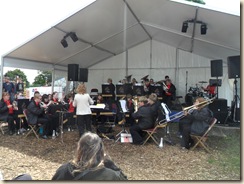 Whilst the music played. 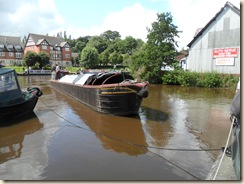 Lindsay came in up the River Dane to take on Salt. 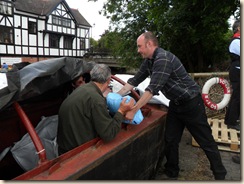 As some of the boats left and the stalls packed up it was really quite sad to see it closing down after such an amazing weekend. Keith and I have had the most fantastic time, meeting up with people we know and making new friends, who we will see along the way no doubt. The Northwich River Festival has been one of the best festivals we have ever been to, it was well organised and the volunteers have worked so hard. Mike Cater the harbourmaster has been incredible in organising the boats and so as a little thank you from Keith and I we gave him a bottle of wine, so he can sit down and chillout after all his hard work. It is however sad to think that if there is another Northwich Festival, it will not be in the same place because the area is being knocked down and a new supermarket, hotel etc is going to replace it. So we have just been to an historic event.