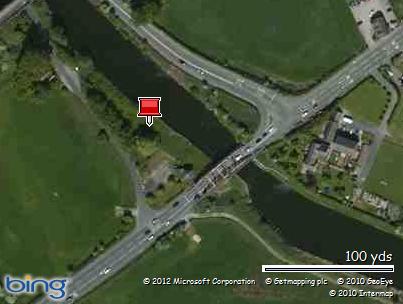 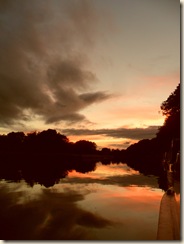 Last night we were rewarded with a stunning sunset, which ended a perfect day. 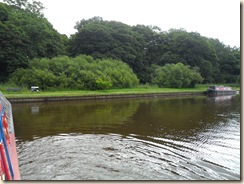 We left the over night mooring at 9.15am and turned around to head down river. 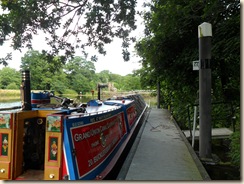 We pulled in on the pontoon at the Vale Royal Locks and Keith went to see the lock keeper. 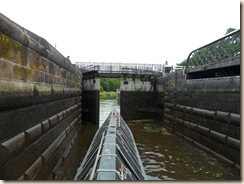 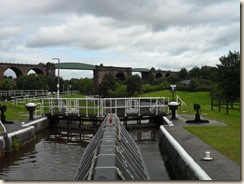 It was then back into Northwich. 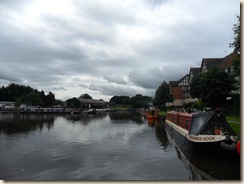 We pulled in to empty the toilet cassette and met up with Alan and Lin on NB Farthings Hook, who had been at the festival. Their retriever Jamie was best in show at the dog show. We agreed to travel together so we could share the locks. Whilst Lin put their shopping away, I took the photographs off of my camera, because the memory card was full. Cassette emptied, camera memory emptied and coffee made we untied and headed off. 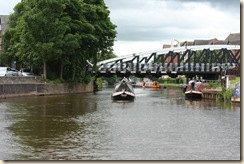 We headed off in front of Alan and Lin and it was not long before we were passing the Anderton Lift. 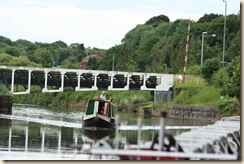 There are some lovely views across the valley as well the industrial structures, which have a charm of their own. 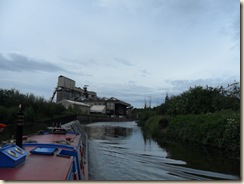 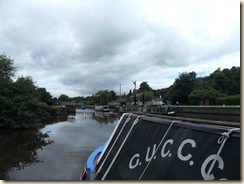 On arriving at Saltersford Locks, Alan and Lin breasted up with us on the pontoon. The lock keeper informed us he was going for his lunch, which we said was not a problem because we would do the same. So whilst he had his lunch we had ours and nattered to Alan and Lin. 12.45pm the lock keeper was back and three boats came up and we then went down. 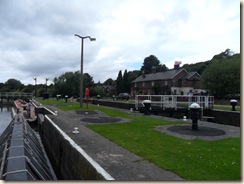 On exiting the lock Alan and Lin went first. 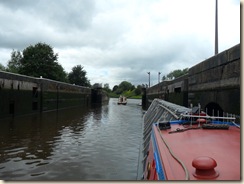 After Saltersford Locks, we actually saw some housing after such a lot of countryside. 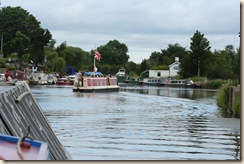 There was also the Acton Boat Club, some of the members bought their boats to the festival. 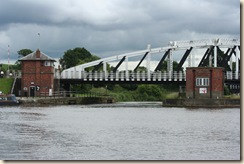 Acton Swing Bridge is very impressive, there are moorings near the sanitary station, which are very handy. 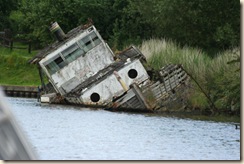 A very sad sight, but a much photographed sunken boat before Dutton Locks. I wonder what sort of life it had when it was afloat?

Dutton Locks can be seen from the canal. 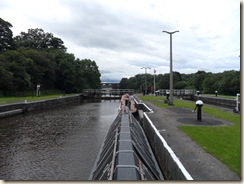 Alan and Lin were first into the lock and we followed on behind, the lock keeper took the centre line, placed it around a bollard and then handed it back to me. The lock keepers on the River Weaver have all been very helpful and chatty. 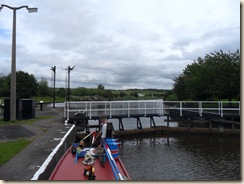 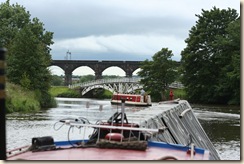 Having exited Dutton locks and once again thanked the lock keeper, we followed on behind Alan and Lin. There are some lovely bridges and viaducts on route. This elegant viaduct came into view. We passed by Pickerings Wharf and The Belt, trundling through some beautiful green countryside. 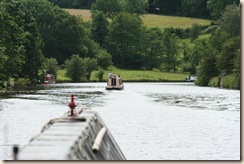 Devil's garden was ahead of us, this is a place we will stop at on the return trip, many boaters have said how lovely it is. 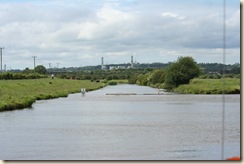 Frodham cut, which is no longer in use. 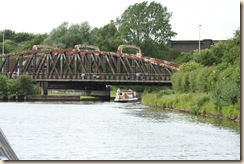 We arrived at Sutton Swing Bridge, which looks like it needs a coat or two of paint. Alan and Lin pulled into the 48 hour moorings first and we followed. 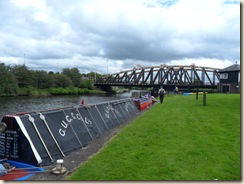 After what was a longish day for us this will be home for the night. 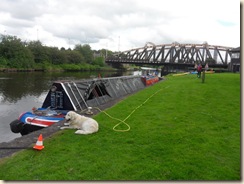 Keith wanted to change the engines oil, so whilst she was hot we pumped the old oil out and will put the new oil in once she has cooled down a little. Although we are on a 48 hour mooring we have our very own water tap, so I made good use of it and filled the water tank, whilst Jamie watched on. Jamie is Alan and Lin's dog and he is so adorable. The sun has shone all day and even when dark clouds threatened to rain on our parade, they blew over with the ever increasing breeze. It has been an excellent day with great company.