We had a heavy frost over night, which meant a chilly but bright start to my day. Both Keith and I were wake early, so I got up made us both a cup of tea, and riddled the back cabin fire out to get it going in order to get the back cabin warm.

With a sunny start to my day, Paddy enjoyed a run out across the field in front of Beeston Castle, which looked glorious in the sunshine. 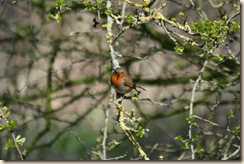 A Robin greeted me as Paddy and I walked back to the boat, where Keith was cooking breakfast. After a scrummy breakfast and a catch up on e-mails and facebook, Keith and I went and collected some wood we had noticed along the towpath. At first we carried the logs back, I then suggested we use the trolley, to save us having to keep going back. The logs were put into the hold ready for when we want to cut it up. 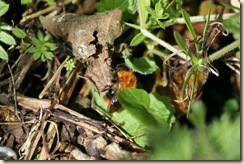 Because of the sunshine, I went out with my camera before lunch, to see what was about as far as a photograph opportunity. 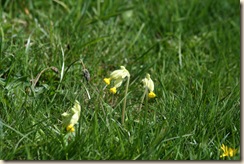 Something I do not see much of these days are Cowslips, so was chuffed to see some in the field by Wharton Lock. 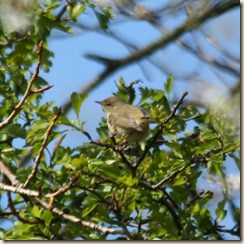 A Chiff Chaff sat in a bush singing away. 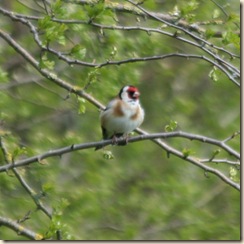 The male was doing a merry dance to attract his female. 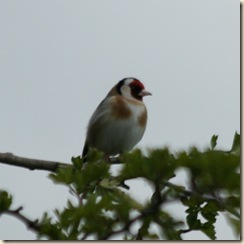 There have been lots of boats on the move today and lots of walkers. One particular walker was searching for her two terriers, who had gone walkabout. If you cannot control your dogs off the lead, then why let them off the lead???

As the afternoon has worn on, the sun has become less and a chill is setting in. The weather forecast for tonight is to be cold again, so I have lit the saloon stove so the chill is kept off. I have a chicken cooking in the back cabin oven, which smells lovely, we will have that with veggies and potatoes later. It has been a relaxing Sunday in many respects, we will be on our way again tomorrow.