This is true I have found. 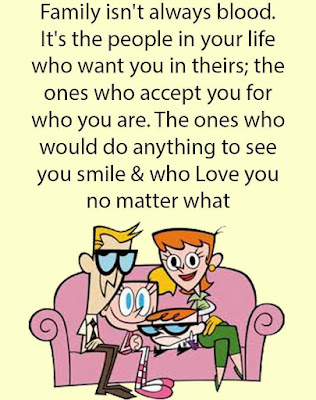 Who stole this year?
I do not know about you, but this year has flown by despite the fact we did very little cruising. My Nan told me that as you get older the years seem to fly by quicker, and whilst when I was younger I did not believe her, I do now.
So here we are at the business end of the year, especially if you are selling something. With Keith now signed off by the physio today, we are going out on the boat for Christmas. We are having Christmas dinner with a friend and to get there we are taking the boat. I love Winter cruising, so it will be a matter of wrapping up warm and away we go soon.

I am pretty much done with all the Christmas preparations. Gifts and cards are bought, I still have the cards to finish. Food is piling up in the freezer for over the festive period. I still want to get a couple of things, such as a Gammon joint which we will have over Boxing Day. The Christmas decorations are up and so all is well in my world. Over the past few years we have cut back on the Christmas card sending. This is not because I am a scrooge, I just prefer to hand my cards out in person where I can. Thinking about it though with the price of a stamp, I think a lot of people are cutting back on sending their cards. I think there is nothing nicer than receiving a Christmas card from someone you have not seen or heard from in ages and I especially love it when they come with a newsletter. With e-mail and social media the writing of cards and letters has dwindled, but I am still a lover of pen to paper. I will be posting my cards and presents in the next few days.

You may have noticed with the coming of Winter, the temperature has dropped, so much so we had some snow this morning and more is supposed to come on Sunday. This is making me one very happy lady, because I adore the snow and always have. If we do get a substantial amount, I will be out with my camera. Anyway with the thought of the cold weather coming, I thought I should sweep the flue to the saloon stove, only to find it was partially blocked, only leaving a small hole for the smoke to escape through, this explained why the Carbon Monoxide light had been flashing red of late. I tried to clear the obstruction with the flue in place, but that did not work so to get it cleared we had to take the flue out. Our flue is extremely heavy to it took the both of us to man handle it out of the boat and onto the pontoon. With a bit of brute force and ignorance we finally got it unblocked and back into its rightful place. The fire was relit and although the fire was working better, I was still not 100% happy so when we went into town we went to our local hardware store and bought some sorcerer flue and chimney cleaner. It was so simple to use and hey presto it did the trick, we now have a cleaner flue. I suspect I had not been burning the fire hot enough and this caused a build up of tar and soot. The fire is open more and it is extremely toasty on board, but this should keep the flue cleaner. We have never had this problem before and it is not the fuel, because we have always burnt Supertherm, so the only thing it can be I have been keeping the fire shut down too much. Anyway we will see what happens. Both Paddy and Marmite are happy with the extra heat. Because we have minus temperatures today, I have both stoves lit.

Well as we are going cruising, I do not know if I will be posting, so I am going to bid you farewell for now. 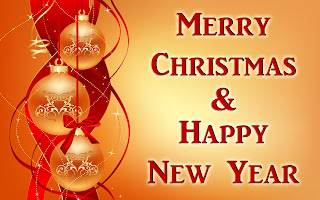 I will probably see you in 2018, unless the urge takes me to post whilst we are out.

I send you and your families the very best for the festive season.

It's a cats life. 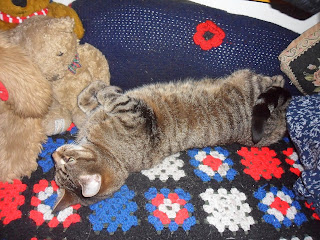 It sure is.
As the title says it is a cats life. Marmite is one of those cats which does not do cold, she does not even do chilly. She will do anything to be warm, but today she can lounge in our back cabin, because the stove is going and she can share the side bed with her teddy friends. She is one very contented miggy moo. Yes that is her nick name.

So how has it been for you?
I am talking about the past few days. Since we got back from the Model Railway exhibition, it has been a tad busy. Keith's back has improved, so much so that he is no longer on the Morphine and Diazepam, but is still taking the other medication, because his back is still not 100%. Of course his back has never been perfect, but hey he would take 99% right now. He is continuing to go to see the physio, this happens again next Friday. He has an appointment to see the consultant next week, following on from his MRI scan, so that should be interesting. We have had our first games night in the Arm, which actually turned in to a tea, coffee and natter night, because no one wanted to play board games, but were definitely up for a chat and a good old laugh.

I had my flu jab again this year, which I have done for many years and at no time have I had a cold, so you can imagine my annoyance at getting a bloomin cold. I put it down to being at the NEC with all those cold infected people, who are only at the event to give their cold away to some unsuspecting person and that person was me. First came the sore throat, which I absolutely hate, then the runny nose, which was like a running tap for two days. Then there was the cough. What I did not expect was the being sick bit yesterday. I was actually feeling human. I had eaten breakfast and then a lovely cottage pie lunch, followed by toast for tea. Being the 1st of December we put the Christmas decorations up and I was settling down for the evening in front of the TV, when I felt the need to throw-up. I seemed to bypass my tea and went back to say "Hello" to my cottage pie lunch. What was that all about? I asked myself. Anyway having had a good old clear out I felt much better. I cannot figure out why I was sick though. I can only imagine it had something to do with my cold. I am however thankful that I have not got Bronchitis, which used to happen most years before having the flu jab.

Anyway enough of my ailments. So here we are it is December, the decorations are up and the slide to the big day is ever looming. What are your plans for Christmas?
Ours are we are off cruising all being well and Keith's back. We are going to a friends for Christmas lunch and we will enjoy being out on the cut, of course making sure the lock stoppages work in our favour, which they most definitely do. I have been pressie shopping. This came about, because I walked into town to find a few bits and actually came home forlorn that I had found nothing, so we jumped on a bus and went into Royal Leamington-Spa. This proved to be a success, because I managed to get what I wanted and we had lunch at our favourite Chinese Buffet. We do not buy many gifts for Christmas, but I wanted to get a few little things. Keith and I do not bother much for each other either, but we like to get each other something. I already know what I am having from Keith, but you will have to wait to find out what it is.
I am just thinking and I am quite sure you have it all in hand, but do not forget to get any medications you need prior to the big day, because most GP surgeries are closed over the festive period. We have just gotten Keith's all sorted out. I like to make sure we have all we need and this has included things like paracetamol and cough medication, just in case the dreaded cold comes back to haunt me and creep up on Keith.

This coming week is going to be a busy one. We have a hospital, nurse and physio visits, lunch out with some folk from the Arm, more shopping to be done as well.

Today with me feeling tickety boo, we were expecting a visit from David. 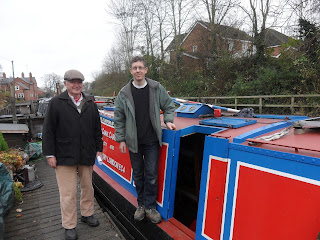 David is a vlogger and he has a blog. We chat on Twitter and he asked about filming our vintage engine for one of his vlog posts. He is doing a posting about vintage engines and their owners for the New Year and so I contacted him about our engine, because she is a rare beast. This morning at 10.30am David arrived to see our fair lady. After a cup of tea and a good old natter, David and Keith got down to the task of filming and discussing our engine. I let Keith do all of the talking because i did not want a coughing fit in the middle of filming. A grand time was had by all and we look forward to seeing the results of David labour in the New Year. He still has other engines and their boats to film before the vlog comes out.

So there you have it. We have been busy with life, colds and engine filming. I will do my best to post soon.

Pop back soon xx
Posted by Jo Lodge at Saturday, December 02, 2017 No comments: