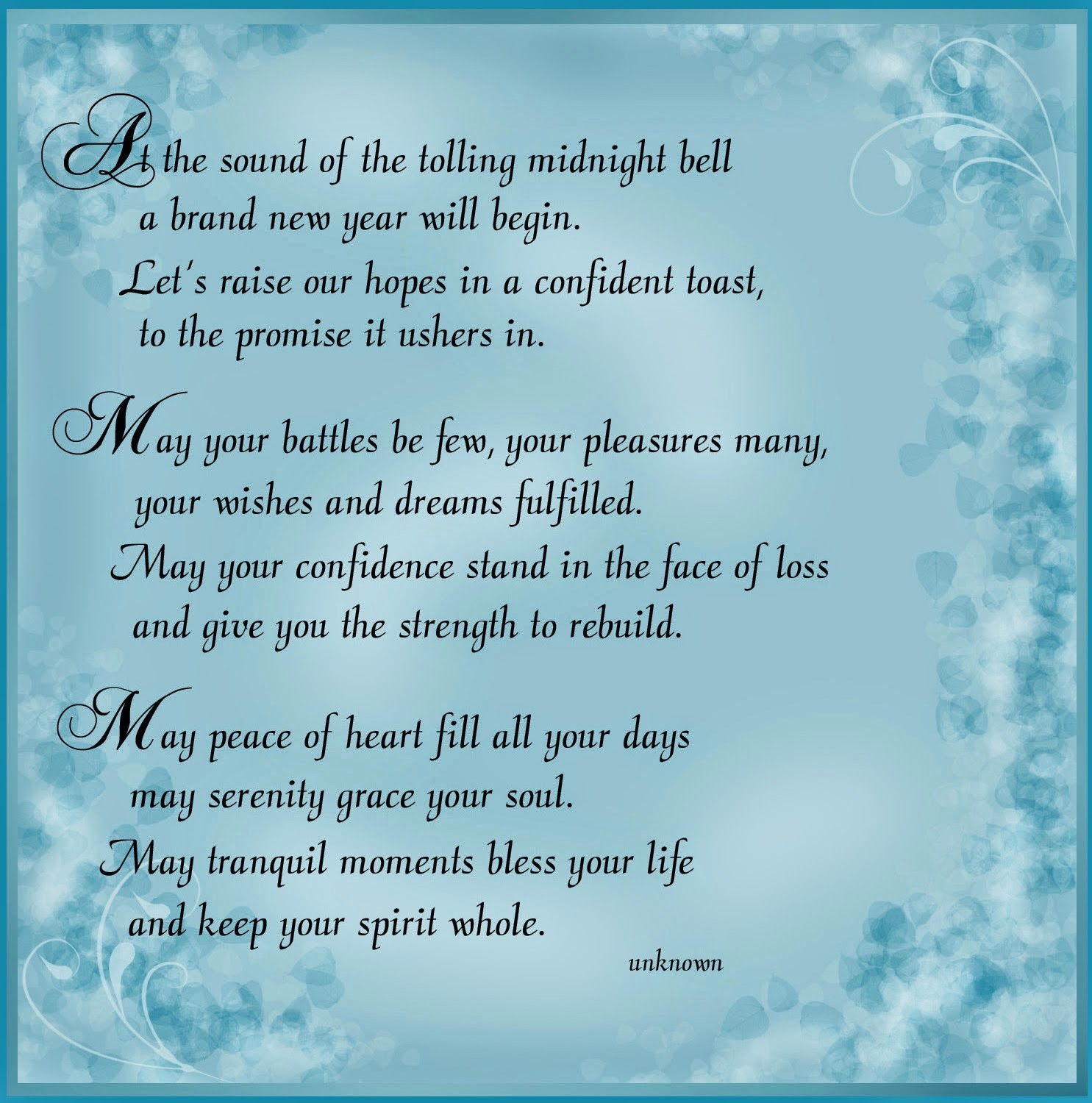 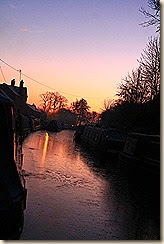 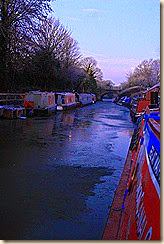 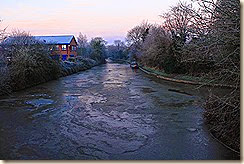 Frozen out on the main line. 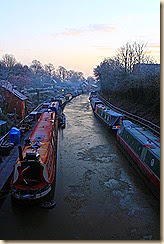 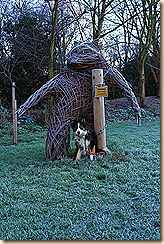 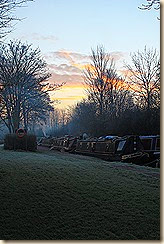 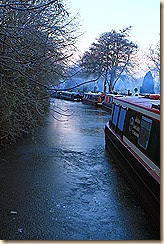 From the end of the Arm. 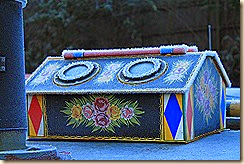 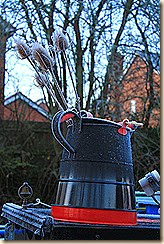 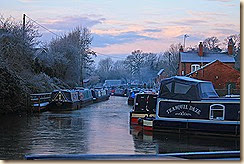 So New Years Eve is here and a New Year is now just a sleep away.

Where did this year go? 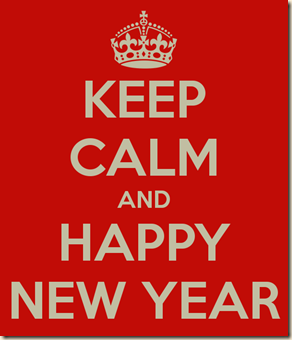 Here we go head long towards a New Year and so Keith and I wish all our readers and friends A Wonderful 2015. May it be kind to you and yours. xxxxxxxxxxxxxxxx

I hope that this posting finds you all keeping well and that you enjoyed a wonderful festive time.

My Christmas was made all the better this year, because on Tuesday 23rd December Keith came home from the hospital. having had blood tests, the consultant and doctors found that Keith’s liver was improving on its own and so they were happy to let him come home. He has to return to see the consultant in four weeks time. This was good news. The bad news was he was supposed to come home on the Monday. He was all dressed and excited at coming home, only for him to come over all poorly. Sickness and an upset tummy then took over, so the doctor said he should stay in. Now the hospital has five wards closed due to the Winter vomiting bug, so you can imagine I was praying this was not going to happen to Keith. I left Keith in the hospital and waited for a call from him, which came Tuesday morning, to say “I am coming home”. I dropped everything and rushed down to the hospital, to find Keith sitting outside the ward ready and waiting.

Back home he could spend as much time in the loo as needed and I could look after him. Our next thought was, would he be well enough to go out for our Christmas Day meal, which we book back in October. Thankfully Keith was well enough and we went to Wetherspoons as planned. 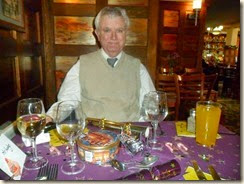 Keith was actually really looking forward to his meal. 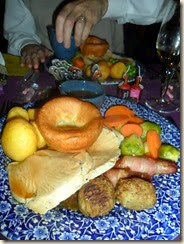 He managed the soup, but could not manage all the main course or the pudding. Considering that he had been so poorly, I was amazed he managed so much, but he did look better for eating. 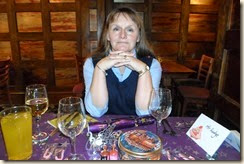 We both had a lovely time and felt quite spoilt by the team there, who made us very welcome and the food was fantastic.

Back at the boat it has been a matter of chilling-out in front of the TV. 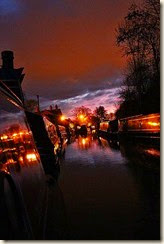 We were treated to a beautiful sunrise this morning.

It is so quiet here, which is a blessing, because at the moment all’s we really want to do is have a quiet time after such a difficult year. I sincerely home next year will be better for us and for all those who have had a difficult year.

This past couple of years has been very difficult for friends of our Les and Jacqueline on N B Valerie. But this Christmas they received the best news ever. Les had his CT scan to check how he was doing and he is Cancer free. Long may this continue and we wish them all the very best for 2015 and hope we will see them somewhere on the cut. I hope good news comes in three’s like bad news does. 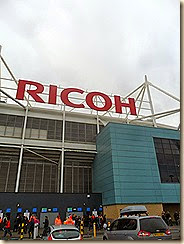 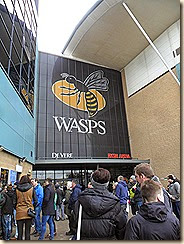 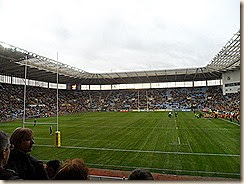 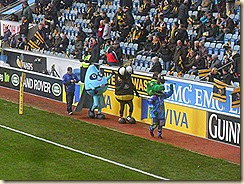 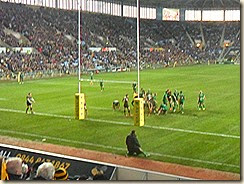 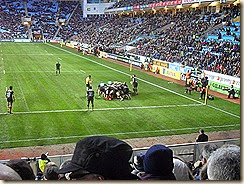 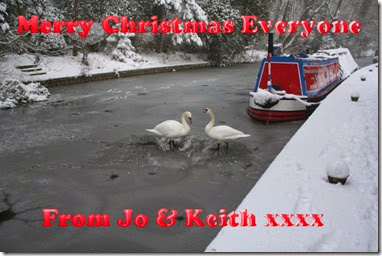 Santa has come to town.

Early on we strolled up into town, because I wanted to get some Christmas cards. Santa’s grotto was being built. The market was in full swing and there is now a definite Christmas spirit going on.

Today is Small Business Saturday, when we the shoppers are encouraged to shop in the smaller shops and give the larger stores a miss. That is very achievable in Warwick, because many of the shops are independent retailers. Having walked around the market, we made our way back to the boat and I got on with cooking lunch, which was Liver and Onions. I had left it cooking in the back cabin stove whilst we were out. The smell was sublime as I opened the slide. 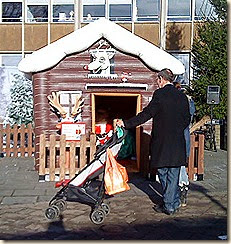 Santa has arrived in Warwick. Santa was sat in his grotto meeting and greeting the children and some of them were adult size children. We are all still kids at heart aren’t we? I know I am. Not sure he would of allowed me to sit on his knee though. 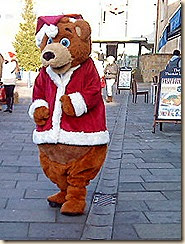 One of Santa’s little helpers. One of Santa’s helpers seemed to have a frightening affect on small children and animals and yet I thought it was very cute, but I love a bear. One thing was certain, he/she was nice and warm. The market place was very busy, as was the rest of the town from what I could see.

Christmas is coming and this year for us will definitely be better than last years.