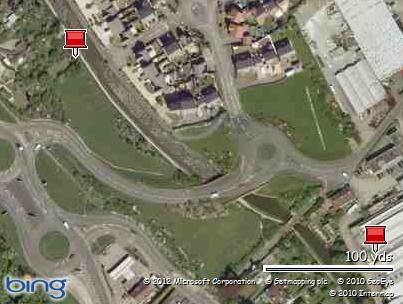 Had a disturbed night last night, when Keith woke up feeling sick at midnight. Thankfully it past and he was not sick, but it meant that I was listening out for him through out the night in case he was poorly. No idea why what happened, I put it down to the Cheese on Toast he ate for supper. Anyway we woke up at 7 am to lovely sunshine, which was enjoyed by Paddy and I as we went out for his walk. I watched as a Peregrine Falcon was being harassed by House Martins, something I have never seen before. The Peregrine seemed to fly off with a flee in its ear. 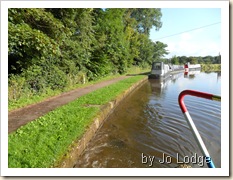 We left Barlaston at 8.25 am in the sunshine, which was lovely and warm. 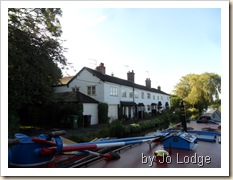 Lovely canal cottages at Barlaston. As we cruised through Barlaston it became apparent that we were behind another boat, which was further down the cut, so we would probably be in a que at the locks.

The railway flanks the canal all the way to Meaford Locks as does woodland. 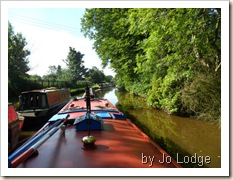 As we approached Meaford Locks, I stepped off at Siddall's Bridge to walk to the flight, where there were two boats waiting to go down and one boat coming up. The boat in front of us was a single hander, so I offered to work the lock for him when it came to his turn, which he really appreciated. 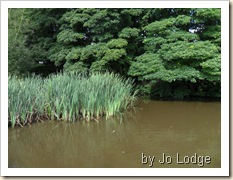 Below Meaford top lock, and alongside the next lock down is the entrance to what was the original staircase locks, which were replaced by the 3 lower Meaford locks in the 1820’s. 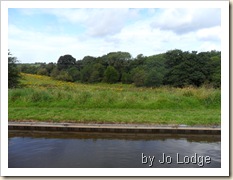 It was not until we reached the bottom 2 locks, we had boats coming up. The Meaford Locks are really easy to do. 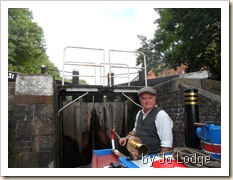 Bottom lock done, Keith picked me up and it was onward to see if we could find a mooring. 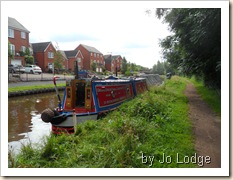 We moored up close to Whitebridge Industrial Estate, on the north side of bridge 96, where we have a deep mooring. On other occasions we have moored near Roger Fuller's boatyard, but more often than not it is to shallow for us, so this is a better option for us for a few days. Having  moored up,Tony & Maggie who live adjacent to where we are moored, came out to say hello and to take a few photographs of the boat. It is always lovely to meet people who live alongside the canal and enjoy canal life. We are hopeful that we will see them both again for a further natter. Looking forward to spending a few days in Stone catching up with friends.