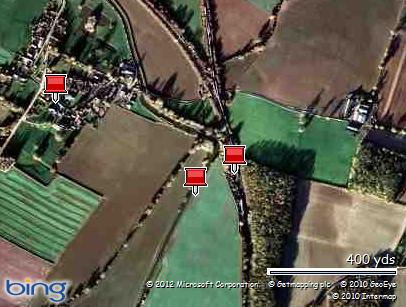 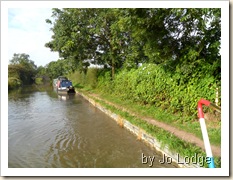 I had the best nights sleep, having had a dreadful one the night before and so woke up totally refreshed at 7am. The sun was shining and the birds were singing, so a good start to a day which is supposed to end in rain. We were ready for the off at 8.30am. 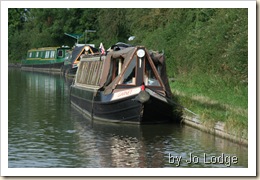 A couple of boats up from us was NB Garnet, Mike was sat in the cratch when we cruised passed. We said a quick “hello” to Mike who follows our Hadar Blog. Hopefully we will see him again as he is coming our way for a proper chat. 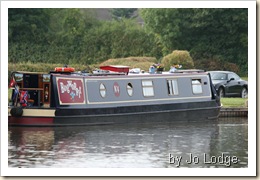 At the Stoke Golding moorings we saw Chris on NB Bog Woppit and again said a quick "hello". Chris also informed us that the moorings at Shackerstone were heaving.  Chris and his wife bought a rag rug from a us a few days ago. 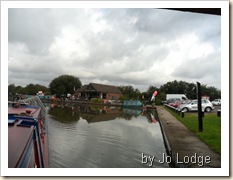 At Sutton Cheney we stopped to top up with water and were pleased to find the water point was empty. Keith went off to empty the cassette and I got rid of rubbish for the last time for a couple of weeks. I got chatting to a gentleman on NB Joanie M and he was telling me that the moorings at Shackerstone we busy, which did not bode to well for us. We need a deep water mooring and at least a tight 80 foot long. So there was I hoping that boats would have moved off by the time we got there. 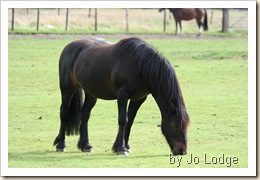 From there we made our way to Shackerstone, meeting boats coming towards us, which made me hopeful that there would be space for us bank side. But as we got towards Shackerstone it became clear that there were already lots of boats already moored up. We came through Bridge 51 Bates Wharf Bridge to find the moorings pretty much taken. Keith then reckoned we would have to wind and go back to Bridge 49 ish arghhhhh, my first thought was how far I was gonna have to wheel my Tesco food delivery. We passed the moored boats and as we approached the aqueduct corner, I spotted a space in front of the NB Plum, who sell solar panels and are called Solar Afloat. 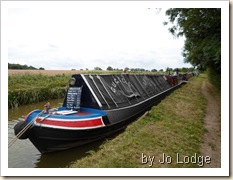 I walked down the gunwale to the bow and jumped off with the bow rope, it then became clear that we would not be getting anywhere near the bank, so we would need the gang plank for Paddy. All moored up with at least 2 foot gap between the boat and the bank, I managed to wrestle the gang plank out of the hold.  As always at any festival it is wonderful to see people we know and that has already happened. I can see it is going to be a lot of fun over the next few days as we wait for the festival to gather pace. We have offered help with setting up the festival site, so no doubt we will probably be busy as the week wears on.