Last night Keith and I went to Wetherspoons in Stone for their curry night, which we always enjoy when we are near a Wetherspoons. The place was absolutely heaving with people, but we did get a table and we really enjoyed our meal. n walking back to the boat there were rumbles of thunder over head and dark skies looming. 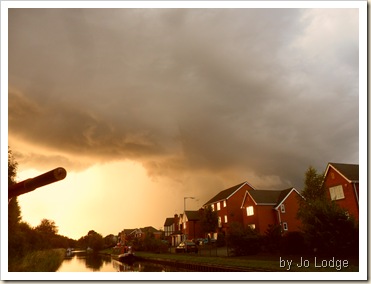 The thunder continued to rumble on for sometime, but there was very little rain. I made us a coffee and the TV went on so we could watch the Olympics. I am so enjoying it all, team GB are doing an incredible job, so keep it up guys and girls.

I had a leisurely start to the day after having a rather strange dream. I dreamt that I was either working at a zoo or an animal park and we were waiting for some new arrivals. I had to clean a pen out for goats which have two pairs of front legs (I said it was strange). The six goats were coming to stay for a while, whilst the owner was away travelling. I had to make sure their pen was scrubbed clean and ready for their arrival. The owner had had a special carpet made for the goats so no straw was needed, but on arrival the pen was not finished and the owner did not bring the carpet, because the makers had not rolled it up properly (see still strange). Whilst the owner waited, I scrubbed and painted the pen to her liking and then she was happy. At this point I woke up with Marmite meowing at me, which meant she had no food.

I had a leisurely cup of tea in bed, before getting up and taking Paddy for his walk in some lovely warm sunshine. When I got back Keith left to walk to Roger Fuller's boat yard with a piece of our back cabin floor which needs replacing, so whilst he was gone the generator went on to charge the batteries and I did a quick laundry wash. When Keith got back, we decided to go off to Stafford to see if we could buy him a new camera from PC World. Keith had already looked at a Samsung Camera online, so we just hoped they had one in and were pleased to find out they did indeed have what he wanted. 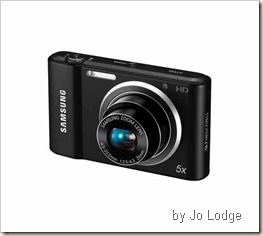 Camera bought, we went into a few shops and got a few items, which also included some new earphones for my MP3 player. Lunch was had at The Vine Hotel Pub. 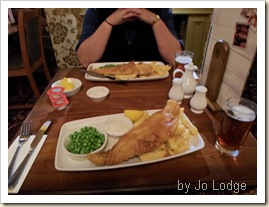 We both opted for the Haddock and Chips which were excellent. Two meals out in two days, I am going to need to work more locks. We had a lovely time in Stafford and caught the 1.20pm bus back with out saver ticket, which only cost us £4.85 for the two of us, this is a school holiday special we were told by the bus driver.

I am a big people watcher and so whilst on the bus going into Stafford, I sat and watched those around me, the one person who got my attention and I could not even see him because he was behind me, but oh boy I knew he was there because of his colourful language every other word and then because he obviously passed wind and even though the wind was open, this did not help the smell, which was absolutely dreadful. If I could have moved seats I would have, but the bus was pretty much full. Why are some people so disgusting and have no manners?

Anyway I am now back on the boat, where Paddy and Marmite were both sitting waiting for us. The TV is on and the Olympics are giving us more medals.