Whittington to near Grendon Bridge on the Coventry Canal. 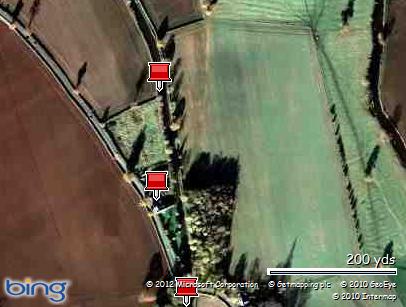 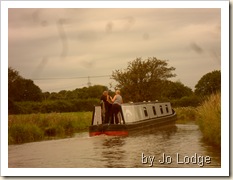 Lynne and Roy on NB Andromeda came past yesterday, so we had a quick natter with them as they make their way back to Stone. 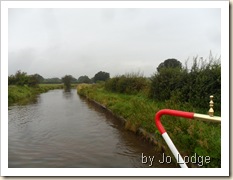 We set off from our mooring at 8.10am and no sooner we wound the engine up, rain began to fall steadily from a very heavy sky. 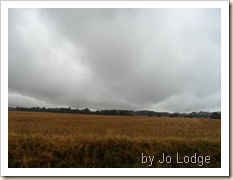 One of the few fields that has been harvested in this area. It was all quiet on the canal as we cruised on past Hopwas Hays Wood and through Hopwas itself.

By the time we got to Dunstall Bridge we were behind another boat and we followed them all the way to Peels Wharf.

They were moored up on the sanitary station with another boat, so we hovered whilst they both did what they needed to do. 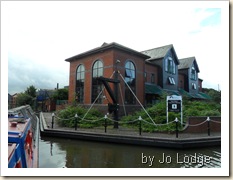 Both boats left the station and so we then had the 70ft mooring to ourselves. We filled our water tank, emptied the toilet cassette and got rid of two sacks of rubbish. As we left the sanitary station the rain stopped and the sun came out and it stayed out. 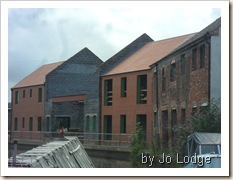 At Fazeley Junction it is very sad to see the construction at the junction has been abandoned, with the buildings unfinished. It was intended to be a residential Care Home complex and 12 ‘assisted living’ apartments, but it seems that who ever put the money into the project has now pulled out and the junction is left with an eyesore. It may have been better if they had left ‘The Boathouse’, a historic canal warehouse and the other building as they were. A sign of the times unfortunately. 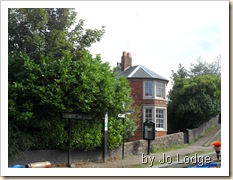 We continued past the toll house and onward to Glascote Locks, where we joined a queue. 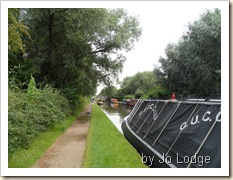 There were two boats ahead of us and boats coming down, which was very handy. 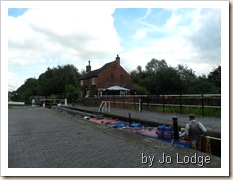 The Glascote Locks are not the quickest of fillers, but we were soon on our way through Tamworth. I made us a bit to eat as we headed off towards Alvecote, which we wanted to get through. 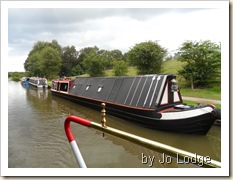 Moored up for the Alvecote Historic Boat Gathering at the weekend was Lillian, with Lynne and Ian on board. We will see them at Shackerstone and will get the chance to have a good catch up. 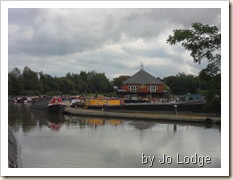 As we passed by The Samuel Barlow, there were already plenty of boats moored up waiting for the weekend to begin. Yesterday a few boats passed us, including the Fuller gang and their boats, which are always a joy to see. 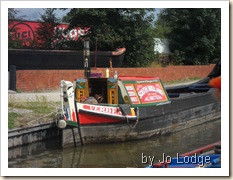 One year we will go, but this year we have offered our services at Shackerstone to help set things up, so it would be a hard push to leave Alvecote and get to Shackerstone to help them, especially as some of the boats from the Alvecote do are also going to Shackerstone. I have visions of the Atherstone flight being chaos, so we are giving it a miss this year. I sincerely hope the weather is kind to them and they have a wonderful turn out.

Onward through Polesworth and on to Grendon Bridge, which is where we are now moored up for the rest of the day. 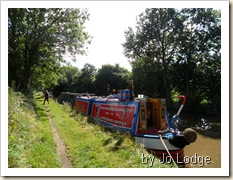