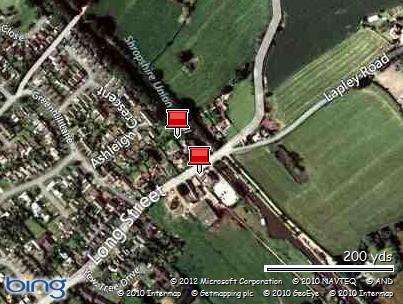 Another 5 am wake up call and another foggy morning, but no where near as foggy as yesterday.

Took Paddy out for his walk at 5.45 am and it was absolutely beautiful with the sun trying to break through the fog. The photograph above was taken from Moat House Bridge.

6 am we left our Moat House Bridge mooring heading off into the fog. 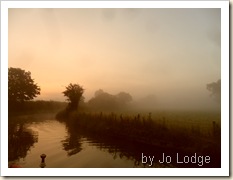 On mornings like this, it makes me realise how wonderful my life is.

We did not meet another boat until we got to Cross Green. There were a few moorings available, which is pretty unheard of on this stretch. The sun was now burning off the early morning fog and bathing us in warm sunshine, I was so glad I had chosen to wear my shorts for a second day.

We got to the narrows at 7.15 am and I walked ahead to make sure nothing was coming in the opposite direction. With nothing approaching it was plain sailing for us all the way to Autherley Junction, where we turned on to the Shropshire Union Canal. 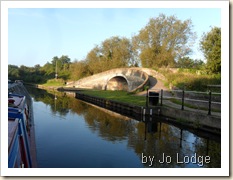 With the stop lock done, I made us some coffee and toasted muffins, because I was feeling peckish. 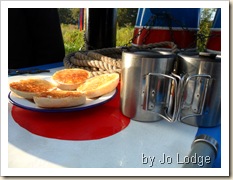 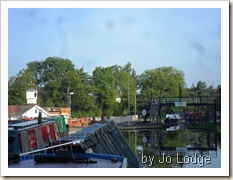 Up past the Wolverhampton Boat Club. 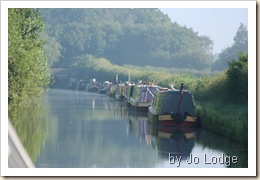 The 48 hour moorings between bridges 7 and 8 were heaving.

The balustraded Avenue Bridge 10 looked lovely in the morning sunshine, it leads to Chillington Hall. Passing Brewood we headed towards Stretton Aqueduct. 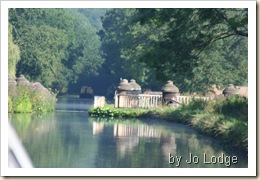 Coming from the other side a hire boat was approaching, but we got there first and said "thank you" to them for allowing us through. 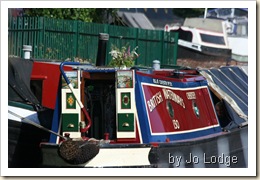 We past Bakewell and Chertsey but no sign of Sarah or Jim. 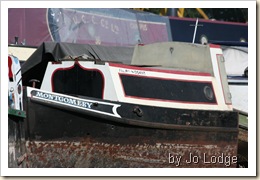 FMC Butty Montgomery seems to have lost the rest of her hull. 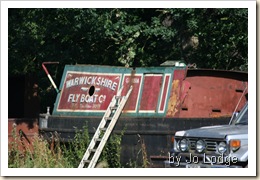 Gambia interests me, but cannot find anything about her. 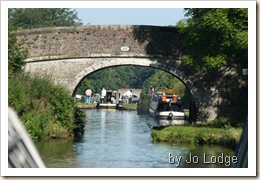 We arrived at Wheaton Aston Lock and were 3rd in the queue to go down. Boats were coming up as well from the sanitary station, which helped us all. 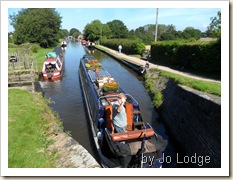 Also in  the queue for the lock were Heather and Peter Underwood on Blackberry Way. We got to have a catch up chat with them both, whilst I helped with the lock and were to see them again later. 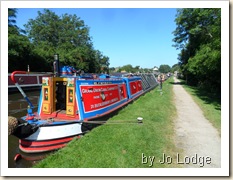 Down through the lock and on to the sanitary station moorings to fill up with water, get rid of rubbish and to empty the toilet cassette. It was now very hot and shade was needed. 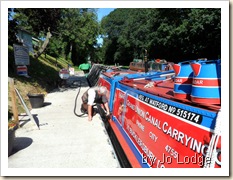 Having finished at the sanitary station, we moved off and on towards Turners for diesel. At the moment they are charging 73.9p a litre, which is the cheapest on the cut. 505 litres later the tank was filled, we then had the deed of paying for it. The last time we filled up was at Turners in February, so that was not bad considering the amount of cruising we have done. Diesel paid for we decided not to go and wind at High Onn but to moor up on the towpath opposite Turners, where there was a nice shady spot with our name on it. 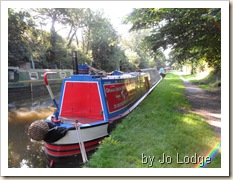 All moored up, I suggested lunch in the Hartley Arms, as we have had salads for the past two days, Keith thought it a great idea, so we locked the boat up and headed off to the pub, where fish and chips were enjoyed with a pint each to wash it down. The meals were so good we have booked a table for Sunday lunch, as they have a carvey for £5.95, so I am looking forward to that. After lunch walking back to the boat, we stopped off and had a chat with Heather and Peter and were invited to join them for a cup of tea. The chairs came out as did the biscuits and mugs of tea and we sat and nattered, laughed and chatted some more about anything and everything. It was really nice to sit and chat to them both, because normally we only see them in passing. We were having such a wonderful time, that it was 5.10 pm before we realised it and so we said our goodbyes, as we needed to feed mog and dog. I am quite sure we will see them both again in not the to distant future.

Back on the boat, it was a sandwich for tea, as I was still full up from lunch, the TV is  on and yep I was glued again to the Olympics.