Best laid plans and all that. 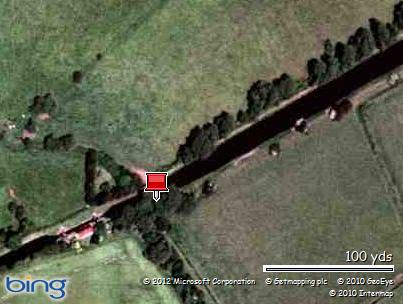 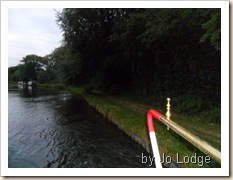 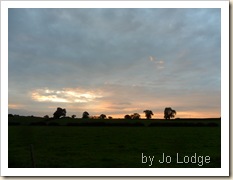 We were hoping to get as far as possible before the forecast rain appeared, so we crept past the moored boats on what started out as a beautiful morning, with a lovely sunrise.
We made it to Deptmore Lock. The cottage is still under going restoration, but is looking good. I filled the lock and Keith steered the boat in. Gate closed, paddles down, I wound the bottom paddles up and waited for the lock to empty. Gates open and Keith begins to bring the boat out, it was then he announced "I have no gears" arghhhhhhhh. It appeared something was amiss with the gearbox control cable, so as he glided out of the lock he gave me the stern rope and I held the boat in the mouth of the lock, whilst he checked to see if the gearbox control cable had come undone. It was all ok in the engine room, but he then discovered when taking the floor up in the back cabin that the cable had in fact snapped grrrrrrrrr. Now we are spares people, we have spares for everything, except you guessed it the gearbox control cable. With that discovered I then grabbed the centre line and pulled the boat over to the lock mooring, both Keith and I then bow hauled the boat away from the lock mooring and onto a bit of bank where we could get the Rond anchors into. 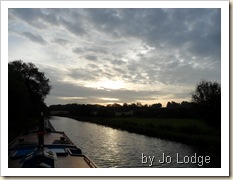 The first place that came to mind was Midland Chandlers, but would they have gearbox control cables, Keith went online to have a look and yayyy success they did, but to get one it was a two and a half mile walk back to Midland Chandlers. At 7.15am Keith left me on the boat whilst he walked back to Midland Chandlers, all's I kept thinking was "I hope they have one after all of this".
Whilst Keith was gone, I made myself a coffee and then contemplated on what to do next. I decided to clean the outdoor brass, then had the urge to clean the engine brass and copper as well. Job two was to check the gearbox oil, as I noticed the disposable nappies under the gearbox were looking very soggy. The gearbox was very low on oil, so I topped it up with oil, replaced the nappies and tightened up a couple of nuts which were a little loose, so that may explain the oil loss, but it is something we will keep an eye on.
Keith got back to the boat, apparently he got to Midland Chandlers at 8:00am, waited till 9:00am for them to open, he got 2 new cables, so now we have a spare for that as well. He managed the walk back in an hour. He did look ever so slightly knackered, so I made a coffee and he sat down for an hour before getting on with replacing the broken cable. I was his gofur, that way he did not have to keep moving. By 12 noon it was all done. Whilst replacing the cable the rain had started, so we decided that we were stopping  below the lock for the today. 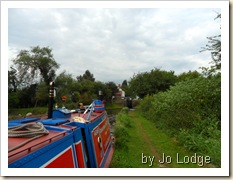 Since starting this post, we have had lunch and the rain is lashing down. Maybe we will have better luck tomorrow. Just goes to show leaving early does not always pay off.
Posted by Jo Lodge at Wednesday, August 15, 2012