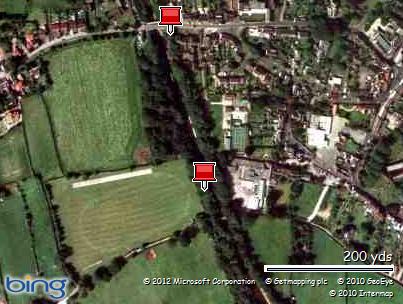 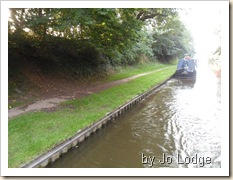 Up, about and on the move at 7.15am. With the Olympics over there was no reason to stay in bed and see the news. Unfortunately I did not see the whole of the closing ceremony due to a raging headache. At 10.30pm having seen it up to Annie Lennox, I gave in and went to bed, Keith stayed up to see it till the Olympics was handed over to Rio.

We left Wheaton Aston and headed off towards High Onn. The canal is very straight with wide expanses of farmland, linear moorings and cuttings full of trees, so plenty to take in. 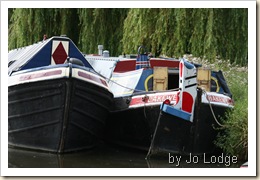 At Stretton Wharf Aqueduct, Sarah on Chertsey and Bakewell popped out of Bakewell's back cabin to say "hello". We exchanged plans for the coming few weeks, before say "cheerio". It was lovely to see Sarah again and I am sure we will see her and Jim again.

A pair of Kingfishers flew before us at Rye Hill Cutting Bridge. 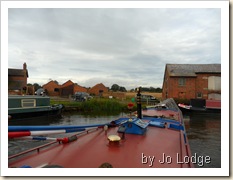 At 8.15am we arrived at High Onn and winded in what is a very shallow winding hole. 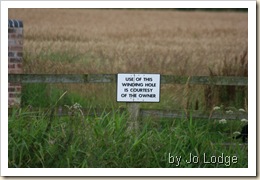 I wonder if anyone actually asks the farmer, when the waterways and its winding holes belongs to the Canal and River Trust. 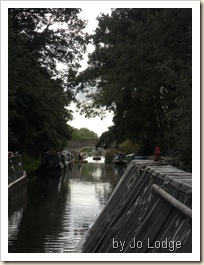 Back at Wheaton Aston, boats were on the move as we approached the lock. There was one boat just going into the lock and another waiting to come down, so we pulled into the lock mooring, I stepped off with the centre line and secured the boat. I then walked up to the lock to give a hand. It was then our turn to use the lock, with another boat ready to take our place. on leaving the lock behind I went to make us a coffee and whilst in the galley, I could hear Keith chatting to someone on the towpath, it turned out to be Andy and Hilary on The Maisibert. 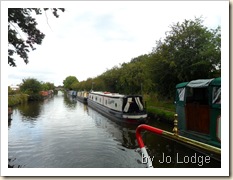 We again had a quick chat as we passed. It has been sometime since we had seen them and I must admit I do not always get to read their blog. 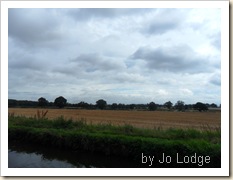 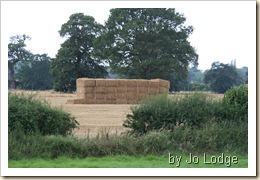 Over the weekend the local farmers have been putting in overtime to get their harvests in and their straw baled. Autumn is coming and the Swallows, Swifts and House Martin's will be leaving for the Winter homes. Even the Blackberries are out. 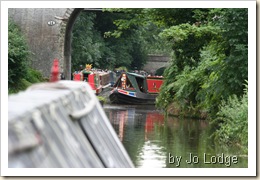 Brewood was busy, there were boats coming and going and one in particular looked familiar as it wiggled its way into a mooring. As we got closer Keith realised it was Evelyn and Graham on NB Rome. 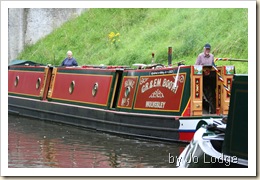 On passing Rome, Evelyn suggested that if we wanted to moor up we did it quickly because it was very busy, but the problem was we could not find a mooring. We carried on along the 48 hour moorings and as we were about to give up on finding a mooring, a boater on the final space was getting ready to leave, so we nipped in his place no sooner he had gone with a wave. 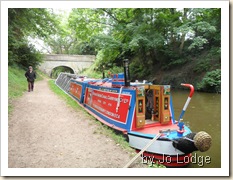 Having moored up, we locked the boat up and went and paid Evelyn and Graham a visit. For those who recognise their names Evelyn runs Lockside Antiques. We have bought a few pieces from her in the past and love seeing them when we can. Evelyn made us a cup of tea and we sat and chatted, Graham had gone off shopping, but on his return we caught up with all their news. Lunchtime came and it was time to say "cheerio" to Evelyn and Graham and to head back to the boat, where I made us something to eat. After lunch we took a walk up into Brewood. Brewood is a small town with many historic buildings. 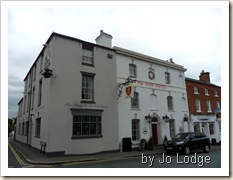 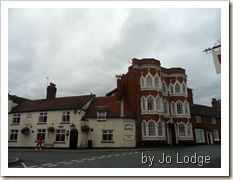 Speedwell Castle stands right in the centre of the village/town. It was constructed around 1750, the story goes that it was built by an apothecary using the proceeds of a bet on the Duke of Bolton's horse 'Speedwell'. It has now been turned into apartments. 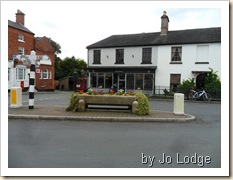 Brewood Market place, which in its day would have been filled with stalls and animals. There are a few shops for provisions should you need them, a bank and a few beauty salons, oh and also places to eat, including The Curry Inn. 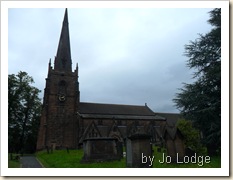 Saint Mary the Virgin and Saint Chad was built in the 13th Century and is a stunning church, which is open to the public. 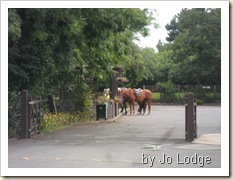 Having enjoyed our wander around the village/town, we strolled back to the boat, the TV aerial went up and a coffee was made. No Olympics it is back to watching Film4. Roll on the Para-Olympics.