Below Deptmore Lock to Bridge No.55, near King's Bromley, Trent & Motorway (Mersey) canal. 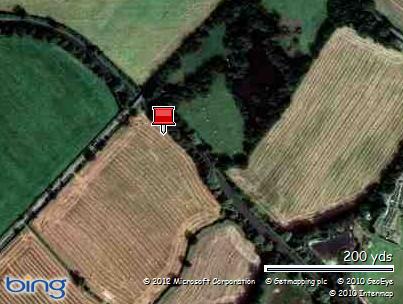 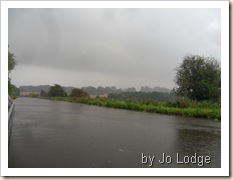 Most parts of the country had heavy rain yesterday and we certainly did. It lashed it down for hours, which made us so glad that Keith had been to Midland Chandlers and back again before the weather closed in.

This morning we woke to the sun coming up. It was breezy but that kept the clouds on the move. We were awake early, so I got up and made us a brew, whilst we thought about what time to set off towards Great Haywood junction. Paddy got his walk up past the lock cottage where I watched a pair of Buzzards dancing in the sky and a Tawny Owl calling from the woods. The perfect start to the day. 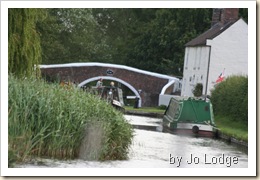 By the time we reached Tixel Lock, a boat was just leaving it, so they left the lock ready for us, which we thanked them for. 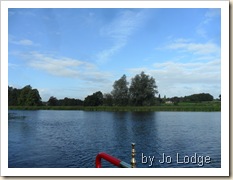 Tixel Wide looked lovely in the morning sunshine, there were a few spaces to be had, where boats had moved off. 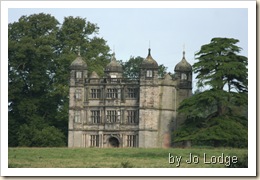 Tixel Gate House looked resplendent as always. The gate house was built in about 1580 by Sir Walter Aston. Apparently Mary, Queen of Scots, was imprisoned at Tixall for two weeks in 1586.
We crossed the aqueducts over the River Sow and Trent, both rivers were well up and had a good flow on then due to the rain we had yesterday. 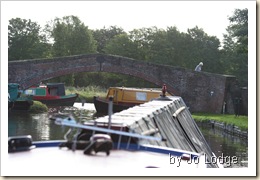 At Great Haywood Junction as we passed the hire company a hire boat turned under the bridge, so Keith backed off to allow them through, whilst this was happening another boat was also passing across the junction, so it was all go on the T&M as usual. We turned right at the junction at 9.05am. 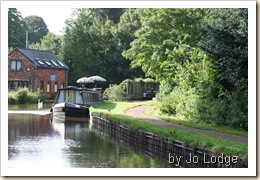 Amazingly there was no queue at Haywood Lock, so I stepped off the boat and set the lock for us. 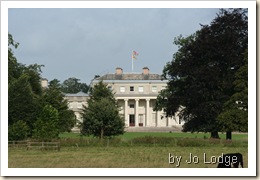 Lock done, we cruised past Shugborough Hall, there were a few mooring places, but once again we were not for stopping. Lots of boaters waved as we past and commented on how lovely the engine sounded, to which I said "Thank you". Colwich Lock as always had boats queuing to use it. We were fourth in the queue, so Keith dropped me off under the railway bridge whilst he hovered, as we could not get into the bank until the other boats moved up. 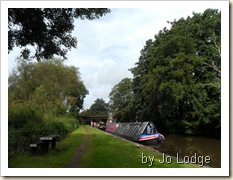 One by one the boats descended the lock and a couple of boats came up. When it got to our turn, there was nothing coming up, so I set the lock for us with the help of the boaters behind us. 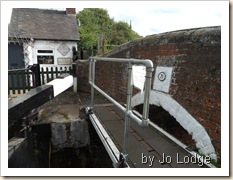 Colwich Lock like many other locks with footbridges has a scaffolding hand rail and a notice on it, saying that a proper handrail is going to be fitted. 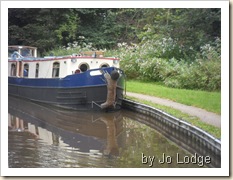 Love these fenders, it looks like someone hanging on for dear life. 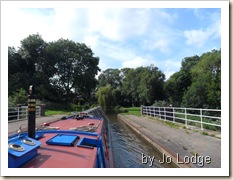 We crossed the aqueduct at Brindley Bank and headed into Rugeley, with the Power Station chimneys greeting us as we got closer. I have never seen so many boats moored in and around Rugeley, all the moorings were taken, so it was just as well we did not need to go food shopping. On passing NB Phoebe the couple who own her, shouted out that they read our blog on a regular basis, so "Hello" and thank you for reading our blogs. 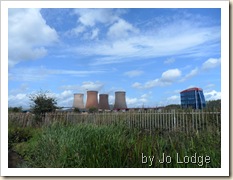 I said "Cheerio" to Rugeley and onward we went passed the Hawkshead Priory, Keith let me off the boat to walk up through the narrows and the Armitage Tunnel. As I walked through I waved Keith to come on, it was then I spotted three boats arriving at the other end, so I ran the rest of the way under the road bridge to let them know we were already coming through.

The first boat was a hire boat and the gentleman on board did not realise someone should walk ahead, I told him there was a yellow sign further back, giving instruction on what to do, but obviously he did not see it, so he asked me to speak to his wife and daughter on the bow and to get one of them to walk on ahead of the boat. With our boat coming through, I walked on to the next bridge where Keith picked me up. Having gone past Handsacre, we were out into open countryside, where the banks are lined with hundreds of Oak trees and the soil is very sandy. 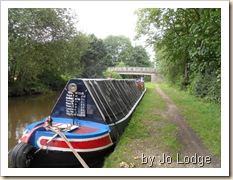 We arrived at bridge 55 at 1.30pm and with a couple of spaces to be had we decided to stop. All moored up the heavens decided to open, so we stopped just at the right time. The Trent and Mersey as always was like the M25, so I have decided to rename it the Trent and Motorway. We have met so many boats today either on bends or coming in to bridge 'oles and many of them did not slow down, so it was just as well we had our wits about us.
We have TV, so we can watch the news and weather later to see what it is going to be like for tomorrows cruising, this will determine what time we set off in the morning.
Posted by Jo Lodge at Thursday, August 16, 2012