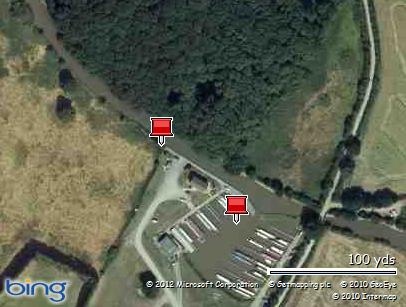 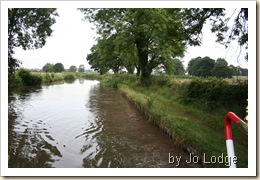 We left our Grendon mooring at 7 am with a view to heading up the Atherstone flight nice and early. 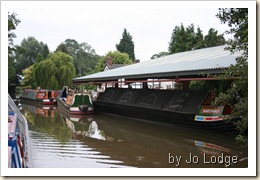 We crept past Grendon Dry Dock, where a young woman was like us up early, but she was painting. Malcolm Burge's boats were as always looking very smart. 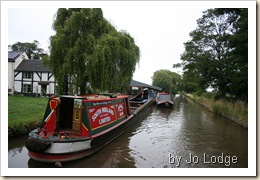 On our way towards the locks, we passed Sanity? the Fudge Boat. No sign of either Heather or Tony. It is always a great joy to see people you know and today was no exception. 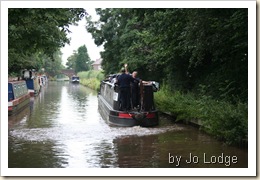 Before reaching the bottom lock of the Atherstone Flight, I saw a boat coming towards us and knew it was The Cheese Boat, Keith was not so sure, but I was and I was proven correct, when Geraldine began waving at us. On passing we had a quick chat with both Geraldine and Michael, it was lovely to see them and to see them both looking so well. We will catch up with them properly at The Village at War weekend at Stoke Bruerne.

7.30am we arrived at the bottom lock and were surprised to see only one boat moored on the 48 hour moorings. NB Somerton was to follow us up the flight. I stepped off the boat and opened the lock gates as the lock was already empty. 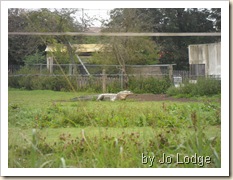 Look what I spotted whilst we climbed the Atherstone Flight of locks. All the way up the locks were either in our favour or there was a boat coming down, so the lock was then set in our favour. 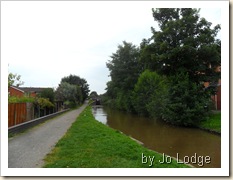 Before we knew it, we were approaching the top lock and once again there was a boat coming down, so they left the gates open for us. 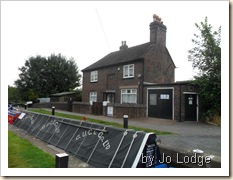 My sadness today was the sight of the top lock cottage empty. It appears Tony has gone. Tony Wright MBE used to be the lock keeper, he was made redundant from his job in 2010 and now it looks like he has left the cottage. Tony was a fantastic lock keeper, not only did he do his job well, he looked after the locks and kept the towpaths mowed and tidy. Sadly they are now looking very shabby. I guess the lock cottage will be added to the list of lock cottages sold off.
9.30am we left the top lock set for another boat who had just filled up with water and we pulled into the moorings past bridge 41, because I needed to go to a chemist to get some cream for a bite on my arm which I got yesterday. Overnight I have grown a lump on my arm the size of half a boiled egg, its red and itches like the blazes. Moored up I took my rucksack and a bag, Keith and I walked into Atherstone. I got some cream from the chemist and then did a bit of shopping in the Co-op to tied us over until I can get a Tesco delivery at Shackerstone. 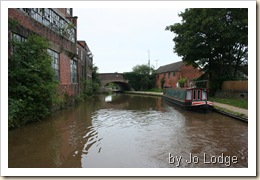 10.25am we set off again, I made us a coffee and put the shopping away. 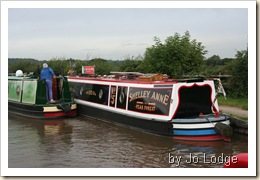 At Hartshill we past NB Shelley Anne, which belongs to Sarah-May who we have known for a few years now. Sarah-May runs Baddie the Pirate. She has all your LED lighting needs and we needed a new bulb for our lamp, so we pulled in opposite the Canal and River Trust yard, I held on to the centre line whilst Keith went and saw Sarah-May about a new bulb. 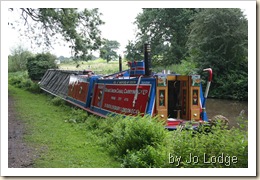 Not far from Hartshill we pulled in and moored up as it was midday and with Nuneaton coming up, we decided to do that in the morning. No sooner we stopped, Marmite was out the engine room door to sit on the grass and Paddy was flaked out on the back counter. Another good mornings cruising.
Posted by Jo Lodge at Tuesday, August 21, 2012