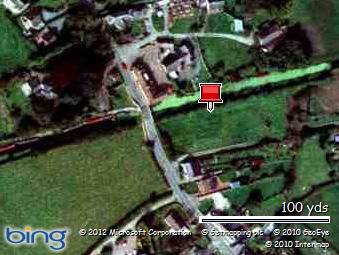 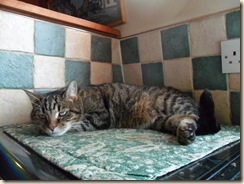 Marmite looked like she had been on the tiles all night, when I saw her lying on the galley stove. Either that she felt like the day was going to be to much for her. 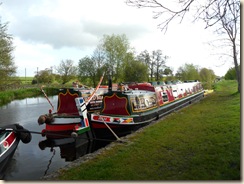 When Paddy and I stepped off the boat for his morning walk in the sunshine, moored a couple of boats behind us were Oak and Ash the hotel boats, who came past yesterday afternoon. 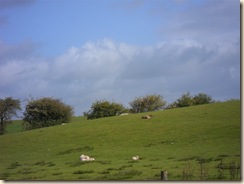 Unfortunately whilst walking back to the boat, I spotted a Ewe dead in the field on the opposite side of the canal, so once back on board, I left Paddy and set off in search of a farmer. Over the road from the boat is a farm yard, the barn has been converted into homes. I was greeted at the gate by an Alsatian and the lady of the house. I asked if she knew who owned the sheep and thankfully she did. She told me she would contact the owner and let them know about the Ewe. The sad thing is the Ewe has twin lambs who at one point were standing by their mother, obviously wondering why they were not being fed. So very sad, but that is life and nature. 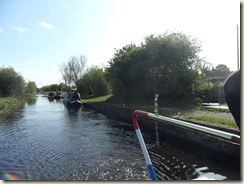 Having done my good deed for the day, we prepared the boat for the off at 9.10am and left our mooring behind. 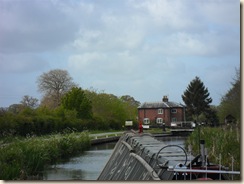 We headed away from the A5 and into the peace and tranquility of the countryside, with lock 1 in sight. 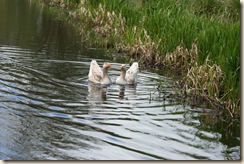 The evil twosome were on duty below the first lock. 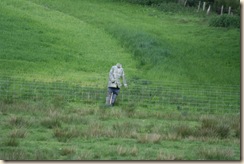 Onward towards lock 2 and the headless man appeared in the field. The canal and the countryside are very pretty along this stretch and it is very noticeable that there is no road noise, just the sound of the birds and Hadar's engine. 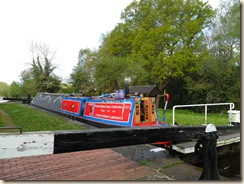 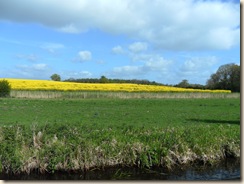 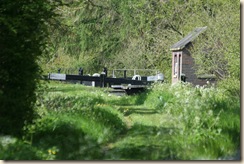 Lock 3 and the lock keepers hut. Swallows were swooping in and out from underneath the hut, where they are nesting building. 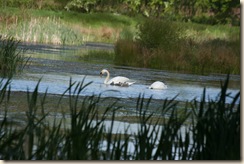 The Swan family who we met a couple of days ago with their new family, were out on the lake by the lock enjoying the weather. 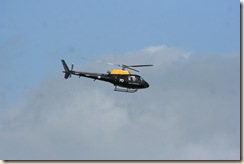 The Montgomery canal is very quiet and very rural, and then there are the helicopters which we saw as we did the second half of our trip. There must be a training base here somewhere. 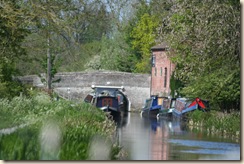 Maesbury Marsh came into view and it was clear the moorings were pretty much full, but a lovely couple on NB Joint Affair said they were just going and we could take their place, which was very kind of them. 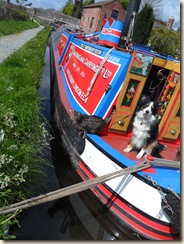 We moored up, but are a couple of feet away from the bank, much to Marmite's frustration. Paddy is not bothered because he never gets off the boat unless we say so, but Marmite does love to lay in the grass. After some lunch and a coffee, we went for a wander around Maesbury Marsh. A boater on the same moorings came and bought some kindling from me, which is the first customer we have had since being up here.

Maesbury Marsh is a sleepy little village, with its pub The Navigation and a farm shop, which we visited, the farm shop that is and not the pub because that was shut until Tuesday evening.

We have heard good reports from other boaters about the food, so maybe we will give it a go on our return journey if there is room to moor. 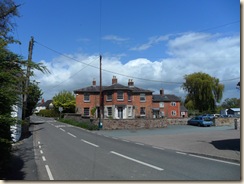 Wharfingers House, the harbour masters office. In the old days there would have been a coal wharf, along with the bone works, a grain store and flour mill. 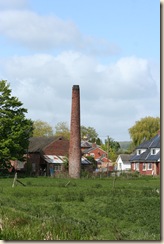 The chimney of the old Bone Works. The works produced fertiliser and glue. 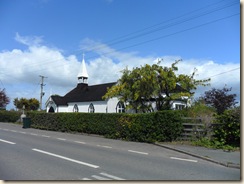 We walked along the road towards Maesbury to find the pretty little corrugated iron church of St. John's the Baptist. The church was built in 1906 and only took three days to construct. The church is still very much in use. 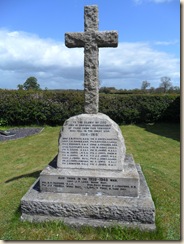 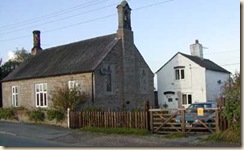 The 'Chain' school built in 1838, and caretaker's cottage, toth are now homes in private use. Maesbury National School was known locally as the 'Chain School' distinguished it from the 'Marsh School' and referred to its proximity to the toll road chain nearby.

For such a little village it has a bit of history and in its time would have been busy with boats coming and going along the canal. It is another place to cross off my list of places I have now visited. Before heading back to the boat, we called in at the farm shop and got some onions. If there is no one in the shop, you weigh your items and then place the money in the honesty box, which is very trusting of the people, because there is a lot of produce in the shop.

Back on the boat, I opened up the doors and windows to let some fresh air in, got the stove going to cook dinner and put up the TV aerial. With the fridge and cupboard looking rather empty, I then went online to place a Tesco food order which will be arriving tomorrow afternoon. I have also ordered some extra goodies for the new freezer, because it is working a treat. So another day of seeing new places and meeting new people.