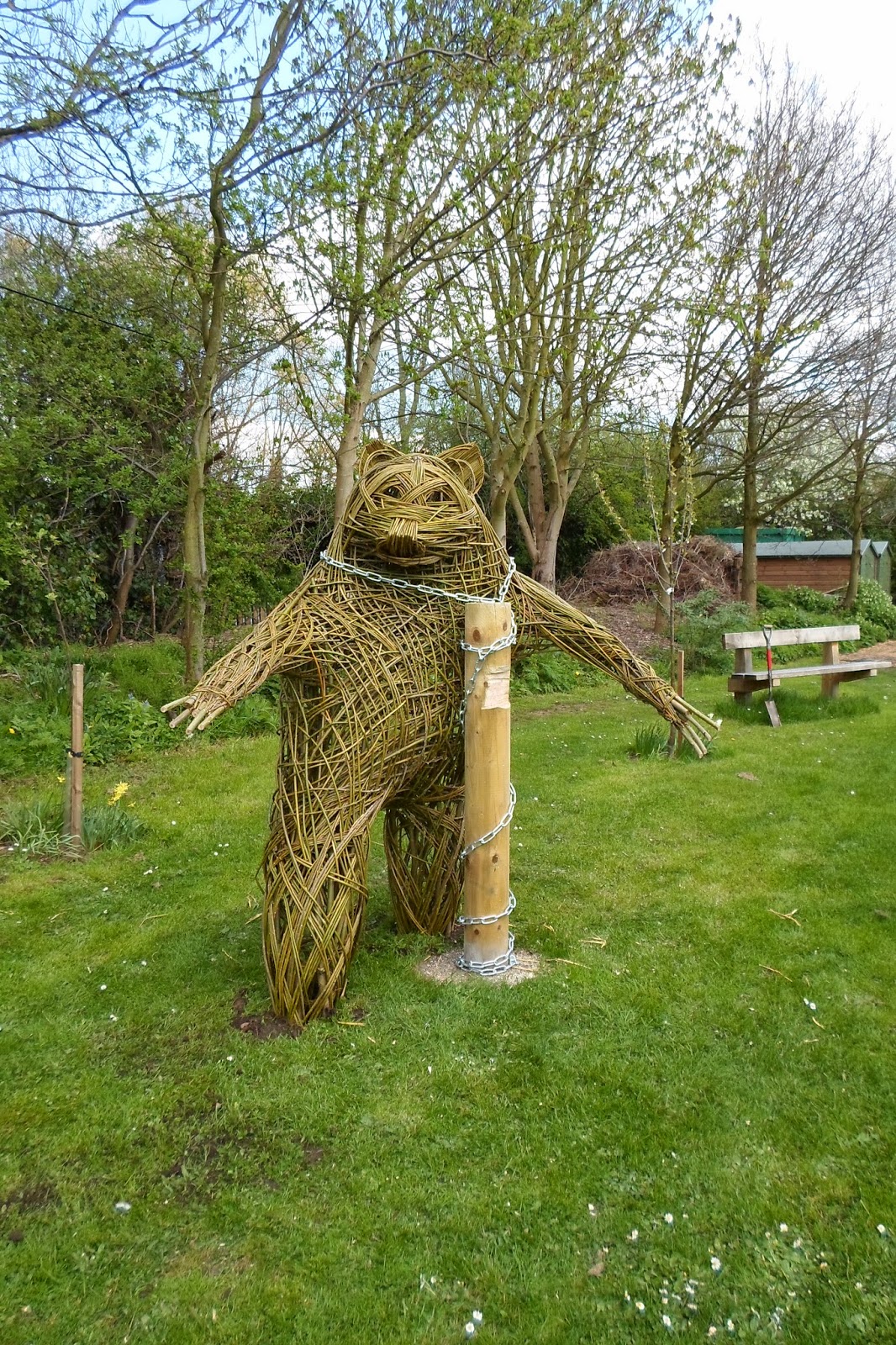 Bernard the Warwick bear arrived in the Saltisford Arm this afternoon, where he was stood by his ragged staff.
This year see's the 1,100 anniversary of Warwick and so the arm decided to do something to celebrate. Alan on the trusts trustees made Bernard from Willow and so he should be a living bear, if the Willow takes. He is a striking chap and a credit to Alan.
I have spent the day digging over one of the raised beds. I have split up the large plants and finished off with placing bark chippings across the bed to hopefully keep the weeds down. Keith collected yet more stones for our rockery, which is coming a long a treat.
Tomorrow it is the turn of our garden to get a bit of a make over, because the weeds are beginning to take over again. I also want to move a few things around. Whilst the weather is so nice, I am going to make the most of it.