Bernard the Bear is unveiled.

Bernard the Bear had his name unveiled today. 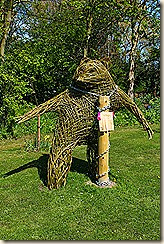 Jacky had made a curtain last night for his unveiling. 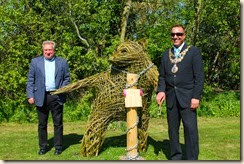 Alan Lorentzen on the right of the photograph made Bernard out of Willow and Warwick Mayor Bob Dhillon did the honours and unveiled the name plaque in front of local dignitaries, Trust Chairman Nigel Hamilton, Trustees and Residents. I had the honour of taking the photographs. 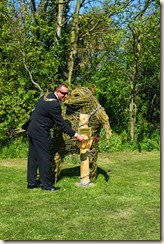 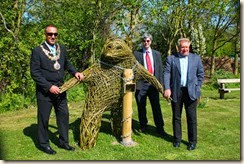 The weather was splendid and it was as if we had ordered it. 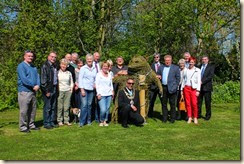 Some of the people who came to see Bernard named.