Foxton to Market Harborough and Back. 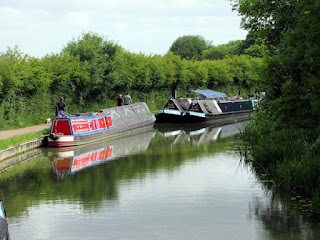 It has been a glorious, but busy few days, hence I am in catch up mode for the blog. We spent a wonderful weekend at Foxton above the locks. We met up with a lot of old friends, but also made some new ones. Sunday evening we sat out with other boaters until 10.30pm nattering and having a good laugh, but it then got to chilly and bed was calling. Most of them were either vloggers or on Twitter. I like to pop in and out of vlogs, but for me to be come a vlogger, it would take up way too much time. So I will stick with what I know and can cope with. We had a brilliant time. 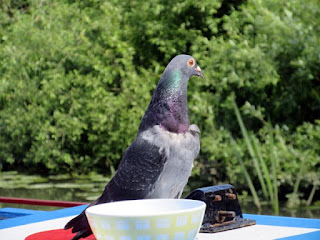 We had a feathered visitor. This dark chequred racing pigeon needed a rest and some water. She was wearing race rings and had more than likely stopped off on her way home. Unfortunately, I realised after she had taken her first drink, she had water dripping out of her chest. At first I thought it had run down her feathers, but on closer inspection it revealed she had hit a wire and so anything she drank just came out of the wound. I did try and catch her, but she was having none of it and after a rest, she flew off. I hope she made it home, but I fear she may have perished before flying home to her loft. 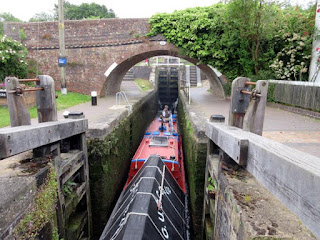 Monday morning, we set off down the Foxton Locks flight. We were the first boat going down and did it in just under an hour. 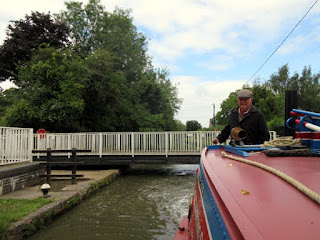 Having worked the two swing bridges, we were on our way to Market Harborough. 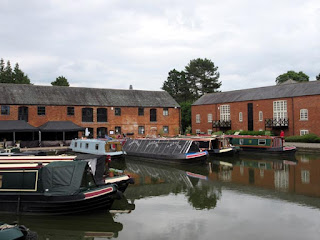 We moored at the Waterfront in Market Harborough wharf at 12:20pm, 3hrs 25mins, 10 locks. We spent a couple of nights in the basin and enjoyed being back in Market Harborough. We went and saw our friends at the Hfm radio station, had lunch in the Sugar Loaf, which belongs to Wetherspoons and did some shopping. 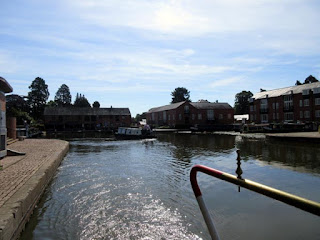 This morning we left the basin, having used the services area and headed back out to Foxton. 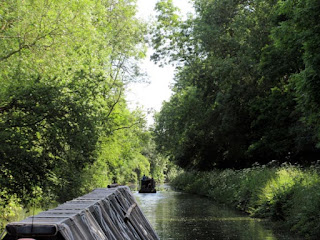 We had a pleasant pootle and are now moored before Foxton junction and Foxton locks at 11:40pm, 2hrs, no locks. 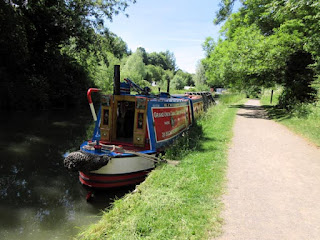