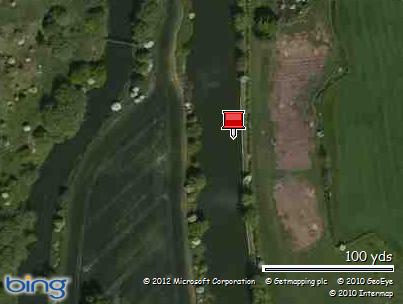 With no TV signal, Keith and I went out for a walk. To the left I walked down to the viaduct. 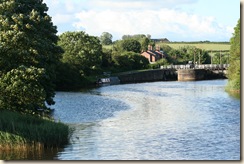 Giving me a great view of the boat below the locks. 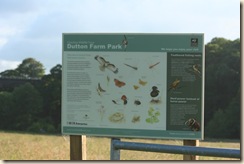 There is Dutton Farm Park, if you want a decent walk and see some of the flora and fauna, Keith and I then walked up past Dutton Locks, where there is an interesting read on the locks information board. 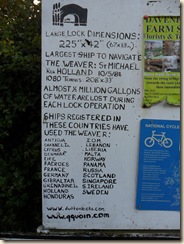 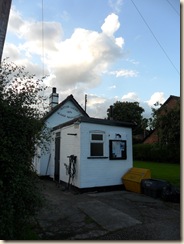 We walked past the sunken boat 'MV Chica'. 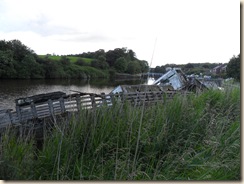 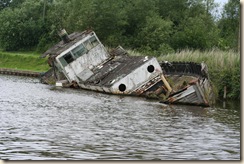 The 'MV Chica' has languished at Dutton Locks since one dark night in March 1993 when she allegedly, without it appears any outside assistance, sank at her mooring. An interesting piece has been written about her. READ also READ. Both pieces show that the 'MV Chica' had an exciting life. So it is sad to see her as she is today.

Our walk lead us along the towpath, we then turned left on to a footpath, which took us away from the river. 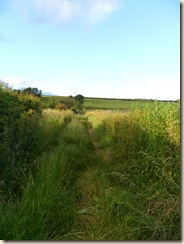 We followed the footpath across fields. 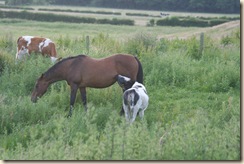 This calf decided that the horse needed a wash. 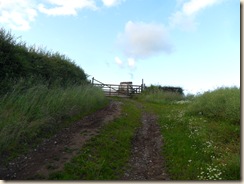 It took us to bridge 211 on the Trent and Mersey Canal. From the bridge you can see Dutton Locks and Acton Swing Bridge. 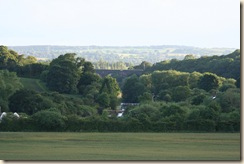 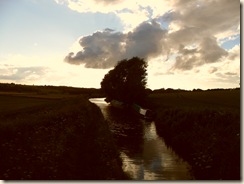 The sun was beginning to set and after enjoying a stunning view, we did an about turn and walked back down the foot path. 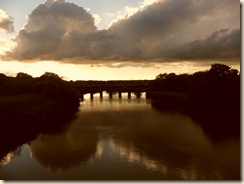 It was very atmospheric with the sun going down over the Dutton Weir. 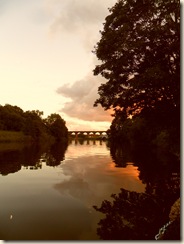 Dutton Viaduct at sun down. 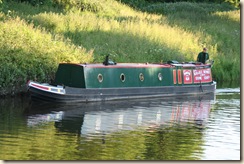 Just as we got back to the boat Richard pulled into the lock mooring on Pangur Ban another Roger Fuller boat.

My day ended with watching a DVD and then retiring to my bed, where the new pillows were waiting for me.

A new day and the sun was shining. Three boats went up through the locks early, these included Pangur Ban, we followed sharing the lock with Camelot II. 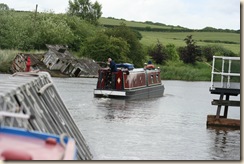 I waved farewell to 'MV Chica' as we passed her by. 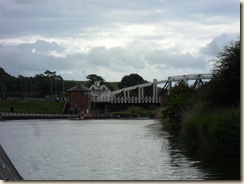 By the time we got to Acton Swing Bridge we had caught up with Richard who had stopped for water. 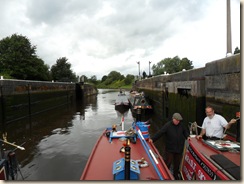 We were one of five boats in Saltersford Lock, we breasted up with Richard and Camelot II came alongside us. I had a lovely chat to Keith the lock keeper whilst we waited for the lock to fill. 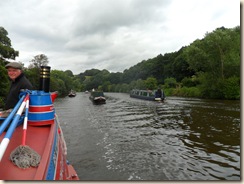 We left the Saltersford Locks and made our way to the Barnton Cut moorings, where Richard moored in front of us. He very kindly invited us in for a coffee and a chat. With us both having Roger Fuller boats, we had a lot to chat about. Richard has only had the boat since Christmas and so is still getting to know her. It is always lovely to meet new boaters and especially those who have Roger Fuller boats. After time spent on Richard's boat, it was time to say cheerio and to head back to Hadar for some lunch.

As I type this the sun is shining and the wind is blowing. I have some washing hung out to dry on the back counter. I am now going to enjoy a relaxing afternoon.