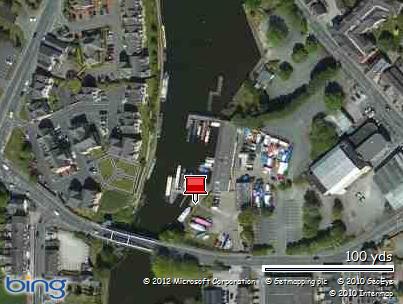 Travelled 2.5 miles, went down the Anderton lift in a time of 2 hours 50 minutes. 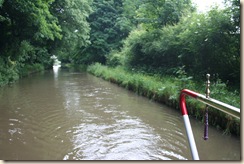 We left the Marbury Park mooring at 8.25am, and headed to the Sanitary Station to take on water, empty cassettes and get rid of rubbish. 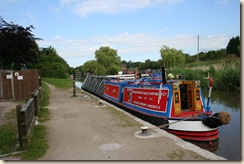 After we did all the necessary, we headed off for the Anderton Lift. 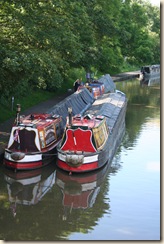 We moored in front of Swallow and Buckden. We were to pair up with John on Buckden to go down the lift. 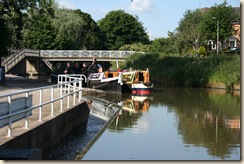 Sue on Thea was ready to go down the lift with her crew on Saturn, they were first down at 10am. We then moved on to the holding moorings after they were in the lift. 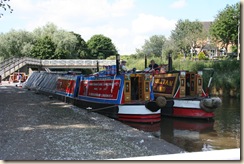 John breasted up with us, whilst we waited our turn at 10.45am. 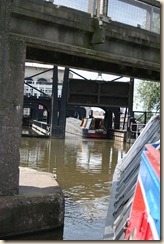 10.45am John went in first and we followed. We both entered the caisson together. 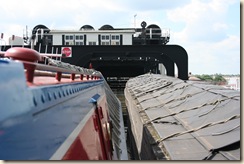 It was very exciting finally getting on to the lift, Keith has been trying to do this trip for 40 years, so you can imagine the smile on his face. 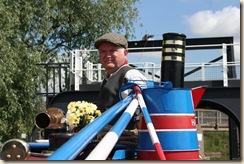 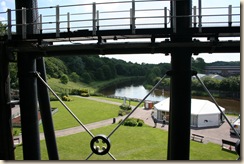 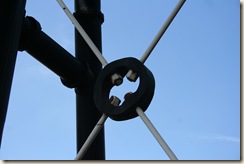 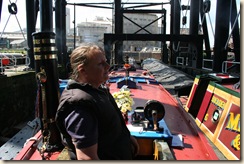 I got to stand at the tiller. 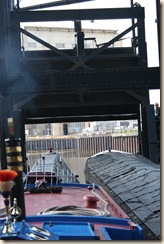 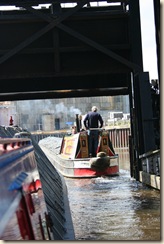 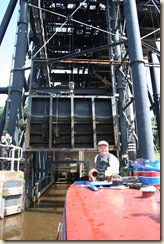 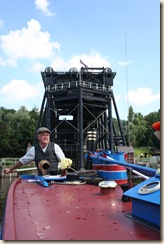 I was so very excited about coming down in the lift and i was not disappointed. 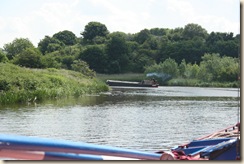 We followed John all the way to Northwich up the River Weaver which is stunning from what we have seen so far. 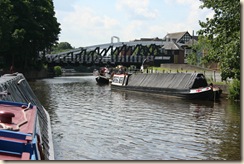 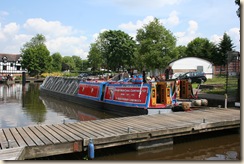 We pulled into the pontoon moorings to ask if they would like our help to set up for the festival this coming weekend, if they had said no, we would have gone on to Winsford, but Mike Carter the organiser was only to happy to accept our help and as he was organising the moorings, he told us where he wanted us and Buckden to go, but first he got Thea and Saturn into their mooring, and then Buckden and us moved into our Festival moorings. Having moored up, we had some lunch and then walked into Northwich Town centre. 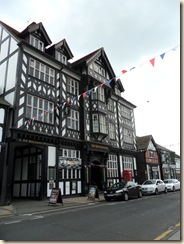 There are some pretty buildings in the town. 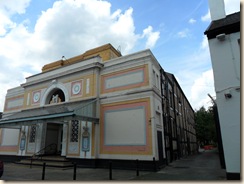 Whilst in the town Keith bought a second hand Nintendo DS for £29.99 at Cash Generator to replace his broken one, I went to M&S to get a few items, I had wanted some new jeans but did not like the way the M&S ones fitted, so left them on the hanger. We walked out of town to Argos to get a voucher for Keith Nephew who is getting married this coming weekend, the walk really wore Keith out, so we stopped and had a coffee, before looking around the town further. As we will be here for a few days we will get to look around a lot more.

Dinner is now cooking, Paddy has gone for his evening walk and I am now going, so cheerio for now.